10 Amazing Reasons To Date a Geek

Are you someone who has tried out their luck in the dating world and it didn’t turn out to be so great? You have been on a date with that hot Instagram gym freak who turned out to be self obsessed. Lets not forget that one time you went out with the high school jock who was oh so boring throughout the entire time? Are you tired and considering giving up on dating for a while? Well, don’t do that yet! We may have a way out for you.

So, let me ask you something. Have you ever considered going out with the geeky guy? Yes! I’m talking about the guy who is always alone in the corner of the room, preferably with some comics or in front of a computer. You probably haven’t noticed him that much or you might have found him cute but ultimately paid no heed.

Who exactly are geeks?

A geek is someone who is crazy about technology( Computers, mobiles, gadgets, operating system or even programming languages), video games, cosplays or comics. These kind of people have the minimum social life and often tend to keep to themselves. 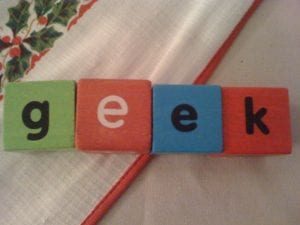 1. Geeks don’t play with your feelings!

Yes! This is one of the top reasons to date a geek.

Getting played is the first and foremost issue in any modern relationship. You often end up getting your heart broken. However, you won’t have to worry about that while dating a geek.

You can be 100 percent sure that they won’t play with your hopes and feelings. They are so consumed in their little world of computer games and cosplays that they do their share of playing there! The possibilities of getting cheated on is also zero.

When a geek says something to you, you can be confident that they are speaking from their heart and absolutely mean it.

2. Geeks are knowledgeable and creative as well

Be it math, computer or any other subjects, geeks are experts in their fields! It is exceptionally hard to beat a geek at his field of expertise as he knows stuff (like really knows stuff!). He is not one of those guys who speaks without having first hand knowledge about that topic.

Geeks can lecture you all night about the entire star wars series, but at the same time they will teach you useful stuff too. Yes, they are naturally intelligent. They will be there to fix and correct you so that you don’t embarrass yourself in front of a bunch of people.

This high IQ is one of the many reasons to date a geek. 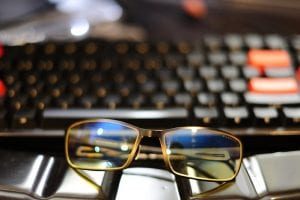 Another one of the many reasons to date a geek is that they are very creative! They might not look like it. Yes, it’s true that most of the geeks cannot draw or sing even if their lives depended on it. But, it won’t stop them from making you a thoughtful gift for your birthday ( probably something digital!)

3. Geeks care for you

One of the best reasons to date a geek is the fact that they are caring.

Have you ever looked at the way they treat their computers, action figures or comics? If they can treat an object with such utmost care and love, just imagine the way they will treat you!

In a serious relationship, they turn out to be the most caring person and will meet or try to fulfill your every need and desire. Take it from someone who has been in love with a geek for ages, they sure know how to treat their significant others!

Geeks are also emotionally more involved than a normal man. For a person who screamed louder than Luke Skywalker when he lost his hand or cried when Superman died, he is sure to be emotional. 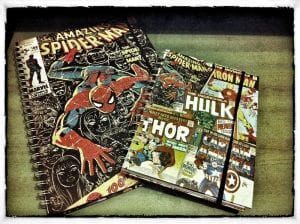 They are into the same comics, same programming language, same video games for years no matter how much pain it has caused them. This means if you are a bad partner, they will still look out for you! What more reasons to date a geek do you need after this!?

Loyalty runs in the veins of a geek. Geeks are gonna be committed to you. Wanna know why? It’s almost impossible to memorize all the dialogues of Battlestar Galactica if you are not committed to the show!

Sometimes things don’t always go their way but don’t worry. There is a chance that you might hurt them but they still will not give up on you. Because they invest all their commitment and time on that one game or show till they are left with nothing. And in a relationship this rule will apply to you too. This loyalty is one of the top reasons to date a geek.

6. They will never take you for granted

Another one of the reasons to date a geek is that they won’t ever take you for granted. Yes they will never mistreat you or behave rudely. Because when one of their characters die in a video game, they know it’s value and play more carefully the next time! They know that the game will systematically abuse them over and over again but they never leave or mistreat it.

Those geeks with their thick framed nerdy glasses and tall lean bodies are extremely cute. They might not be handsome to some, but most girls dig those glasses. Be it that programmer who sits beside you at work or that professor who is addicted to spiderman comics- geeks are no doubts one of the most adorable types of people in this world. 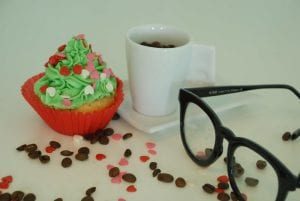 And if this is not one of the most important reasons to date a geek, I don’t even know what is!

Another one of the top reasons to date a geek is that their brains have a speed similar to that of a computer. This can prove to be both good and bad for you!

The good part is they will listen for hours. They are used to running codes for hours or playing the same game for the entire night. Trust me, listening to your problems will be a much easier task for them. And the last thing they will ever do is create a problem. They are very innocent and quiet people so you don’t have to worry about having an argument with them

The bad part is that they might drift away from the problem and try to find a solution which brings us to our problem solving point.

Geeks are excellent problem solvers. They are used to solving problems all the time- from fixing computer bugs and viruses to math problems. They know all the techniques and methods of solving problems. Often they face a problem which is out of their league (mainly social skill related) but they will find their way out and never let you down.

9. They will learn everything, adapt and are incredibly easy to please!

Geeks are learners. It’s something that naturally comes to them without any effort. You have seen him wrecking his brain whenever any new coding language or his favorite series is released. He will apply that same thing when it comes to learning new things about you. 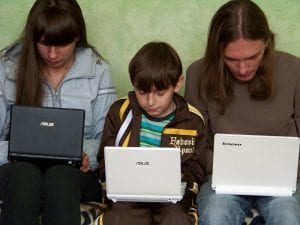 He will learn your likes, dislikes in no time at all. Yes, he will stumble at first but you need to have patience with him as he will succeed. They are bound to please you which is one of the best reasons to date a geek.

Also, he will adapt to your surroundings every easily. They are good at that. They might not like your social ways of life very much but they will try to fit and won’t complain!

Also, one of the most incredible reasons to date a geek is that they are super easy to please! Yes, you can be in your pajamas the entire day and he will still kiss your forehead and compliment you! Thinking of something expensive to gift on his birthday? Don’t! Just buy him his favorite comics or just a t-shirt of his favorite character. That will make him the happiest person.

This does not apply to every geek but it is true that most of them hate sports! If you are someone who hate game nights and all the useless shouting at the TV, then you are just in luck. 80% of the geeks hate sports. But they will spend the entire night with you watching their favorite series. And that is the most beautiful thing if you ask me.

Well, do you finally have enough reasons to date a geek? Then what are you even waiting for? Go be the CSS to his HTML!  Smile at him the next time you see him or better text right him now!

What are some of the other reasons to date a geek, according to you? Let us know your experiences!

Share
Facebook
Previous articleTop 50 Most Interesting Facts About Anything!
Next articleTop 5 Best Ways to Learn Spanish at Home!