Do you want to know some of the most expensive golf clubs in the world? With new developments in technology and construction material, golf clubs equipment seems to be getting even more costly in recent years. Does the price indicate better performance in the end? Let us go and find out! 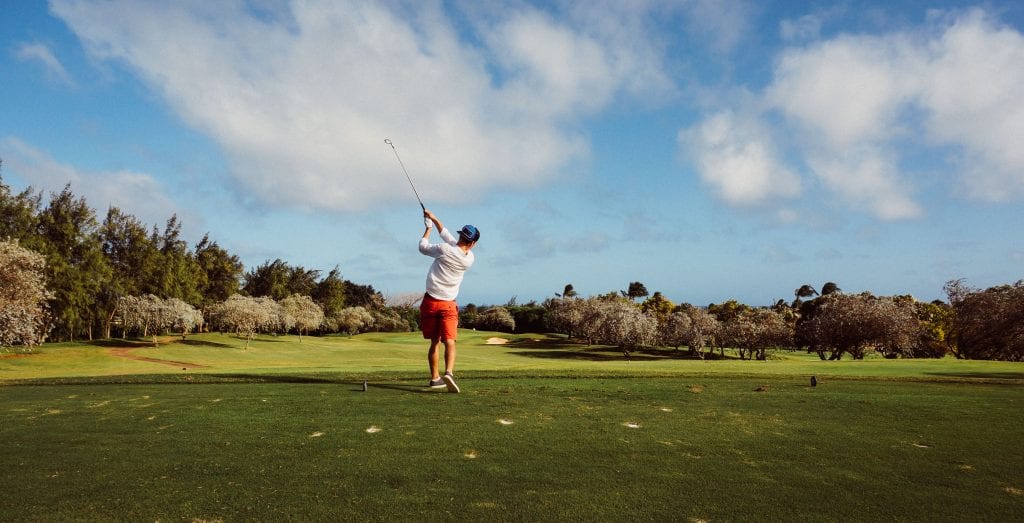 In the 1400s, golf originated in Scotland, but soon it got banned because it was a distraction from the practice of military and archery. However, King James, the third of Scotland, loosened the ban imposed by King James the Second of Scotland after his death in 1460. In 1471, he again banned golf due to an Act of Parliament.

In 1488, when King James third died, the fourth King James of Scotland continued this ban on golf as he described golf as an unprofitable game and claimed people wasted their valuable time playing it. However with the ban partially lifted, it became more popular and came into practice in the 1500s. The higher class created clubs to play golf, and the lower level started playing it in the open fields.

The game of golf is known to be played only by the aristocrats. It is a game for the patient man and is not fully understood by all. The Honorable Company of Edinburgh Golfers laid down the first rules of golf in 1744.This was also the oldest golf club ever.

In India, the first-ever golf club was the Royal Calcutta Golf club, established in 1829 through the East India Company. Golf was immensely popular in the 1900s in the USA. Moreover, Chicago was the first to have an 18 hole course as landscape parklands.

Even before it originated in Scotland in the name of golf, the game was already existing in almost all places; in the first century BC, the Romans called it Paganica. It was being played in the 12th century. The Netherlands called it Colvin. However, the golf game has evolved, and now it has become a modern game.

Top 10 Most Expensive Golf Club in the World

The development of golf game into a modern game has also assured the best quality of the manufactured products. This game solely does not depend on the golfer’s talent and skill; instead, it depends on the quality of the equipment used, such as clubs, ball, and tee, etc. Other essentials for a club include the driver you used, the sand wedge, and putter. The top 10 most expensive golf clubs globally are well equipped and sold at such high prices. Now let’s have a brief look into the top 10 most expensive golf clubs in the world.

Andrew Dickson Long-Nosed Putter is usually considered the most expensive golf clubs in the world. It is made by Andrew Dickson in the 1700’s and is one of the most valuable possession. It was previously owned by an eminent Golf collector, Jeffery B. Ellis.

In 2007, Andrew Dickson’s long-nosed putter was sold for a high price of USD 181,000  at the Sotheby’s auction in New York City. This is one of the oldest golf clubs in the world. This golf club is called the Long-Nosed Putter, and it has the stamp of Andrew Dickson. 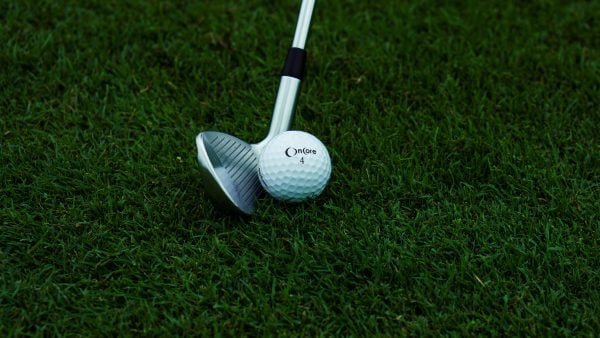 After Andrew Dickson’s long-nosed putter, the second most expensive golf club in the world is Simon Cossar Fruitwood Metal Header Putter, built by Cossar Club Company. Simon Cossar is the first golf club manufacturer to sign his brand name in the products he created.

This company is said to be the oldest in making golf clubs. This club attributes to be made of a metal headed blade putter, and the shaft was crafted from a rare fruitwood with a complementary fastened hosel. This made Simon Cossar fruitwood rare antiquity. The Simon Cossar Fruitwood Metal Headed Putter was sold for USD 165,000 in an auction. 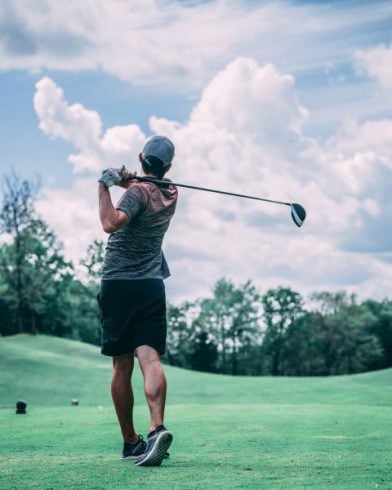 Golden putter first lady special edition was made by Barth & Sons, a German Company. It was believed to be crafted out of cherry wood and a thin coating of 24 karat gold, used for the shaft. It had a head of crystal furnish with a leather grip on it.

The diamonds and gold engraved in it make it worth the price of being one of the most expensive golf clubs. Without the diamond-encrusted, the golden putter would have been sold out for a much lesser price. However, Golden Putter First Lady Special Edition was sold for USD 150,000 for its rare and limited edition. 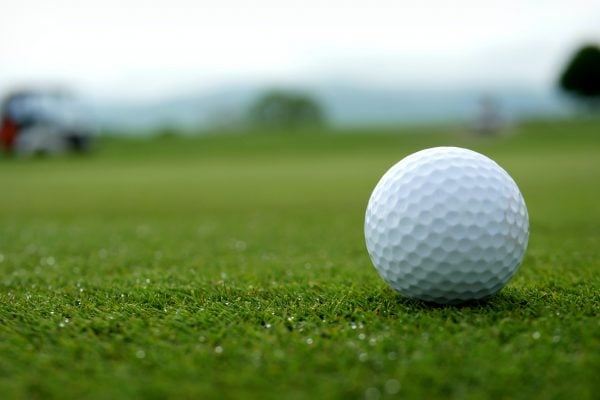 It takes the sixth position in one of the most expensive golf clubs in the world. A. G. Spalding & Brothers are very well known for making basketball and volleyball products. In 1876, their company was established by Albert Spalding Jr.

The Japanese company, Honma, is a very esteemed manufacturer of sports unit. Honma Five Star Golf Club is the seventh most expensive golf clubs in the world. Several sports personalities and celebrities use their lifestyle brand. The Honma five star set costs a generous amount of USD 32,000 each, making it one of the world’s expensive golf clubs.

These sets contain 14 pieces in which all are made of platinum and gold. Honma is known for using some excellent premium materials. Over 400 skilled and trained craftsmen work together to create their most valuable golf clubs.

These golf clubs are often handcrafted and are valued the most. Honma manufacturer is never in a rush as it takes the utmost care of Honma’s brand name. It might take longer than the usual to get one’s hands on a Honma five star, but one would never regret it. It is worth the time and patience one invests. 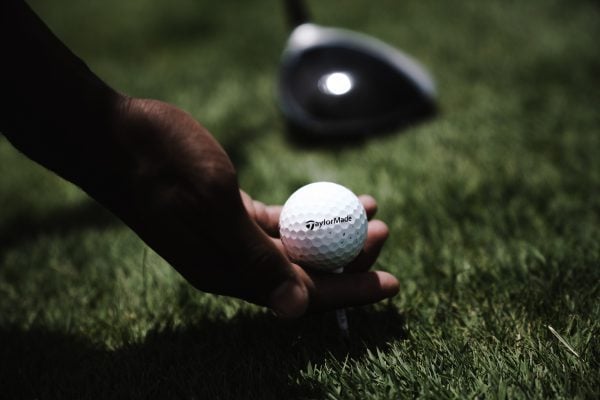 It is an American golf brand. It has only 21 units, which were made of brass or copper and is a limited edition. It is a good deal of USD 20,000 each. In 1997, Eldrick Tont “Tiger” Woods, an American professional golfer, used precisely one of those in his most magnificent victory.

In 1991, Adam golf, a manufacturing company, was set up by Barney Adams in the United States. The Adams had its headquarters in the Taxes. It was initially a Preceptor Golf. It was rated the best by many users because it was a customized one.

Adams has been manufacturing good quality customized sports products. Adams is quite well and successful in business. For many famous golfers, it also remains their first preference. The Adams golf tight lies spin control costs a fair price of USD 8,500.

Back in the 90s, the Japanese PGA tour sponsored the Maruman Majesty. This is a light weighted golf club that had several advantages. Many players prefer Maruman Majesty because it provides a firm grip, which is helpful while hitting as it can be controlled.

The Maruman Majesty Prestigio Driver is the tenth most expensive golf clubs in the world. This club is also featured in designing platinum top with a thicker head to project a low-spinning ball. It was manufactured by a famous brand name, Maruman, which costs USD 2,000 for each. Maruman is known for making some estimable golf clubs.

The top 10 most expensive golf clubs are among the best in the world for its quality.

I hope you had a great time reading. If you love golfing and have an experience to share with us, feel free to leave a message in the comments. 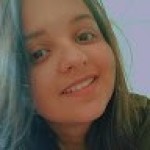