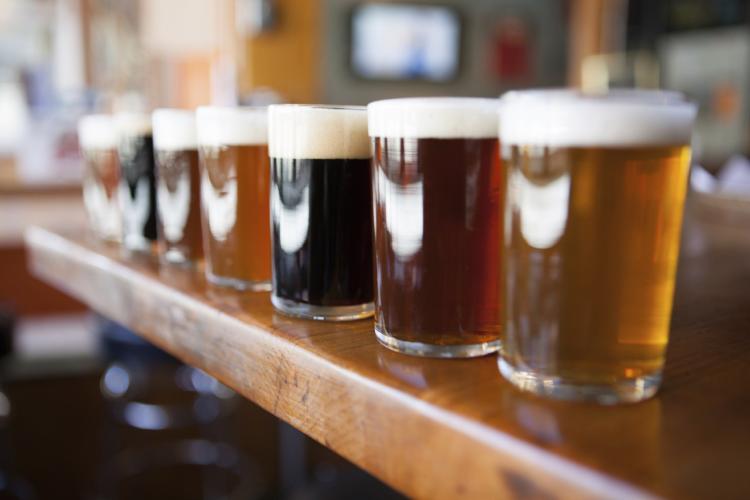 No visit to any part of a place is complete without a visit to their famous breweries and trying out their beers. Jacksonville FL is famous for its breweries. The breweries always come up with exciting combinations to amuse us. Still, we could look at some of the most top-rated breweries in Jacksonville fl, and check out the feedback of the customers.

10 Most Popular Breweries in Jacksonville FL

Legacy Ale Works is the top-rated one among the breweries in Jacksonville fl. Like any brewery, this was built out of love for beer and to promote the ale industry in the community. They wish to serve great beer to their community and give the legacy of a great beer to the coming generation.

The brewery owners have tasted beer from many corners of the world and have been wanting to bring these tastes to their part of the world too. And hence Legacy Ale Works. They provide quality beer in a friendly and warm environment. Their taproom serves a large number of places.

Some of their famous beers include Leave the Pumpkin Outta This Red Ale, Beachweizen, Holiday with the in-laws red ale, warm-blooded IPA, NOC it to me Red Ale, Altered Schedule, and many more.

You could also hold your special events here. They give space for parties, and you could celebrate them with a sip of great beer.

Lemonstreet Brewing Co. is a craft beer brewery that has been brewing easy drink beers and is one of the most popular breweries in Jacksonville fl.

Their flavors are inspired by Hispanic heritage, and the ingredients are procured locally. Some of their beers on tap are Zitronenstrabe, Nuvens, Surrender Cobra, The Road Not Taken, Budrow, Pink Robots, What’s a Haka, Darth Vladimir, and many more.

They also have a limited amount of can run for Lost in Oslo IPA, OroMaya Mexican Lager, Nearest Neighbor Fruited BerlinerWeiss, and Gare du Midi Belgian Saison. It is one of the latest breweries that came up in Jacksonville, and hence we have no much review about the place. But we could visit the place to learn about it. So, take a ride to the Lemonstreet Brewing Co. and tell us what you think about the place.

King Maker Brewing LLC is located at 720 King St and is known for making the finest beers among the breweries in Jacksonville fl. They are committed to the enjoyment of their customers. Since the beginning, they have been brewing ales, ciders, and varieties of beers.

They have been holding many events too to spread awareness about beer and the brewing industry. They believe that the prime focus should be on the customer and focuses on the market to strategize with them. And hence they focus on their brewing according to the demand of the customers. To order the beers online, click below.

Bold City Brewery is a great family-owned brewery operated by the couples Brian and Susan Miller among the breweries in Jacksonville fl. The family has been supporting and dealing with everything associated with working at the brewery. The brewery started out as a home brewery and eventually became a big venture.

They have a taproom that operates from Monday to Thursday from 3 pm to 8 pm and Friday and Saturdays from 3 pm to 9 pm and 12 pm to 5 pm on Sundays. During the holiday times like Christmas and New Year, these times may change.

Some of their core beers are Killer Whale Light, Killer Whale Cream Ale, Duke’s brown ale, 1901 Roasted Red ale, and Mad Manatee IPA. Their specialty beers are Tihaar Guava Hard Seltzer, Minsbrew Lager, Sekhmet sour, Disinterment, and many more. You could either consume it then and there or have a takeaway.

They also organize live events in connection with holidays and other special seasons. They also have an online store where you could buy Bold City Brewery merchandise like t-shirts, caps, and many other items.

The Veterans United Craft Brewery became formed when the owner, Ron Gamble’s wife, gave him a gift containing the items to brew a beer. Ever since then, he got the idea to create a brewery that could become one of the top breweries in Jacksonville fl.

They eventually became the largest microbrewery in the region and the first packaging operation on the Southside. Jacksonville has always been in love with beer, and this love caters to grow all the breweries, especially Veterans United Craft Brewery in the region.

The taproom’s tour takes place from Tuesday to Sunday, where you could enjoy the beer then and there or just take-home whatever flavor you need. The beer tapping gets updated on their website as well as on other social media platforms.

They also hold space for your special events ranging from birthday parties to corporate events.

Main & Six Brewing Company is one of the breweries in Jacksonville fl that focuses on a great passion for beer and quality brewing. It began with a hobby of home brewing and later developed into a great industry. The brewery is closed on Monday and functions on all other days.

A brewery is a place where you could enjoy yourself with your family and friends. They aim to share their love for beer with the community around them.

Apart from these, they have wines like Cabernet, Rosé, Pinot Grigio, and Chardonnay. Visit 1636 N Main St, Jacksonville, FL, to know more about the company.

Reve Brewing is one of the breweries in Jacksonville fl, which offers great beers to its community. They provide beer varieties like stouts, imperials, and sours. It is located near the beach and is a comfortable spot for beachgoers.

Among the breweries in Jacksonville Fl, Tabula Rasa Brewing has an interesting story. It was formed out of curiosity from reading a brewing book. The owner of the company bought a book and started brewing, according to them. After a whole lot of trials and errors, the idea to build a brewery came to mind. Twenty-five years later, the company is still running a family-owned brewery.

They believe that brewing is a work of art, and drinking beer must be done with family and friends in an exciting environment. Their taproom is built to make a comfortable space for the family, and they have a backyard where your children could play.

Their beers are Corbett St. Cream Ale, Scarlet Ibis, One Ping Only, Pristine Citrine, Garcon De Soleil, Crazy Mona Coconut Porter, La Flor Roza, Liquid Oz, and many more. You could also bring your food and dine in there or order food from the place. You could also visit the place to enjoy the food from their food trucks. So, when you visit Jacksonville, make sure you visit this place and enjoy their beer varieties.

Aardwolf Brewing Company is a place among the breweries in Jacksonville fl that provides various styles of high-quality ingredients. The place is a relaxing environment where you could enjoy yourself with your family and friends.

They have a variety of beers, and the staff are very much cooperating and friendly. Their beer varieties include Black Out Wednesday, Notorious F.I.G, Black is Beautiful, Pen is Mightier, San Marco Sour, Space Prom, and many more. Bottles and cans are available for Belgian Pale ale, Hipster Popsicle, Hop Oddity, Little Hands Lager, and many more.

They also provide rental spaces in the lounge, the banquet, the taproom, and the hack half of the brewery. Pre-booking should be done to avail these spaces. Food trucks are available from Wednesday to Sunday.

Engine 15 Brewing Co Downtown is a brewery that opened in 2014 and, ever since then, has been brewing barrels of beers every day. Their place is dedicated to producing some core beers and some seasonal ones too. The beers are brewed in-house and brought from many parts of the globe.

They provide a peaceful atmosphere of the beach, and you could enjoy your beer peacefully watching the sea. Some of the popular year-round beers include captain A hop, Old Battle-Axe, It’s Your Blood, Max Voltage, Face Down Nibs Up, Furry Walls, The Dog’s Bollocks, and many more. Sergeant Simcoe, Imperial Chupa Cabra, and Straight Thirty are their limited collection of beers.

Their cider is the Engine 15 Hard Cider, which is an apple cider. It is very much traditional and reminds of the sophisticated English style. They have an attached shop that sells hats, t-shirts, hoodies, and drinkware like bottle openers, glasses, candles, stainless steals, etc.

Have you visited other breweries in Jacksonville FL? Give us your suggestions and share your experience with us by leaving a comment below.