One Rank One Pension – 10 Things To Know

Shaswat Mishrahttp://www.penegg.com
I don't need admiration, I need criticism. I think critics helps me to improve more as I am in my early days as a writer, ya I am an infant in writing.

1. OROP whose full form is ‘ONE RANK ONE PENSION’ was the key promise made by our honourable Prime Minister Mr. Narendra Modi during his national election campaign. This scheme is made exclusively for ex-servicemen.

2. From July 1,2014 this scheme will be effective with arrears that will be paid in four half-yearly instalments. Widows and war widows will get arrears in a single instalment. The base year for calculating the pension has been fixed at 2013.

3. The BJP government as per defence ministry report has proposed to take the average of the maximum and minimum pension paid per rank in 2013 and pay he average to the ex-servicemen who are below the average, while protecting those who earn above average pensions in their rank.

4. Estimation shows about 2.45 million ex-servicemen and six lakh war widows are going to get benefits from this scheme.

5. According to our honourable Defence Minister Mr. Parrikar the cost of OROP at present will be around 8,000-10,000 crore INR which is expected to increase in coming years. The expenditure on arrears is estimated to be around 12,000 crore INR. At present the the pension bill of the defence ministry stands at 54,000 crore INR.

6.Ex-servicemen who opted for pre-mature retirement are not included in OROP scheme. The major reason shown by the Defence Minister according to Major Gen Singh is that the army doesn’t have VRS ( i.e Voluntary Retirement Scheme) but ex-servicemen whose pre-mature retirement was valid and legal like quitting the service for the injuries occured to them during the war which disabled them are included in OROP scheme.

7. It is said that after long 42 years of long and hectic demand OROP has finally come into existence.

8. It is understood that on Friday in RSS meeting OROP draft proposal was circulated and it was decided that this scheme should be commenced from July 2014.

9. Even though ex-servicemen wanted the revision of pension after every 1 or 2 years still then government decided to hold the revision of pension after every 5 years. So agitation still continues as many ex-servicemen are against this decision made by the government and many more are joining them to support them in this agitation.

10. Veterans rejected the defence ministry proposal of 1 member judicial commission to decide on anomalies  regarding OROP scheme in 6 months.Veterans are asking for 5 member team which should include 3 veterans. 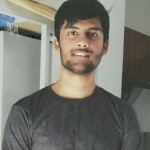 I don't need admiration, I need criticism. I think critics helps me to improve more as I am in my early days as a writer, ya I am an infant in writing.