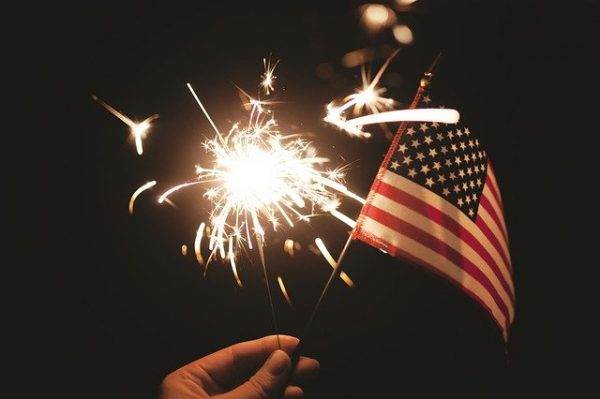 We all have a certain symbol that reminds us of our classic American heritage. Whether that be a historical monument, a time-honoured tradition, or just a cool little piece of memorabilia – everyone has something that makes them proud to be an American. 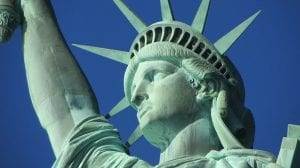 That being said, some universal symbols define what it means to be a citizen of Amrica’sAmerica’s great united States. If you want to know what it is that makes you bleed red, white, and blue, keep reading ‘15 things that define the American heritage’.

What Is American Heritage?

The dictionary definition of heritage is ‘that which denotes or relates to things of special architectural, historical, or natural value preserved for a nation.’ What this means is that heritage items or symbols identify things that are unique to a certain country. These cultural artifacts could be historical items, natural landmarks, architectural styles, fashion and style (contemporary and historical), food, and anything else you can think of. 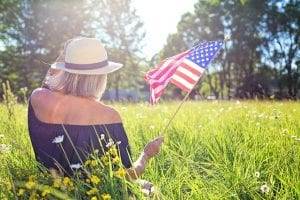 Without further ado, let us dive into some symbols and objects that define the American heritage symbols. 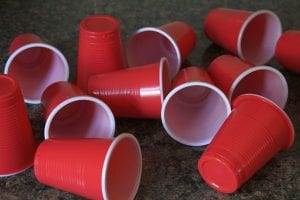 No teen movie is complete without a red solo cup! The classic plastic cups are the symbol of college frat and sorority parties across the United States. Everyone in America associates the red solo cup with an epic party. Even children and families see the red solo cup as a necessity for barbeques and cook-outs on a hot summer’s day.

People across the world see this seemingly innocuous cup plastered across American television and pop-culture. Therefore, the red solo cup is a classic American heritage symbol! 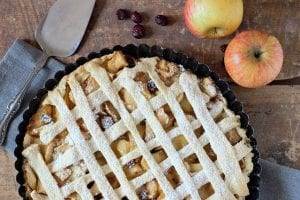 You may have heard the popular expression ‘there is nothing more American than apple pie.’ Pies are the dessert of choice for the people of America. Any American fast food restaurant worth its salt has an apple pie dish on their menu.

Entire restaurants exist that serve nothing but pies. From cherry, pumpkin, blueberry, and even boysenberry pie fillings, there is no fruit that the United States cannot bake into a pie!

Apple is the nation’s favorite pie filling. It has become such a symbol of American heritage that other American things are measured against the sweet treat! People will say things like ‘i’m as American as apple pie’ to prove their patriotism. Apple pie is as American as a dessert can be! 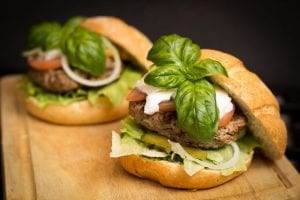 An all American meal is characterised by a big, juicy burger, a thick and creamy milkshake, and a plate full of crispy golden fries. This meal is a classic symbol of American heritage – a true patriot loves a good burger meal!

This classic American dinner rose to popularity in the 1950s. You are most likely familiar with the images of pastel A-line dresses on pin-ups with perfectly curled hair cascading down their shoulders.

Ray-ban sunglasses and sweater-vests on men driving baby blue corvettes. These are all symbols of the great American fifties! This period brought us the classic milkshake, burger, and fries combo that we know and love today as American heritage symbols. 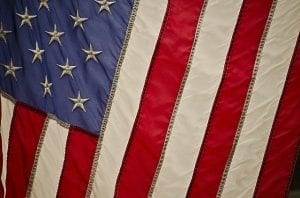 The stars and stripes pattern is one of the most recognizable symbols of the United States of America. America’s flag is easily characterised by its alternating red and white stripes as well as its 50 bright white stars. If you ever feel like showing off your patriotism, cover yourself in stars and stripes to display your proud American heritage to the world.

The stars and stripes motif is featured heavily across America in schools, malls, restaurants, and more. America had stationary, clothing, home decor, and beauty products decked out to the nines with this American heritage symbol! 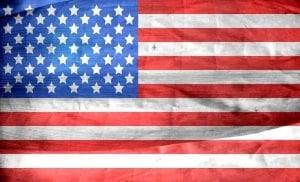 Speaking of the great American flag, the flag’s colors are also a prominent symbol of American heritage. The colors red, white, and blue are featured on many countries’ flags (like the United Kingdom, for example), but America has popularised the colors as representations of what it means to be American. The expression ‘My blood is red, white, and blue’ is used to signify your American patriotism and pride.

These bright, bold colors represent American ideals. The colors are large and in charge, and they make themselves the center of attention, just like America has made itself a global leader. When everyone is looking to you for leadership, you must show off your confidence and fearlessness through bold colors. 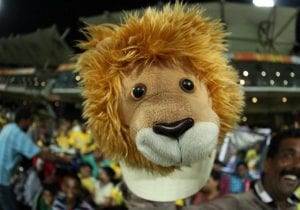 If you were born and bred in the United States, you probably would not bat an eye at school and college mascots. It may be surprising to hear that most other countries in the world do not have mascots for their schools or colleges! The big animal costumes you see paraded around sports games and pep rallies are a uniquely American tradition.

America has mascots for restaurants and even entire cities! Famous international fast-food chains (that started in the United States, of course) have taken mascots to the ends of the earth. Ronald McDonald and Tony the Tiger are household names in most places around the globe, but they got their start on American soil! 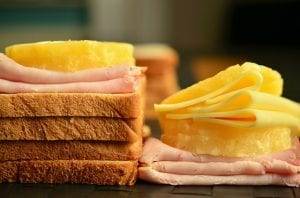 If you are looking for another American invention that has taken the world by storm, you are in luck! American cheese is a food commodity that is available in even the remotest corners of the planet!

American cheese is the bright orange or yellow squares of individually wrapped cheese that you would see melted on a burger or stacked on supermarket shelves. The cheese is perfectly flat, unlike natural cheese, but its crowning glory is that it melts evenly without splitting. If you have ever cooked with natural cheese, you will know how difficult it is to work with, split, burn, or coagulate if you are not careful. American cheese has no such problem!

American cheese is also sometimes called sliced cheese, cheese singles, or processed cheese. However, we should honor this truly American invention by calling it by its original name – American cheese! 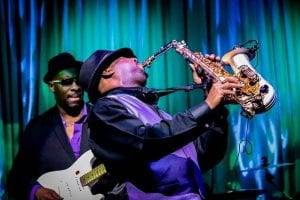 The 1920s in America brought many revolutionary inventions and trends like movies, flappers, and jazz music. The roaring twenties was a time of partying and prosperity for the American people and the period’s soundtrack reflects that! Jazz is one of the true American genres of art.

The African American community in the United States were the proprietors of this funky sound. The music draws influence from heritage African and contemporary American music to create a new, truly amazing genre that is still beloved today: the world, thanks to the United States for their contributions to music. 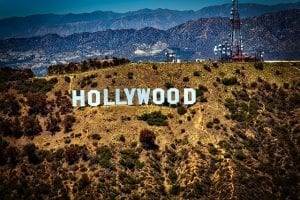 Where would the world be without Hollywood? For centuries the American movie industry has been the epitome of glitz, glamour, and haute couture.

The world looks towards Hollywood stars for the latest trends in fashion, technology, and beauty. To many people across the world, living anywhere near the illustrious white Hollywood sign in California is a marker of success.

Hollywood has everything you could possibly want from the entertainment industry. Blockbuster superhero films, star-studded action flicks, timeless romantic comedies about beautiful people living fairy tale lives – Hollywood has it all. That is why Hollywood is a source of national pride for many American citizens. 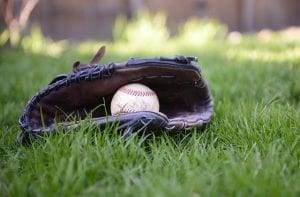 The modern rules and regulations of the popular sport were developed in North America in the 1800s. Before the United States revolutionized the sport, baseball was just a primitive bat and ball game.

Today, however, it is a sophisticated game of skill and strategy that will leave you hanging off the edge of your seat! That is why the American people love baseball. 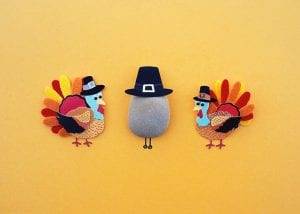 Thanksgiving is a wholly North American holiday. The day celebrates the fall harvest and other blessings of the year. It is a day to be thankful and reflect on the year that is coming to a close.

Since Thanksgiving is an American holiday, all the classic thanksgiving traditions are symbols of American heritage. The Thanksgiving turkey is perhaps the most recognizable of these heritage symbols. Some people love having a decadent roast turkey as a show-stopping main course on thanksgiving day but others prefer to go vegan.

For the vegans, the annual presidential pardon is a symbol of progress and compassion. Either way, the thanksgiving turkey is an integral part of any American holiday traditions. 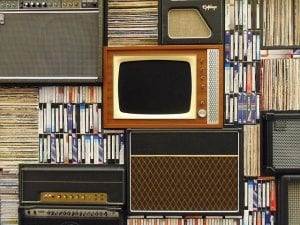 Sitcoms are America’s most recognizable contribution to modern television. Everyone has an American sitcom that they know and love. Sitcoms revolutionized tv watching traditions across the world.

Television used to be a serious and respectable affair, but the great American sitcom changed this forever. With the introduction of sitcoms like ‘I love lucy,’ watching tv became a daily ritual in most American households. Television was finally allowed to be light-hearted and comforting.

So, whether you love nostalgic nineties sitcoms like ‘F.R.I.E.N.D.S,’ modern hits like ‘Brooklyn Nine-Nine’ or subversive masterpieces like ‘The Good Place,’ you cannot deny the power of the sitcom. 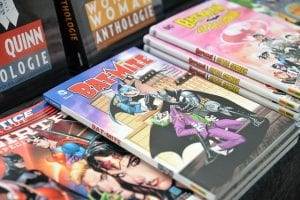 The Marvel Cinematic Universe has created a whole new legion of superhero fans. All your favorite superheroes got their start on the inky pages of a comic book. While comic books may not be exclusive to America, the United States is responsible for the comic book explosion in popular culture. Every Avengers movie, every spiderman costume, and every Superman toy can be attributed to America and their love of superhero comics.

Marvel comics and DC (an acronym for Detective Comics) are arguably the most recognizable comic book publishers in the world today. These true American publishers have proven once and for all that America is the king of the comic book world! 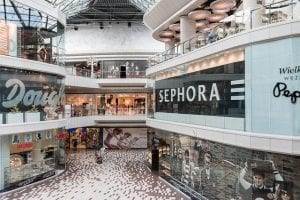 Americans always joke that the United States has more shopping malls than people! While other countries had to build their modern shopping streets around the past marketplaces, America had large open stretches of land to turn into mega malls and shopping centers. America’s relatively short industrial history has played into its advantage in this sense!

Hanging out in the mall is a big part of the American teen experience. You can measure how American your childhood was by tallying up the number of hours you spent loitering in shopping malls during your youth! Shopping malls are an easy way to tell your American heritage. 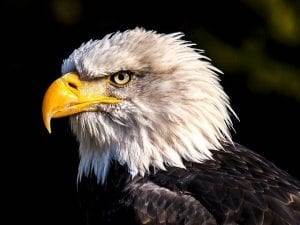 The Bald Eagle is the national animal of the United States. The bald eagle is a majestic, mighty and marvelous creature. The bird represents American ideals: strength, honor, and freedom.

The American bald eagle is easily distinguished by its chocolate brown feathers, smooth white head, and bright gold beak. The next time you look up at the sky, look for the stunning bald eagle and its awe-inspiring flight.

The American people love and cherish the bald eagle as a symbol of their patriotism. There is no animal better suited to represent the formidable nation of America.

Things That Define the American Heritage

The American heritage is defined by much more than a few symbols and objects. The American experience is a feeling, a passion, and a state of mind. Patriotism, freedom,, and democracy are all ideals of the United States that cannot be expressed by just one or two symbols.WWE can still use these fun symbols as a light-hearted way of distinguishing our American upbringing from the rest of the world.

If you liked this list of things that define the American heritage, be sure to check out more articles like this one. 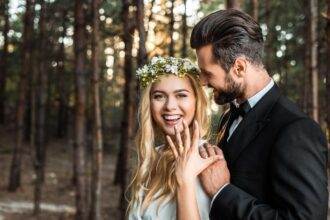 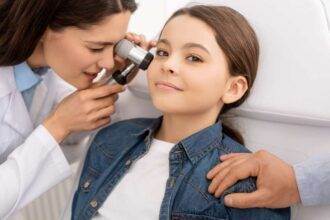 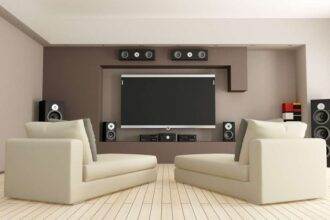 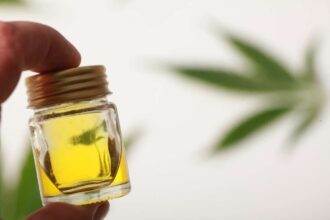