20 Photographs That Showcase The Past

“Photographs open doors into the past, but they also allow a look into the future,” — Sally Mann

It is not astonishing to claim that a commoner possesses the competency to react to a photograph. I do not have a penchant for photography, but I comprehend images… how they can make us feel, react, and change. There are many photographs over a sustained period of time that have had a sagacious sway on society as a whole. Following 20 photographs are few among those that showcase the past.

1. Partition of India- Mountbatten Plan
In the mayhem following the Mountbatten Plan, between 2 to 5 million people were murdered in the religions’ punitive massacre. UNHCR figured out that over 14 million Hindus, Muslims, and Sikhs were relocated through the partition; it was a major mass migration in human history.

This photograph apprehends the disaster made by the little boy and a fat man, the nuclear bombs that were plunged on Hiroshima and Nagasaki. The death toll was about 2 million due to this nuclear attack.

3. Child and the Vulture

This photograph clicked by Kavin Carter portrays the sardonic behavior of a photographer to capture the Sudanese child being stalked by a vulture in the dearth struck Sudan in 1993.

The 9/11 attacks were a series of four consecutive suicide attacks by al-Qaeda on Tuesday, September 11, 2001, to destroy the nation’s symbolic landmarks.

5. The Plight of Kosovo refugees

The photograph is a chunk of The Washington Post’s Pulitzer Prize-winning entry (2000) showcasing how a Kosovar refugee Agim Shala, a 2-year toddler, is passed into grandparents’ hands a barbed wire fence at a refugee camp run by UAE in Kukes, Albania. The members of the Shala family were reunited here after fleeing the conflict in Kosovo.

In the busy junction of Saigon, June 1963, Thich Quang Duc, a Buddhist monk from Vietnam, self-immolated to withhold the oppressive canons of the Catholic Diem regime and to put forth the demands to lift its ban on hovering the traditional Buddhist flag, to treat Buddhism the same as Catholicism and to give Buddhist monks and nuns the right to practice and spread their religion.

This image of a working woman who had just sold her car’s tires to feed her seven children came to represent the Depression and the Dust Bowl in the popular imagination.

What else can illustrate the relief Americans felt at the dusk of World War II than this classic photograph of a sailor grabbing a nurse into his arms for a lip lock when signaled that the war had ceased.

Supporters of gay marriage swayed the rainbow flag at the Supreme Court in Washington, D.C., after the U.S. Supreme Court lined on 26th June 2015 that the U.S. Constitution offers same-sex couples the right to marry.

10. It was Neil Armstrong

Yes, it was Neil Armstrong who literally did the Moon Walk for the first time. In March 1969, Neil Armstrong landed on the Moon to write his name in humankind’s history.

11. Lynching in the Public

Lawrence Beitler, the photographer of this ironic photograph, had stayed up for 10 days and nights printing them to meet its demand in the market. The photo shows the white’s retribution to a pair of black men alleged to rape a white woman.

In this picture captured by Mike Wells, a victim’s hand was held in unconditional love by a charitable organization working in the drought-hit Uganda in 1980.

In 1984 an explosion at the Pesticide factory bruised about half a million people, and 15 thousand died by invading Aisosayanaid’s toxic gas. This very photograph shot by Pablo Bartholomew melts the hearts of every human being.

The Tsunami of 2004 is one of the most disastrous and powerful seismic activities in recorded history. The death toll of more than a quarter of a million, local economies ruined, and the lives of entire communities traumatized.

16. The Last Jew in Vinnitsa

This photograph was found in the private album of an Einsatzgruppen soldier. It was written on the back “The Last Jew of Vinnitsa.” About 28,000 of the Jews existing in Vinnitsa, Ukraine, were killed at the time.

Perhaps the most famous picture from the student rebellion in China in 1989, this snapshot shows a single person obstructing the tanks that were emerging on the square.

18. Assassination of a Viet Cong Guerrilla

19. Kim, a run away from bereavement

9-year-old Kim, running naked in the center of this photograph, was injured seriously on her back in a napalm attack. Huynh Cong Ut famed this photo to be the most published of the Vietnam war,1972, as it echoes a run to live.

20. The Corpse of Che Guevara

When catching and murdering Che Guevara, a Marxist revolutionist, the Bolivian military force in 1967 revealed this photo as evidence of his death. Guevara’s demise gave a death blow to the then socialist revolutionary movement in Latin America and the Third World.

What has happened to humankind? These pictures portray how far we have come, and we must take a lesson out of these photographs that gave us a peek into the past.

Sahul, a newbie with creative thoughts, novel ideas, and fecund imagination. His hobbies include drawing, editing photographs, and writing poetry. Apart from this, he loves reading and finds pleasure in friendship. His attitude towards life is “Preach what you Practise.” 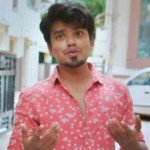 A newbie with creative thinking, novel ideas and fecund imagination.

Share
Facebook
Previous articleTiger Tales – The Untold Miseries of Tigers in India
Next articleVizag: The City of My Destiny!