Music is an art, and all artists have their creativity to work with. And then there is an artist that comes along, and his talent surpasses all others. These artists become the most famous of them all. Today, I present five scenarios when these artists lost their own songs to their own fans and would not be remembered as the sole creators of this melody.

Presenting you with a list of 5 People Who Covered A Song And Made It Their Own Music.

Dubstep music took the stage in the last decade, stealing a large part of rock music’s limelight. Dubstep competed with rock and won over because of the intense beats, rough-edged sounds, and insane bass drops. But when rock fights back, it loves to give it a bloody fair competition. Pinn Panelle decided not to let the computers do the whole job and decided to do it the old fashioned way. Yes, with a giant amp and guitars and drums.

The only thing you can pay to a monarch is a tribute. And if Queen isn’t the monarchs of music, then I don’t know who are. Bohemian Rhapsody, Bicycle race, We will rock you, the Flash Gordon theme song, and so many more hits made Queen the epitome of success in the world of music. The music group, Voca People, paid tribute to these Gods of rock and delivered an enthralling performance.

Check it out here:   https://www.youtube.com/watch?v=QIaVPHRU1kE

They always say that when you truly love something, you should make it your own. Eli Lieb has mastered that art, and today the song he graces with his voice becomes his own. A man who sings songs, especially the ones sung by women, in his own voice and creates a melody that stands out from the originals can only be bowed in front of. His voice is one that truly inspires people to cover famous songs and make them their own. An artist who can sing your song just as well is one not to be trifled with. I had to pick from a lot of songs that he’s done, so I picked this. Be sure to check out his other covers.

Check out his cover of Born to Die by Lana Del Rey here: https://www.youtube.com/watch?v=JTG3RJLe3GQ

When another artist covers your song, the creator feels privileged. When a fan of theirs makes a good cover, they feel impressed. But the real question is, what do you feel when 1000 of your fans play at the same time to cover one of your songs to invite you to their country for one performance. You bloody well say “Yes.” That’s what happened when 1000 rockers from Italy decided to play “Learn to Fly” by the Foo Fighters to the Foo Fighters to invite them to play in Cesena. Dave Grohl put a video response on YouTube saying that The Foo Fighters are coming to Cesena to play for them. That’s the power of a true fan (or 1000 of them).

Click here to watch 1000 fans sing the song back to the artist:  https://www.youtube.com/watch?v=JozAmXo2bDE

These aren’t the only covers on the net. If you’ve got anything useful to do, spread the word. There’s nothing like hearing a new song (or better yet, the old one done better). 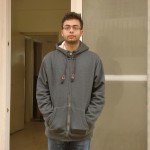 Share
Facebook
Previous article10 Reasons Why Mumbai Is One Of The Best Cities Ever
Next articleLatest: Google Changes Its Logo For A Brand New One!