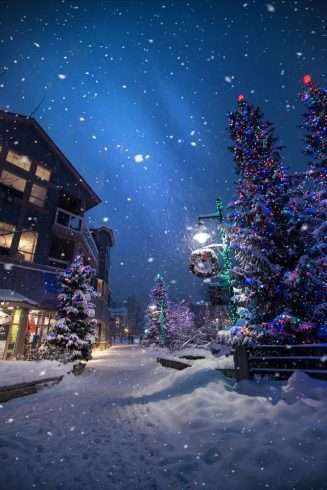 Snow-covered streets, the smell of tangerines, cups of cocoa and shopping for gifts – all these delightful moments are related to Christmas. This is the period we all look forward to. After all, winter holidays are not only about decorating the house with string lights, but it’s also the time when we believe that miracles are about to happen.

However, what if the holidays are just around the corner, but you are still not in a Christmas mood? There’s one great solution: why not watch a classic holiday movie?

However, you probably won’t feel the Christmas spirit if there’s unfinished business and deadlines waiting for you. Thus, for many professors, the winter holidays are not a reason to free students from homework. Fortunately, there is a way out which is seeking help from professionals. Once you decide to order write my essay services at EssayPro, you free up time in your busy schedule to immerse yourself in the festive atmosphere. And the films from our list will definitely help you with this. So, without further ado, here are the must watch holiday movies!

The advertising campaign for this film was large-scale, so you’ve probably heard of it before.

Kate (Emilia Clarke) is an elf in a Christmas gift shop, but she dreams of becoming a singer. Despite the fact that her life is full of problems and she often gets into awkward situations, Kate is truly optimistic.

Watching the trailer, you might think it’s just a romantic comedy, but in fact, the film raises serious issues. There are plenty of them: the rights of migrants, ways to adapt in the new country, Brexit, volunteering, and complicated family relationships. As for the love story, it is also not as simple as it seems.

If you want to watch something easy and fun, choose this movie. The film adaptation of John Green’s book (“The Fault in Our Stars”, “Looking for Alaska”) is a collection of several different stories and many characters. In the end, we’ll see that they all are closely related.

The main characters are teens who get into ordinary life situations. They fall in love, make friends, dream of a happy ending, of course. It is likely that you have seen young actors in other films and you will definitely recognize Kiernan Shipka, the leading actress from “Chilling Adventures of Sabrina”.

The number of people loving this movie grows every year, and the brilliant cast is one of the reasons for such popularity.

Iris (Kate Winslet) works for the Daily Telegraph in London and lives in the English countryside. However, she is not happy with her personal life. Meanwhile, Amanda (Cameron Diaz) lives in California. She is the owner of an advertising agency who also can’t fall in love. Thus, two women find themselves in similar circumstances.

Before Christmas, Iris and Amanda realize they need a break, so they decide to exchange houses and this leads to some great events.

Watching «A Christmas Carol», you’ll quickly forget about everyday troubles. Why? Well, Victorian England, mysterious ghosts and time travel certainly leave no one indifferent. You will also certainly notice that it is quite gloomy and sometimes scary, but this is what makes «A Christmas Carol» so unique.

If you miss good old emotional films about family values, this one’s for you.

Sam is a successful businessman who is also a confirmed bachelor. The company he runs is going to sign an amazing contract with a Mexican entrepreneur, but there is one problem. The entrepreneur only works with people who are committed to family values.

Therefore, Sam decides to play the role of a decent husband and father, and actually… rent a family. Of course, the Christmas adventure grows into something more serious than a simple game.

This movie is a real cultural phenomenon as we all can relate to Bridget, who is charmingly imperfect, just as we all are.

Bridget is 31 years old and she is facing a crisis. She doesn’t have a successful career or a happy family. Her life is made up of troubles, failures and attempts to make things better. She desperately wants to lose weight, quit smoking and have a partner who suits her best.

Bridget is quite charismatic, so watching her solve her problems is real fun. Plus, there is a winter atmosphere and hope for a happy ending.

Already seen this movie a million times? No big deal – this masterpiece is worth watching over and over!

The plot focuses on George Bailey, an honest and generous man, living in a small town. However, he’s going through some tough times and when George is in complete despair, he decides to commit suicide. He is ready to jump off the bridge, but suddenly sees his guardian angel called Clarence.

The latter helps George see an alternative reality and shows how things would have turned out if he had not been born at all. This way, George analyzes everything that has ever happened to him and comes to a simple conclusion – this life is truly wonderful.

This animated musical drama shows an alternative version of history – the one where Anastasia, daughter of the last Russian Tsar Nicholas II, has survived.

The movie starts with the crowd taking the Tsar’s palace by storm, but Anastasia, the youngest daughter, manages to escape. Her grandmother is waiting for her on a train, but unfortunately, the girl doesn’t get there in time. Moreover, due to trauma, she loses her memory and has no clue what family she comes from.

Ten years later, Anastasia works in a factory but doesn’t lose hope to meet her family one day. Will she find her grandmother and defeat the main enemy of her family – Rasputin?

The cartoon doesn’t focus mainly on Christmas, but there are lots of snow-covered landscapes and, most importantly, adventure.

The main character, Hercule Poirot, is about to solve the murder that happened on the train. At the center of the plot is the Orient Express itself, a symbol of luxury and elegance. Its route runs from Istanbul to Paris, and the passengers are people of different origins, statuses and beliefs.

However, there’s one thing that unites them. They are all stuck on the train, which is forced to stop in the mountains due to a blizzard and snowfall. And when one of the passengers is found dead, the story begins!

To Sum It Up

In this list, we have collected films of different genres: both romantic comedy and drama, as well as fantasy and detective. All of them stand out for their great storyline and talented actors, so you definitely won’t be disappointed. Enjoy the movie!