In the 1930s comic books became a popular form of entertainment, but they were considered something cheap and not deserving serious attention for a while.

Today the graphic novels have reached cult popularity and are valued by both readers and literary critics. Some comic book heroes became movie heroes and a staple in popular culture; others remained less known yet beloved in smaller circles.

Everyone has their favourite comic book, but it’s also truly exciting to discover something new. 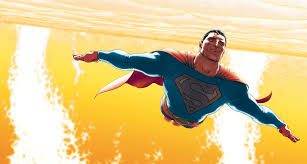 A recent critically acclaimed TV show started as a graphic novel in 1986 and had 12 series published. It’s considered a ground-breaking piece of work because the superheroes are depicted as imperfect and often less than inspiring people who are dealing with personal struggles and anxieties.

It’s 1985 in the story, and most superheroes are outlawed and retired or working for the government. Only when the US is getting closer to World War III with the Soviet Union some of them resume their activity. These graphic novels are praised for their unique look at the superhero lives and bringing different perspective in the sometimes cookie-cutter comic book universe.

All-Star was a DC Comics imprint that intended to provide acclaimed writers and artists with the opportunity to reinterpret the stories of popular DC characters for a modern audience.

This All-Star Superman is a twelve-issue comic book series does precisely that., so if you’re a Superman fan and would like to see him reimagined for the 21st-century audience, get your hands on these novels.

Hellboy is a well-meaning half-demon summoned from Hell to Earth as a baby by Nazi occultists and later discovered by professor Trevor Bruttenholm. He then formed the United States Bureau for Paranormal Research and Defence where Hellboy fights Nazis, witches and other evil forces.

Hellboy possesses superhuman strength, resistance to injury, and a healing factor that quickly allows him to heal all bodily injuries. Because he was raised as a regular kid, Hellboy is not mean or evil and has an ironic sense of humour.

The Maus works are among the most serious graphic novels and combine memoir, biography, history, fiction, and autobiography. The author of these graphic novels won a Pulitzer Prize for retelling his own father’s true story as a Jewish survivor of the holocaust.

In the novels, Jews are represented as mice, Germans as cats, and Poles as pigs. It’s a challenging work that can be easily dismissed because of childlike illustration, but it tells an important story.

The Sandman by Neil Galman

If you like dark fantasy, horror and surrealism, you’ll love The Sandman graphic novels that tell a story of Dream (also known as Morpheus) of the Endless, who rules over the world of dreams. The other Endless are Destiny, Death, Desire, Despair, Delirium, and Destruction.

The series is famous for the anthropomorphic personification of various metaphysical entities. It also blends mythology and history in a horror setting of the DC Universe. There were 75 issues printed in seven years.

The Fantastic Four is a superhero team who gained superpowers after exposure to cosmic rays during a scientific mission to outer space. The team consists of Mister Fantastic who can stretch his body into different lengths and shapes, the Invisible Woman who can become invisible, the Human Torch who can generate flames and fly, and Thing, a grumpy, but a kind friend.

This dysfunctional family’s stories and adventures have been turned into a franchise with movies, shows, and merchandise.

The League of Extraordinary Gentlemen by Alan Moore

If you love vintage literary characters such as Invisible Man and Dr Jekyll/Mr. Hyde, you’ll enjoy these graphic novels where they team up to save the world from doom.

Set at the end of the 19th-century Victorian world these stories have an old-school feel, modern-day action thrill and plenty of jokes.

Every lover of timeless classics, such as people who wear the high-quality crewneck t-shirts from Fresh Clean Tees, must read these series!

Basin City, a fictional town in the US is where the action happens, and it’s best known as “Sin City”. Dark, violent and gritty stories are the cornerstone of these graphic novels.

Most of the residents are criminals who are parts of various crime organizations, cartels and gangs, so if you like a good noir crime story, you should pick a few copies of these comics.

Batman: The Killing Joke by Alan Moore and Brian Bolland

Batman comic book series has plenty of great stories, and The Killing Joke is considered one of the best. It features crazy villain Joker’s origin story who tries to pursue his dream of becoming a stand-up comedian and fails.

The failure breaks him, and Joker tries to avenge the world and prove that all humans can be pushed to their mental breaking point and turn into killers just like him.

The graphic novel has been recently transformed to the screen and earned actor Joaquin Phoenix praises.