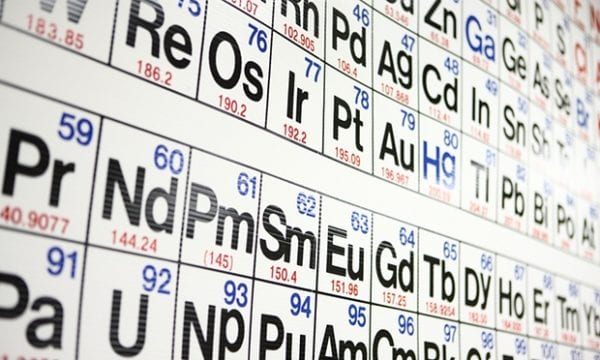 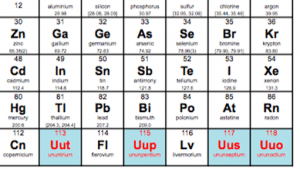 These synthetic elements were discovered by teams of scientists in Japan, Russia, and America in 2011. These scientists created elements 115,117, and 118 in a particle accelerator at Lawrence Livermore Laboratory in California, collaborating with the Joint Institute for Nuclear Research in Dubna, Russia. They have totally discovered six elements until now with the support of Oak Ridge National Laboratory in Tennessee. 113 was born in Riken Institute in Japan. They call it the “First element of the periodic table found in Asia.”

These elements last only for a dozen milliseconds before vanishing back to smaller nuclei. The elements are classified as “super-heavy,” like all others having more than 104 protons. They are created in a particle accelerator by shooting beams of smaller nuclei at heavier target nuclei. 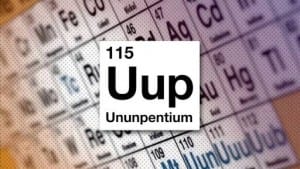 The confirmation for 115 was made in 2013 when Swedish scientists explained “shooting a beam of calcium, which has 20 protons, into a thin film of americium, which has 95 protons can create element 115 for a fraction of second”.

“A particular difficulty in establishing these new elements is that they decay into hitherto unknown isotopes of to be unequivocally identified,” said Paul Karol, chair of International Union of Pure and Applied Chemistry (IUPAC). The elements are temporarily named as Ununtrium(113), Ununpentium(115), Ununseptium(117) and Ununoctium(118). Meanwhile, every discovery team has been instructed to submit names for the new elements. As said by IUPAC, international guidelines for choosing the name of an element states “can be named after a mythological concept, a mineral, a place, a property or a scientist.” 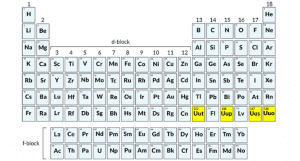 As the last row (eighth one) of the periodic table is still incomplete, Karol was asked about what’s the good news for it. Karol said, “There are a couple of laboratories that have already taken shots at making element 119 and 120 but with no evidence yet of success”. As per his email, “the eighth period should be very interesting because relativistic effects on the electrons become significant and difficult to pinpoint.

Meanwhile, chemistry geeks all around the world are busy selecting a proper name for the new elements. The excitement touches a nerve as it’s similar to selecting a newborn baby’s name. The last addition in the periodic table was made five years ago when scientists named elements 114 and 116 Flerovium and Livermorium. 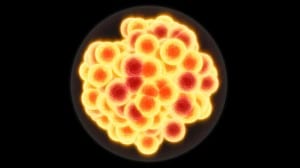 When asked how long this journey of the element is going to be?  Karol says that researchers will continue seeking “ the alleged but highly probable island of stability at or near element 120 or perhaps 126,” where elements might be found to exist enough to study their chemistry. 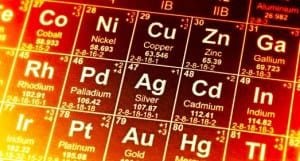 The search for an element that can give new hope for making things “better” drives these efforts. Soon in the future, we will have an element of a light source or like one imagined as a sorcerer’s stone in stories which can turn anything into gold.

These are still speculations and imaginations, but that’s what keeps them going. Hope to become new! 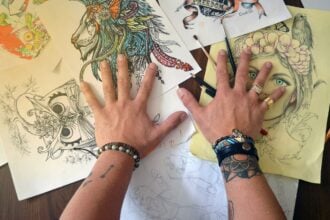 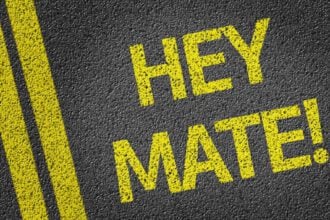 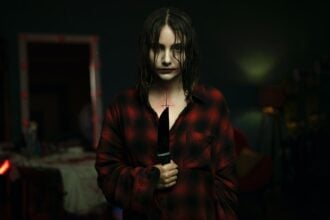