There are weird things couples do to annoy each other. Couples are lovely to look at; holding each other’s hands, kissing on the cheeks, cuddling. Maybe not to someone who is single out there. It’s good to see that in this fake world, love still exists in its true form.

Falling in love with the one who is perfect for them is one of the most beautiful things one can ever experience. But they often do things that are annoying to other people- calling out names, smooching in public, and so on. This might sound weird, but the couples who are madly in love with each other love to annoy each other as well. All they need is a chance.

Weird Things Couples Do To Annoy Each Other

Calling Each Other With Weird Names 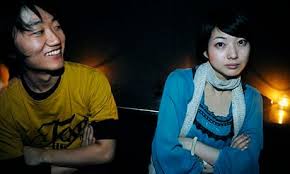 Couples do call each other out with nicknames. That is the most common thing we come across every day. But couples also call each other out with names that they don’t even like. They do not do that in public generally. But they love to do that when they are left alone. They keep calling out those names until their partner gets seriously annoyed or else they simply don’t stop.

Trying To Get Attention

If one of the partners has been working for too long, the other person goes crazy for getting the attention. This is mainly done by the girls. Girls love attention. Yes! That is true. The moment they see their partner working from home for more than four hours, they simply can’t let their person anymore. Seriously? Four hours of no attention. That is unbearable to any girl on Earth.

Getting Cozy In Public 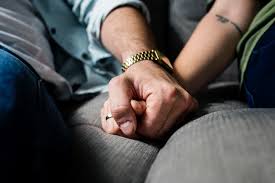 Most of the time we see couples getting a little cozy in public. Sometimes both the partners like and sometimes not. There are couples who get cozy in public places just to annoy their partners. Yes, getting cozy can be annoying at times. This is one of the weird things couples do to annoy each other but definitely true.

Couples do this a lot, like a lot. If one of the partners is mad, then he/she can do almost anything to make their partner’s life awful. They would love to see that their partner is getting annoyed and can do absolutely nothing about. Thus they do everything that their partner usually hates. They might even do that for no reason at all but just to annoy their partner.

Nagging is another one of the weird things couples do to annoy each other. Sometimes they do it even without knowing that their partner is getting annoying because of such behavior. They generally do this out of affection and often insecurity. They try to make sure that they know everything about the one they love wholeheartedly. They want to make sure that there is nothing going on in their partners head that might upset them.

Not only couples but tickling is a thing that everybody gets annoyed with. But this is mostly done by the couples. The most common way of tickling someone is ticking beneath the feet. Every time someone tries to thinks of all the possible ways they can annoy their partner tickling is usually the first thing that comes to their mind.