These words! Aah! All these years, these words kept echoing in our minds until it was the starry night of 28th February when Julliane Moore breathed life into them and announced the 88th Oscar for  Actor in a leading role in the name of one of the finest actors of Hollywood-Leonardo DiCaprio. It was a breathtaking moment to watch Leo take away the trophy after being nominated for the prestigious award five times.

“I don’t think I ever expected anything like an Oscar ever, to tell you the truth. That is not my motivation when I do these roles. I really am motivated by being able to work with great people and create a body of work that I can look back and be proud of.”

While the whole universe is going gaga over the Titanic actor finally bagging the long-awaited Academy Award, let’s take a few minutes to stroll down the journey of DiCaprio from Toby of  ‘This boy’s life’ to Hugh Glass of ‘ The Revenant’. In the span of his 27-year long career, the actor chose roles that not only prove his mettle as an actor but are also an establishment of the actor’s zeal and dedication to every project that he had undertaken. For those who are unaware, the actor bled for his role in ‘Django Unchained’ and chased down a dish of bison liver for delivering the infamous performance in ‘The Revenant ‘.

The actor’s on and off affair with the Oscars commenced in 1994 when he was nominated for Actor in a supporting role for the movie ‘What’s Eating Gilbert Grape’. His role as a disabled teen and brother to Johnny Depp won him many accolades. However, the knight chose Tommy Lee Jones of ‘ The Fugitive’ over Leo, and he had to bear a long separation of 10 years to emerge back in the race.

In 2005, Jamie Foxx of ‘Ray‘ triumphed over Leo, nominated for his scintillating performance in ‘Aviator‘. Again after giving a mesmerizing performance in the ‘Blood Diamond’ as Danny Archer, he hardly managed to please the love of his life. He lost it to Forest Whitaker, nominated for ‘Last King of Scotland’. The whole world had anticipated that he would finally win the award for the role of Jordan Belfort in ‘The Wolf of the Wall Street’ two years ago, but as destiny would have it, the statuette went into the arms of Matthew McConaughey for ‘Dallas Buyers Club’.

The constant rejections failed to stir his determination to win the love of his life, and finally the day, that will be etched in golden words arrives. The actor gets his first-ever Oscar for his larger than life performance as Hugh Glass in ‘The Revenant’. And what a man of class this guy is! He graciously accepts the award, offers his gratitude to his colleagues and fellow friends and signs off by highlighting the worrisome issue of climate change and the need to not take the planet for granted, just like he did not take the night for granted.

Felicitations to this amazing gentleman! 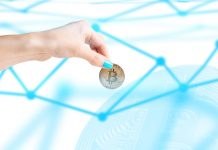