The music producer plays one critical role in the whole music-making process, but often they remain unknown to the world. The music producer is like that one guy in a movie who does everything for everyone’s survival and sacrifices himself in the end.

But it’s a music industry and not a movie scene, so; we have listed some of the best music producers of all time because they are the backbone of the music industries and the rise and popularity of the music artists.

No matter where you go or who you ask, George Martin’s name is always mentioned on the list of best music producers of all time, and such is his identity, reputation, and work. Born in 1926 in England, this great audio engineer is not among us today as he passed away in 2016.

George has always played an essential role in the music and making of the Beatles, and that has earned him ‘the fifth Beatle’ title. He has always been interested in music and took piano lessons as a child growing up. He served in the Royal Navy as the world war began.

The journey of George Martin has a long list of achievements, and as he has won numerous awards and recognitions, some reputed ones are Grammies, lifetime achievements, and Brits awards. He has worked with so many reputed organizations such as BBC, Parlophone, and EMI Records.

He worked with the Beatles, gave numerous hit records, and became one popular personality in the industry; he moved on to produce some of the award-winning movies in Hollywood. From music producer to movie producer, whichever field he went to, he always flourished. 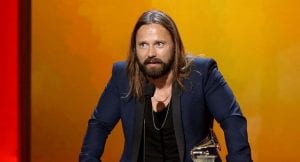 Max Martin is one of those music producers who doesn’t give much of public presence and remains unrecognizable by the general public. Born in 1971, Max is a Swedish music producer and songwriter who has given some infamous songs like ‘I want It That Way’ by Backstreet Boys and ‘Baby One More Time’ by Britney Spears.

As a teenager, Max always had an interest in singing and has been a part of several bands where he played the role of the lead singer and the frontman while handling the overall project management. Slowly he entered the world of music after dropping out of high school.

Max Martin has been a keen enthusiast of songwriter and has written songs for famous artists like Maroon 5, Taylor Swift, Katy Perry, and Weekend. The list of pop artist collaboration is quite long. He has been mentioned in the Hot 100 number-one singles along with George Martin.

The list of awards is quite long, as he has won several Academy Awards, Golden Globe Awards, Grammy Awards, and has won few awards consecutively for seven or eight years. 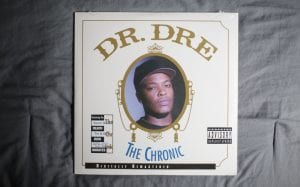 Dr. Dre is a really popular music producer of all time, but he is also a successful rapper, record producer, audio engineer, beatmaker, entrepreneur, and actor. His original name is Andre Romelle Young, who was born in 1965 in Compton, Los Angeles.

He has also invested in ‘Beats Electronics’, which is one major brand today. Andre was always interested in music, and within his teenage times, he was involved in the production process with a musical band. Later, Dr. Dre got his fame from the explicit gangsta-rap style songs produced through N.W.A.

There’s a lot more to know about Dr. Dre as apart from being a known name in the music industry, he has left his marks in Hollywood and four biographical portrayals and some other roles in movies. He is the proud winner of six Grammy Awards, several other nominations, and awards from different shows. 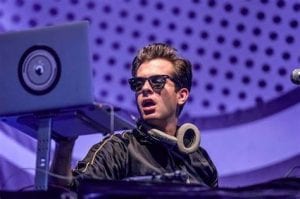 Mark Ronson is one fantastic and reputed music producer of all time, as he has collaborated with some of the legendary artists of recent times. Ronson has produced music for Amy Winehouse, Adele, Bruno Mars, and many other artists and bands.

This British-American music producer was born in 1975. It is a known name in the music industry for being a great music producer-engineer, but he is also one successful DJ, songwriter, and sound engineer. After his first failure, Mark didn’t stop. He continued pursuing his passion, and with his second album, he earned his first Brit Award for a male solo artist.

The list of this music producer’s work is so long that it can take you over two days in reading about that and his music compositions. Few massive hits songs given by Mark Ronson includes ‘Shallow’ by Lady Gaga and Bradley Cooper and ‘Uptown Funk’ by Bruno Mars.

Mark Ronson has won seven Grammy Awards, Academy Award, Brit Award, and several other awards that a small room can be filled with his trophies. You can find a whole page that mentions the list awards won by Mark on Wikipedia. 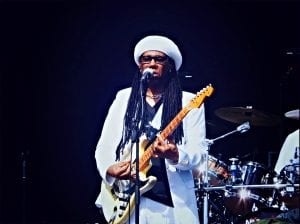 Nile Rodgers is one music producer whose works and achievements have made him a living legend in the music industry. His contribution to the music is so vast that he is not just a music producer. He is also a singer, songwriter, mixing engineer, guitarist, and composer.

Born in 1952 in the United States, Nile has been an impressive flute and clarinet player. Later in his teenage years, he learned to play guitar and has played with bands from different regions like Africa and Persia in various styles, such as Jazz and Latin.

With a career span of over 50 years, a producer like Nile Rodgers is a living legend in today’s world, his some of the best highlights are ‘He’s The Greatest Dancer,’ ‘Let’s Dance’ and ‘We Are Family.’ He has worked with artists like Madonna and Diana Ross.

He has won many Grammies and other awards, and he is one of the stars whose name has been added in the Songwriters Hall of Fame and Rock and Roll Hall of fame in recent years. 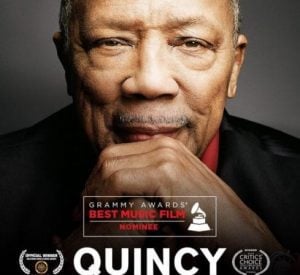 Quincy Jones is one pool of talent. We are saying this because he is not only a music producer but also a multi-instrumentalist, composer, songwriter, recording engineer, and film producer. He has won the highest number of Grammy awards, 28, and an overall Grammy nomination of eighty!

This living legend was born in 1933 in Chicago, moving forward. He did a temporary job of playing trumpet on the show where Elvis Presley performed. Since then, he hasn’t looked back, and the music industry welcomed him with open arms that he got a chance of working with Frank Sinatra.

To date, he has received several awards in 13 different types of awards categories; and the list of songs and movies produced by Qunicy Jones is quite long but impressive ones! 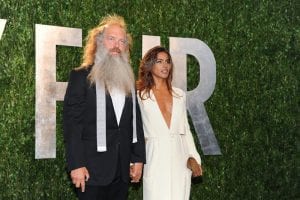 Rick Rubin has been mentioned as ‘the most important music producer of the last two decades’ by MTV. This introduction is enough to get you a brief about this living legend of the music industry. Rick Rubin looks like a member of some biker gangs with long hair rough looks but is a musical mastering engineer.

Rick was born in 1963 in New York, USA; he was so interested in music that, with the help of his music teacher, he got himself into a punk band. He has contributed his work to rap and hard rock, which made him the most popular hip-hop music producer of all time.

Rick Rubin has collaborated with A-listed artists like AC DC to Adele, Johnny Cash, and Red Hot Chili Peppers. He has made the life and reputation of many renowned artists and bands. Apart from being a remarkable music personality, he is also a known face in the film industry.

By far, he has won eight Grammy awards, and some of the legendary bands that have worked with Rick include Beastie Boys, Geto Boys, LL Cool J, and Public Enemy. They have played a significant role in increasing the popularity of hip hop music. 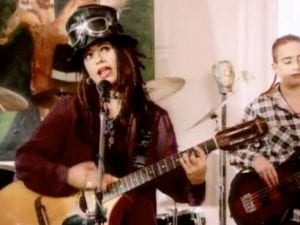 Linda was born in 1965. After growing up, she left her home town in Massachusetts and moved on to San Francisco, where she lived her struggling life by waiting tables and performing in the streets. After several attempts, she was recruited by 4 Non-Blondes, and from then she hasn’t looked back.

In these three-decades-long careers, Linda has worked with the major artists and bands. Her fame in the industry is remarkable. She has written songs for artists like Gwen Stefani, Alicia Keys, and Celine Dion and several new pop artists.

Several awards have nominated her shows, and in the year 2015, her name was included in the Songwriter Hall of Fame, which is an honor that every artist wishes for.

This music producer has a long name as his original name is Brian Peter George St John le Baptiste de la Salle Eno; he was born in 1948 in England. Brian mentions himself as a non-musician, although he has studied experimental music and painting in his music school.

Just like many other artists, he also began his career by joining a band being a synthesizer player, slowly they released their albums, and that acted as their gateways into the music industry. Within a few years, Brian was working with the great artists of the 70s and 80s.

Brian always liked experimenting while music recording mixing and has made an enormous contribution to the rock, pop, and electronic genres of music. He was mentioned as the ‘most influential and innovative person’ by Popular music. 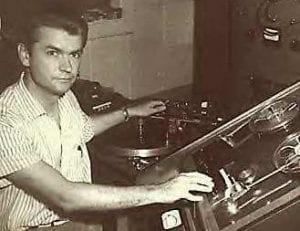 Sam Philips was a very successful music producer of his time, born in 1923 in Alabama; he has found some of the reputed record labels and studios where some musical legends have recorded their most iconic songs. Sam Philips passed away in 2003, but his work has remained alive today in the music business.

He was not only a known music producer but also an owner of radio stations, a keen investor of Holiday Inn hotel chains, and even an advocate of racial equality. Sam has worked with artists like Elvis Presley, Johnny Cash, Carl Perkins, and Jerry Lee Lewis, whose music production was done in Sam’s recording Studio.

Sam was one of the first people whose name has been inducted on the Rock and Roll Hall of Fame, and later many Hall of Fames have added his name. He was the winner of the Grammy Trustees Award.

These were the few best music producers of all time. Many others have contributed their life’s work in making some of the most iconic songs of all time. Some may not be alive, but their music has kept them live in the memories of people.

Music has played an essential role in our lives, and it is something that stays with you forever. And without these great music producers, the singers wouldn’t reach to the masses they have reached today. For exploring more about the benefits of listening to music regularly, you can click here!

The music producers may remain unknown, and they are always not as famous as the singers and the artists, but they are the backbone of the music industry and deserve an equal amount of respect and fame.

This was an article on ’10 Best Music Producer of All Times!’ if you have something more to add, please feel free to share your thoughts with us! You can mention favorite music producers and also tell us some of your favorite music collaborations. 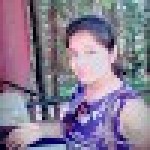