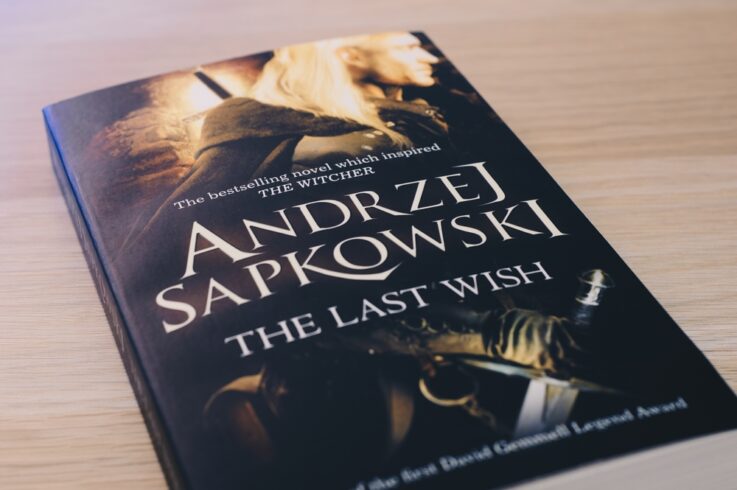 : The Last Wish by Andrzej Sapkowski in Eglish. Book from the series about the Witcher. Source: Shutterstock
SHARE

If you love video games, then you’ve probably spent days immersed in the storylines of your favorite virtual worlds. Video game plots are often based on science fiction or spy thrillers, making for hours of gripping gameplay, whereas slots and other casino games usually have a colorful backstory inspired by pop culture. Many online casinos offer free spins to new customers, giving them a chance to try out these games. As you play, you may even imagine yourself in a scene from Ian Fleming’s book Casino Royale.

Whatever your preferred gaming genre, reading books about video games is an excellent way to spend a few hours when you’re not gaming. There are a lot of books about gaming on offer, including non-fiction histories and fiction fan literature. Read on below to learn about some of the best books about gaming.

Video game enthusiasts knew about The Witcher‘s unique storyline long before it became a popular Netflix series. The action-role playing game debuted on consoles in 2007 to critical acclaim. If you love the game or the Netflix series, then the series of fantasy novels by Polish writer Andrzej Sapkowski are well worth reading. The books are page-turners filled with gripping stories about monster hunter Geralt of Rivia.

With the metaverse on the tip of everyone’s tongue, it’s no better time to read the book that coined the term: Snow Crash by Neal Stephenson. The book follows the story of Hiro and focuses on an immersive internet future, with virtual reality allowing you to be whatever or whoever you want. Hiro’s goal is to prevent the “infocalypse.”

This award-winning novel by Orson Scott Card follows Andrew “Ender” Wiggin as he runs virtual training missions for a seemingly endless war against a hostile alien race. Wiggins is a genius who participates in mock battles as he deals with the mental toll of his responsibility. This book has one of the most famous endings in the history of science fiction. If you enjoy this novel, you’ll want to check out the rest of the series.

This debut novel by Nicole Kornher-Stace takes place in the not too distant future when two corporations have created a divide within what’s left of the United States. The story’s main character is Mallory, who spends her days streaming Stellaxis’s war game SpecOps while ignoring the world around her. However, a side job takes her on an adventure into the world of one of the SpecOps characters. It’s an engaging read that’ll keep you hooked until the end.