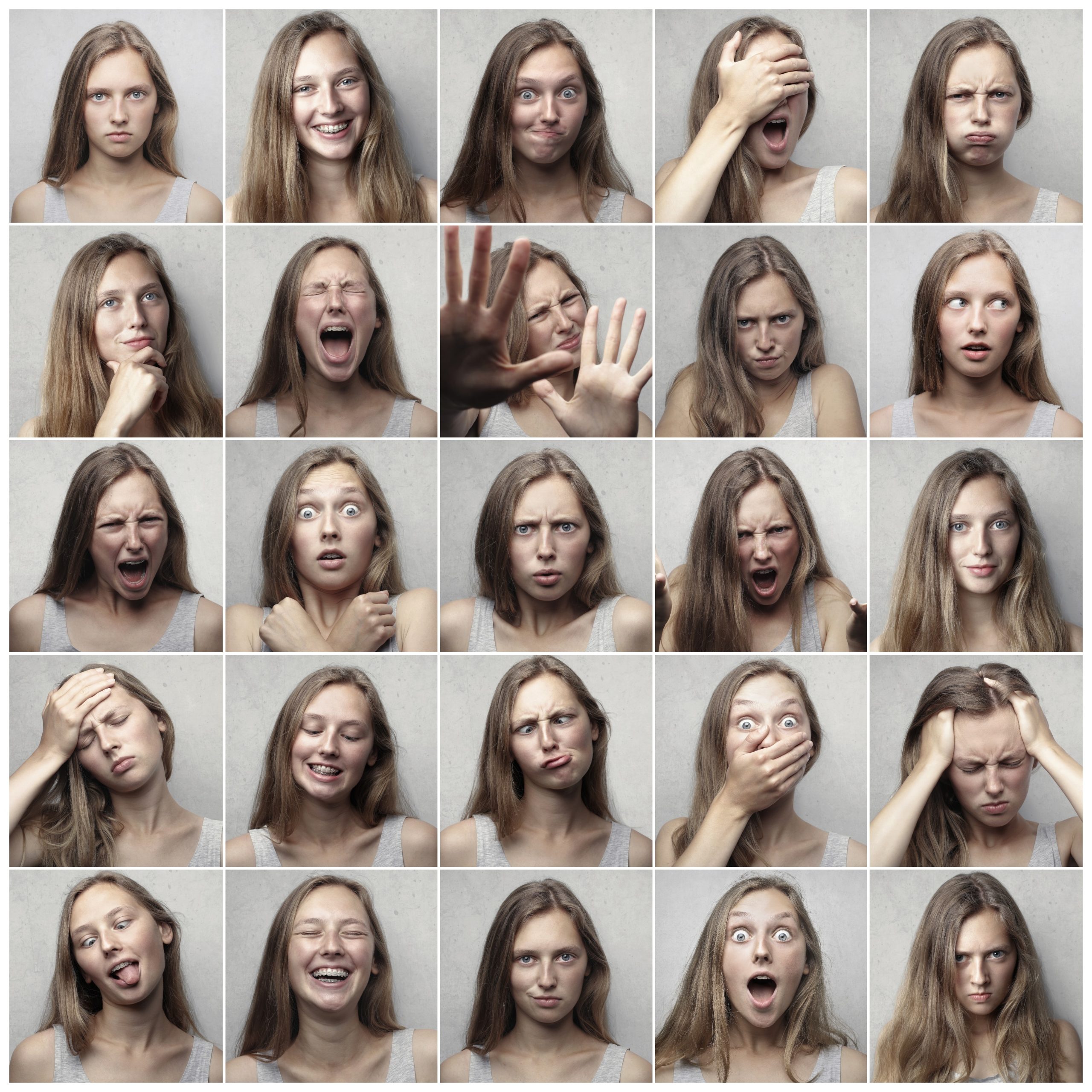 Character vs. personality is significant because these two terms are confusing aspects to a particular individual. Humans want to link good character qualities to positive personalities, and they might define someone with a bad character whose personality doesn’t appeal to them.

We all share certain common traits like our body, feelings, community, and nature due to our shared humanity. However, an in-depth study of individuals through character vs. personality discloses unique and remarkable qualities that make each of us peculiar.

Determination of character and personality is crucial to know the person holistically. And this article on character vs. personality unlocks the main difference between the two terms.

What Is a Person’s Character?

Character refers to the most valuable thing owned by a person. It explains who the person is and how he responds to circumstances that require moral values.

In other words, the character represents our beliefs and values that adapt to our experiences and are affected by the different interactions and situations we indulge in. The character is developed once the person is born, and it further advances depending on the societal structure he encounters.

An Overview of Character

We face difficulty while identifying someone’s real character because it comes to the surface only when others want to reveal it, especially under specific circumstances. Therefore we observe them in character-challenging situations for some time to identify their character. Sometimes our character creates an opinion about other’s character, and we judge people. Nevertheless, everyone thinks that they have their good reasons for the choices they make and oppose other’s judgments.

Character refers to moral attributes, such as being kind, unkind, trustworthy, selfish, or selfless and it is firmly oriented in one’s life. However, it is difficult to manipulate character.

A character combines both positive and negative traits that narrate a person’s beliefs and attitude towards life, family, profession, and society. And developing suitable character traits can help them deal with challenging situations leading to extraordinary success in life.

And negative character traits include dishonesty, selfishness, greed, and impatience. They generally cause friction at some point in life if they have been strongly established.

An idea of one’s character trait is vital to encourage oneself to change. Read this article to understand the top 20 character traits that make a good personality.

A person with an honest character who finds a wallet on his way will decide to find the wallet owner even after knowing that he could utilize the money without indulging in problems.

The decision is not based on the fear of punishment instead on his character that it is the kind thing to do. And society will generally appreciate such actions and validate the person’s character.

What is a Person’s Personality?

The word personality has been derived from the Latin word ‘persona,’ which means mask. Personality refers to a person’s psychological functions, a characteristic pattern of thoughts, feelings, and behavioral patterns. According to psychologists, personality is shaped by both heredity and external forces. Hence, it is easy to identify and understand one’s personality.

An Overview of Personality

Personality refers to that element of human beings that is quite superficial, develops with social encounters, and can adjust to it to impress others. There are numerous stages of life that experience change in personality skills but the best developing stage of life to obtain good personality skills is childhood.

The combined research on personality has helped simplify the behaviors that are more beneficial to well-being. The majority of those behaviors help to produce resilience towards external stimuli.

Dozens of human personality traits are present, and we all reflect the combination distinct to our identities. These include virtues like loyalty, gratitude, humanity, pride, greed, and dishonesty.

People whose personality traits bend towards empathy, cooperation, trust, and modesty (Costa & Widiger, 2002) are more naturally motivated. Such people feel delighted through the efforts they put in any completion or in problem-solving.

Hans and Sybil Eysenck developed the PEN model in 1975. It talks about three crucial personality traits: psychoticism, extroversion, and neuroticism.

The Big Five or OCEAN Model

The Big Five, or OCEAN Model, was given by Goldberg. It is a personality test that analyzes individual qualities based on the most common yet big five personality traits. These are as follows:

This trait highlights our performance in new experiences and influences personality areas like imagination, feelings, artistic interests, and similar traits. And high scores in the openness trait indicate that someone is very creative, and low scores reveal the conservative nature of the person.

This trait measures one’s inclination towards an organization and impacts personality areas like self-discipline and competence. And high scores in conscientiousness trait show that someone is motivated, trustworthy, determined, and low scores help consider someone less responsible and get more easily distracted.

This factor tells how enthusiastic and communicative a person can be but dominates other personality areas like friendliness, activity level, and positive emotions. High scores in extroversion trait will tell us that the person socializes more, whereas low scores indicate an introverted personality of the person.

Agreeableness tells us how someone interacts with people around him and influences personality areas like trust, sympathy, and cooperation. High scores in this trait mean someone is warm and friendly towards others, and low scores indicate egocentric and suspicious behavior in front of others.

Inborn personality traits like openness, agreeableness, and conscientiousness create a foundation on which changes and challenges are greeted, not suppressed. In return, this opens doors to new possibilities and opportunities.

And by increasing one’s self-awareness, one can identify their shortcomings and inculcate habits to help balance out their personality traits which will help them prosper.

In character vs. personality, we unintentionally connect the two words for two main reasons. The first reason is that we want to like people we already like, and the second reason is that we don’t want to waste our time assessing the person’s character. For example, if we observe someone lie easily, we become sure from just one instance that they’ve done so in the past and will do so again in the future.

Sometimes character and personality overlap with each other. For example, agreeableness and conscientiousness are a combination of personality traits and learned character behavior.

The primary difference in character vs personality is about the placement of qualities in a person. Personality refers to outwardly placed traits, qualities, attitudes, and behavior that make someone different from other people. But character consists of inwardly held morals, beliefs, and mental qualities.

Where personality informs the world around us about who we appear to be to create an impression on others, on the other hand, the character reveals who we are from inside.

Sometimes our character traits influence the personality that we show to the world outside, and it appears different from the reality hidden below.

For example, a person who is shy, nervous, has an introverted personality, and does not interact with many people may have a good character to let him do something positive for many people.

3. Thinking and Feeling vs. Moral and Mental Characteristics

Personality reflects individual traits such as how we think, feel or give response to a particular situation, perhaps at the workplace or in the family. Character, by contrast, is about moral and ethical conduct, which helps us confront moral questions.

For instance, one’s character can affect how one decides whether or not to lie in a situation because such decisions are based on inwardly placed qualities that make up the person’s character.

5. Changes Over Time vs. Enduring

A person’s personality is easy to observe but, it changes over time with effort. And character is hard to spot and more enduring because it is all about mental and moral characteristics. Hence, a shift in a person’s character will take place with conscious efforts and motivation.

Similarly, changes in the person’s surroundings are significant to transform one’s belief system to accommodate the change. For instance, an individual who might have a shy personality can change his attitude towards public speaking after taking the role of a teacher. Thus, new social and external demands lead to an internal shift that leads to personality development.

Society has a considerable influence over modifying our character, and we become exceptional because of our character. Therefore, character requires validation from society for its development and maintenance.

Personality is what we believe to be in front of others, so it does not require validation and support from society.

What is More Important, Character or Personality?

For instance, when the jeweler tests jewelry for genuineness, they don’t assume something is gold because it is lustrous. However, they confirm what the jewelry is made out of before setting its value.

Humans are different from each other in numerous ways due to the presence of varied characteristics which make all of us unique. And all of us can detect personality traits and the character of someone after mindful observation.

By developing a better understanding of the two terminologies in character vs. personality, we can get complete information and examine comprehensive characteristics associated with positive and negative traits. Another way to interpret both traits is with the notion of mental strength.

Mental strength or toughness measures resilience and confidence towards challenging situations. It is acquired by focusing on things under the personal will, strengthening the internal position of control.

A Message to Take Away

Understanding character vs. personality becomes simple when we prevent constructing false assumptions about other’s characters based on everyday external traits and behaviors.

Some tricks are to interrogate people who know the person whose character you are trying to come across because they usually respond honestly and take a record of where you are at present, and then visualize where you want to go ahead to accomplish your goals.

Character vs. personality is the great trap that people can fall into while judging others. And, to get out of this trap, expanding self-awareness, developing an open and agreeable home and work environment is essential.

TAGGED: character, personality, psychologist, psychology, Psychology In Life
priyanka ohri July 13, 2021
Share this Article
Facebook TwitterEmail Print
What do you think?
Love0
Sad0
Happy0
Sleepy0
Angry0
Dead0
Wink0
Posted by priyanka ohri
Ms. Priyanka Ohri is a Human Developmentalist. She is pursuing a master's in Human development from SNDT Women’s University, Mumbai and sustains a graduation degree in B.sc home science with a specialization in Human development from Lady Irwin College, Delhi University. She is an empathetic listener and an articulate writer.
Leave a comment Leave a comment