Chocolate, Worship and Lots of Love – An Innovative Ganesh Chaturthi 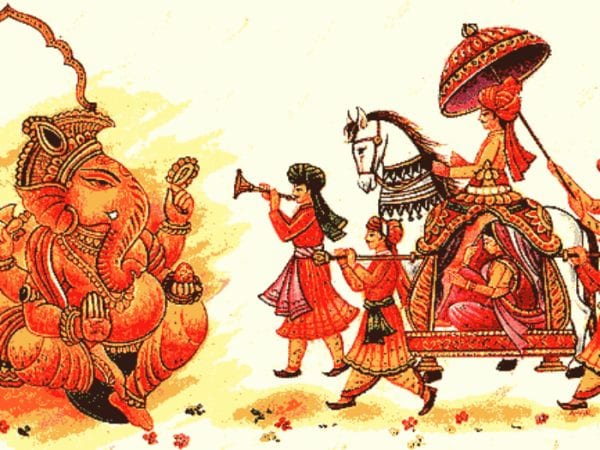 With over 33 million deities in our pantheon, festivals are a way of life in India. Rarely does a day go by when someone in some part of the country is not making an idol worshiped by millions at a festival.

The festival of Ganesh Chaturthi is no different, and beautiful idols and sundry extravaganza mark it.

However, Rintu Kalyani Rathod, a Mumbai-based baker, added an innovative twist to the festival’s conventional proceedings. She confessed to being appalled by how self-proclaimed devotees desecrated the environment by immersing idols – often painted and decorated with toxic chemicals – into water-bodies, thereby polluting them irreversibly. She has publicly acknowledged that the state of the rivers and other water bodies after the Visarjan pained her, with idol debris and other paraphernalia floating all over them, rendering them polluted caused a public health hazard. The same issues can be seen in other parts of India during major festivals such as Durga Puja in Bengal, Chhatt in UP and Bihar, etc.

‘Drunk people dancing in hordes to vulgar music is not devotion,’ she proclaims.

To remedy the situation, she came up with an extremely unconventional idea, an amalgamation of the two things all kids love the most – chocolate and Ganpati Bappa!

With 35 kilograms of pure chocolate, Ms. Rathod made a Ganpati idol over 38 inches tall. It is a tradition that has bow become her own; one she had also partaken in last year when over 1100 people enjoyed the prasad of her devotion.

Rintu shared her accomplishments and the motivation behind them in a Facebook post that was both moving and inspiring.

The iconic Ganesha is kept in His idol form for around four days. On the day of the Visarjan, the chocolate idol is immersed in milk and dissolved, completing the age-old ritual in a completely original manner that preserves both faith and the environment. Thus, chocolate milk is being distributed amongst the underprivileged children of the city, who are often left out of such celebrations for no fault of their own.

Ms. Rathod believes that those who drink the chocolaty prasad of Ganpati Bappa shall always carry a part of the Lord within them, becoming one with divinity. Last year, over a thousand people drank the chocolate milk, and even more participated in her way of worship this festival season, when hundreds upon hundreds of poor children found their prayers answered in the most unexpected way imaginable!

It is said that within the pure souls of children is God’s favorite place to be, and Ms. Rathod certainly subscribes to this view. Be it saving the environment or feeding the hungry, and she does it all with all her heart, and we pray the blessings of Lord Ganpati upon her. She plans to continue this practice for years to come, spreading happiness and blessings in her wake as she single-handedly teaches the world that devotion, faith, and kindness to our fellow beings can all go hand in hand!

Let us all learn a little lesson from this true devotee of God and attempt in our own small ways to celebrate festivals in their true spirit, as they were meant to be celebrated, not just for our own happiness but for the happiness of all; those around us!