Dubsmash Fever All Around 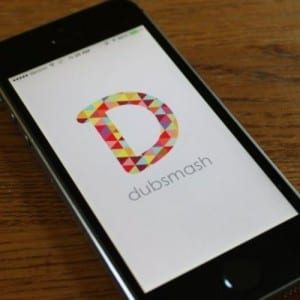 Moving away from Instagram, off-late app freaks have been addicted to Dubsmash. This is not a new social networking application, nor is it anything similar to Instagram and Snapchat. Dubsmash is a lip-syncing application that allows users to record dubbed movie scenes or music videos. It was launched on November 14th, 2014, and was originally developed by Jonas Druppel, Roland Grenke, and Daniel Taschik. 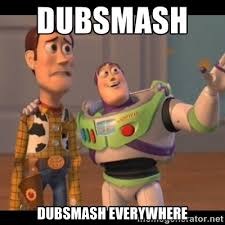 It is also known as a video messaging application for iOS and Android users. Users can choose any audio recording of their choice and record a video of themselves enacting or matching up to the audio clip with the perfect lip movements, of course!

In the beginning, the founders had failed to conquer the iOS app store twice. However, just seven days after the release of the application, they’d reached the number one spot in their home country, Germany, and soon reached the top of the list in 29 other countries, including the UK, France, and Holland.

Surprisingly, Dubsmash wasn’t their first try. The three founders met in Berlin in 2012, and Dubsmash is actually the team’s third attempt at an app since starting the company in mid- 2013.

For the Indian users, there is plenty more to look at other than just the English audio clips. While a little Bollywood tadka makes any application in India a hit, to add on to it, Dubsmash also has movie scenes, dialogues, and music videos from Tollywood, Kollywood, and other Indian languages.

Dialogues of the very famous comedian Brahmanandam have created a sensation and has attracted many Telugu film lovers to rope themselves and try more options; because choices in Dubsmash are endless…It allows any to upload audio clips of their choice, thus increasing the choice of another user.

“Dubsmash is my favorite way to pass the time. Also, it is completely fun and is so cool too. I think people should try more of such stuff,” said Nidhi, an engineering student who is active on social networking websites with her dubsmash videos.

Actors including Sonakshi Sinha, Alia Bhatt, Ranveer Singh have been entertaining their fans by posting dubsmash videos on Instagram and other social networking sites. Not just the Bollywood world, but actors from Telugu and Tamil film industries have also been a lot into this unique application.

They featured Salman Khan and Sonakshi Sinha in a Dubsmash video that was a tribute to shotgun Shatrughan Sinha. Not just the glam world celebrities, but others like Sania Nehwal and Sania Mirza have also been updating their profiles on Instagram with the Dubsmash videos.

Ranveer Singh, who is known for his distinct sense of humor, took his fans by surprise with his latest Dubsmash video on Pakistani singer Ther Shah’s song “Eye to eye.” He shared this video on July 13th, which has crossed 1.9 million views as of July 15th.

“This app has made me enjoy acting and dubbing scenes. I can copy any of my favorite actors and create a sensation. And it is so much fun to enact comical scenes. I completely enjoy doing this.” Jaideep, an entrepreneur.

Anybody who fancies movies and selfie videos is sure to like this very cool app. If you haven’t tried this app yet, it’s high time you brace yourself and get started! Once you start Dubsmash-ing, don’t be very worried if you find yourself obsessed with film dialogues and become prone to drama and varying emotions. Those are the obvious symptoms of the Dubsmash fever everyone is affected with. Continue Dubsmashi-ing and match up to the trend!