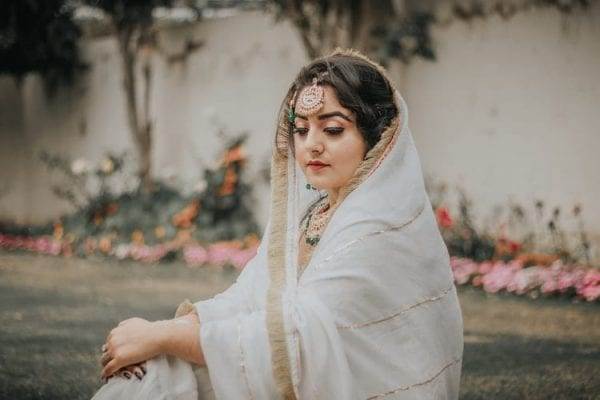 Indian fashion trends differ a lot depending upon the traditions, climate, ethnicity, and geography. People from different states have different tastes in fashion and how they decide to glam themselves. Even the bridal attire of different religions is very different from each other.

The bride and groom wear outfits depending upon their culture. For instance, the Hindu bride prefers to wear a red or maroon lehenga for the wedding, and the groom wears plain silk or embroidered sherwani. The Christian bride wears a white gown, and the groom wears a black western suit. That is how different and yet so beautiful Indian fashion trends are.

There is also a vast diversity when it comes to the fabric being used, the weaves, and colors as well. The ornaments that Indians usually wore and still prefer include necklace, bangles, rings, and earrings, which are made of gold, silver, or copper.

Indian fashion trends have also been largely influenced by western culture. There is a beautiful amalgamation of Indian culture with the touch of the west. Bollywood industry always plays a significant role in how Indian beauty trends change or evolve. Bollywood has always been on top of its game when it comes to fashion. The industry still raises its bars and keeps improving frequently.

EVOLUTION OF INDIAN FASHION TRENDS OVER THE YEARS

Now that we have a brief idea about the Indian culture and tradition, let us have a look at how the Indian fashion trends have evolved over the years.

This was a few years after India got freedom from British rule. Even though the Indian fashion trends were influenced by the British, the Indians did not forget their culture. The 1960s was majorly based on heavy jewelry and bold embroidered sari. Even ghagra choli was extremely popular at that time.

Men used to wear a mandarin collared shirt and a pair of trousers. At that time, even business suits were quite popular. Nehru suit started gaining popularity among men, and more men start adapting that.

This was the time when Indian fashion trends saw a wave of experimentation. Women opted for brighter colors like yellow, orange, and pink. The pattern of polka dots was also brought into existence. Bollywood stars wore white outfits with black polka dots in it and paired it with the same color of the hairband.

The movie Bobby starring Rishi Kapoor and Dimple Kapadia became the standard for fashion with how Dimple Kapadia dressed. She wore beautiful polka dot outfits with her hair tied back. Many people started replicating that, and the polka dots trend stayed for a long time in the 1970s.

These polka dot tops were paired with the newly brought in bell-bottom pants that were hugely popularised. Bell-bottom pants helped in accentuating the curves of women, and they felt quite comfortable too. For men, the trend of dhoti, kurta, turban, and sherwani was widely loved by everyone.

Bollywood stars started wearing a lot of glittery clothing pieces. It was the era of disco, and people enjoyed it a lot. More shades of gold and silver were popularized among women in western wear. Bollywood stars started the trend of glitzy glamourous outfits for both men and women. While earlier people were a little hesitant to play with shiny clothes, Bollywood changed the way people looked at experimental clothing.

In traditional wear, women opted for more sheer saris and low neck blouses. People went gaga over the new trend of plain sarees that usually included a border and not much of glitter. The saris were pretty plain and included more bright colors. The fashion industry went for sheerer outfits rather than going for anything opaque.

For men, the Indian fashion trends changed because men started opting for more western outfits like a leather jacket and denim jacket. The fashion mantra of Indian men became a lot about western gears instead of dhoti or Nehru suit.

The 1990s were the revolutionary years for the Indian fashion trends. For traditional wear, women opted for floral saris and floral dresses. Even salwar kameez started becoming very famous among young adults. Beautifully embroidered salwar kameez was widely renowned in this era.

For western wear, women opted for short dresses and more of athleisure outfits. During that time, Bollywood actress Karishma Kapoor was a significant influence on Indian women. Mini skirts were also widely popularised. Teenagers and young adults started wearing denim skirts that were either mini or mid-length. Denim crop tops were also pretty popular among females.

Dil Toh Pagal Hain gave rise to the athleisure outfits. Everybody started including it in their everyday outfits. Headbands became a cute accessory piece for women of all age groups. Another beautiful piece of accessory that got revived in today’s era is the choker. Chokers give us a nostalgia feel from the 90s. Celebrities like Karishma Kapoor, Shilpa Shetty, and Madhuri Dixit were seen sporting it in a lot of movies.

Shahrukh Khan, Salman Khan and Akshay Kumar became the major fashion inspirations for a lot of Indian men. Sharukh Khan used to wear bright colors and athleisure clothing in the movie Kuch Kuch Hota Hain, and we all know how popular that movie was. People used to binge-watch that movie over and over again in the movie theatres. 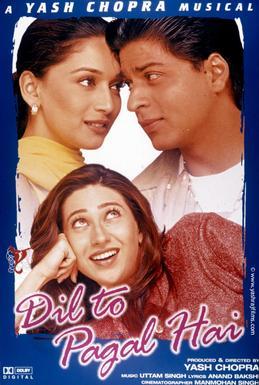 Speaking of the 2000s, the Indian fashion trends brought in a significant change. While outfits like sheer saris were still in trend and very much famous in the country, Bollywood brought in the trends of heavier traditional outfits too. Bollywood actresses like Aishwarya Rai and Kajol encouraged the trends of heavy lehengas. More glittery, shimmery, and embroidered lehengas were brought in trend.

For western wear, Bollywood brought in more sensual clothing. Actresses encouraged women to be comfortable in their own skin. Preity Zinta wore a beautiful black crop top and pants in the song It’s The Time To Disco, and suddenly everyone wanted to replicate the actress.

Speaking of replication, how can we forget about the iconic role of Poo played by Kareena Kapoor in the movie Kabhi Khushi Kabhie Gham. Nobody can forget the sexy sequinned baby pink asymmetric crop top that Kareena Kapoor wore. The olive skirt was perfectly paired with the jacket, and the entire outfit was just a piece of art.

Bollywood encouraged bold fashion, and that is why the Indian women also started opting for skin-revealing outfits because they began to feeling comfortable with the way they looked. Remember the song Crazy Kiya Re that featured Aishwarya Rai from the movie Dhoom 2? She wore a stunning sequinned gold top that everyone went gaga over. She looked stunning undoubtedly, and women started looking for similar sequinned tops because they loved it so much.

For men, the Indian fashion trends of fitted clothing starting popularising. Back in the 1990s, Indian men used to wear loose clothing like baggy t-shirts and loose formal shirts with loose flowy pants. But, in the 2000s, men started wearing a fitted shirt, fitted jeans, or fitted pants. The inspiration for this era was Hrithik Roshan. He had a toned body and wore fitted clothing to show off his body. 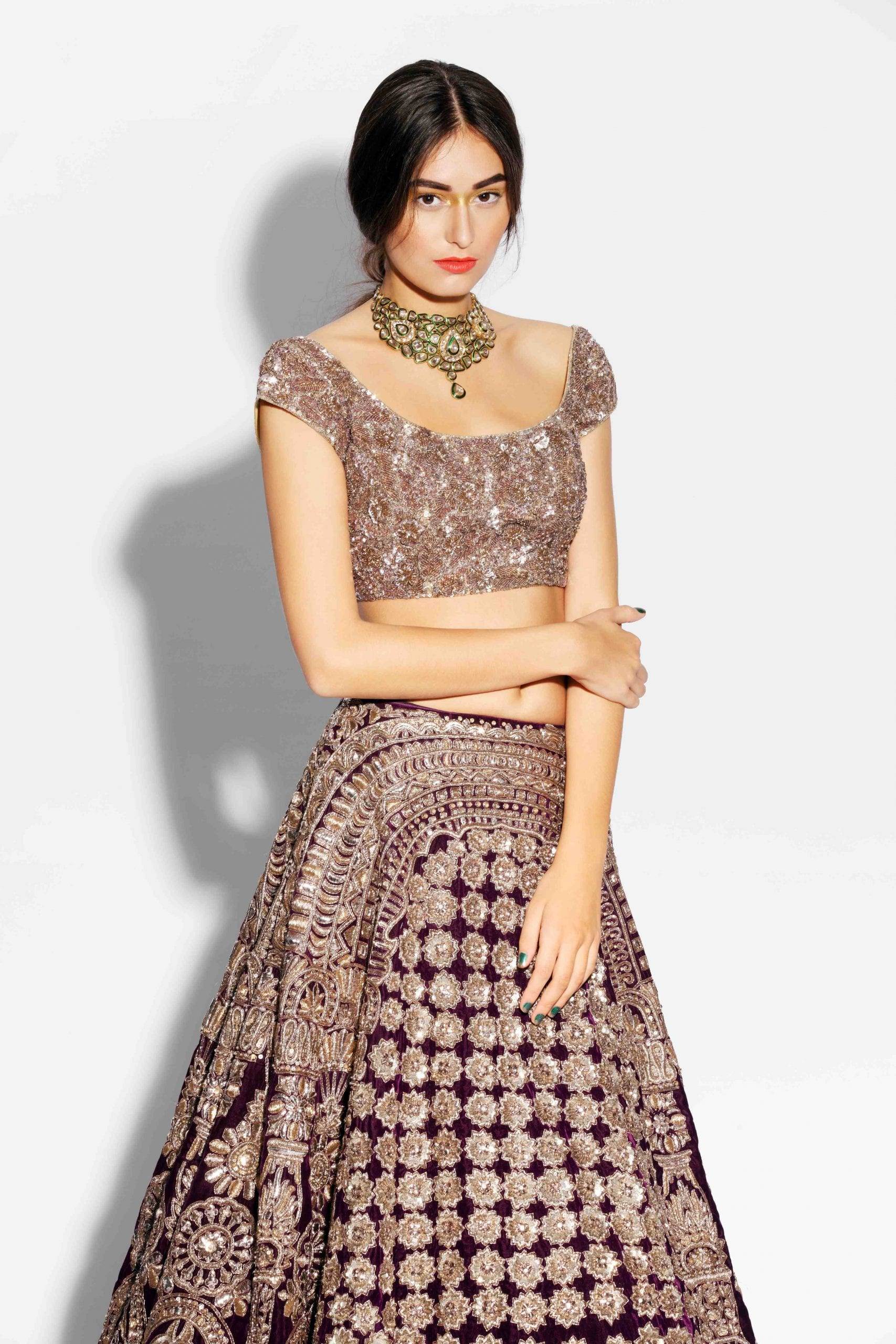 It was in that era that people became more influenced by western culture because they started seeing how people dress up around the world. The Lakme fashion week is becoming more famous and loved by people because the designers got the opportunity to showcase their talent.

Bodycon dresses were widely popular among women, and men opted for more formal clothing in the early 2010s. Moving onto the current fashion trends, women opt for more muted or dark colors depending on their preferences.

The fashion industry has become more inclusive, with more Indian brands coming up and more plus size clothing coming to the picture. People have become more accepting of themselves. Experimentation is also widely loved by people as they try out new clothing styles and makeup. 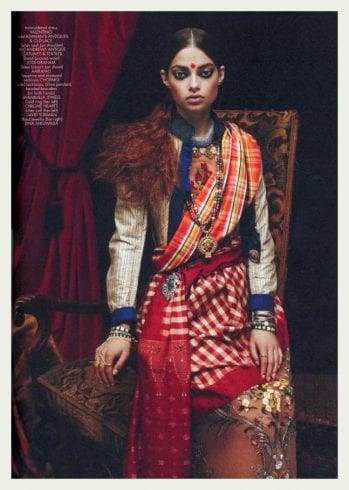 I hope you enjoyed reading about the evolution of Indian fashion trends. How would you describe your fashion style? Let us know in the comments.

10 Cute Summer Outfits Your Wardrobe Must Always Have

“Clothes: Branded or Unbranded” Should it Matter? 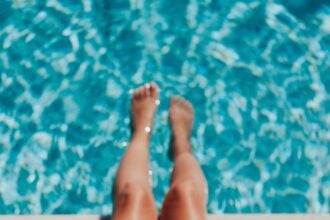 10 Cute Summer Outfits Your Wardrobe Must Always Have 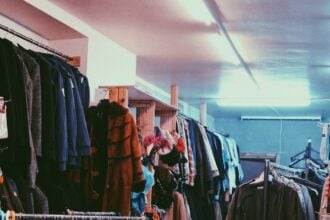 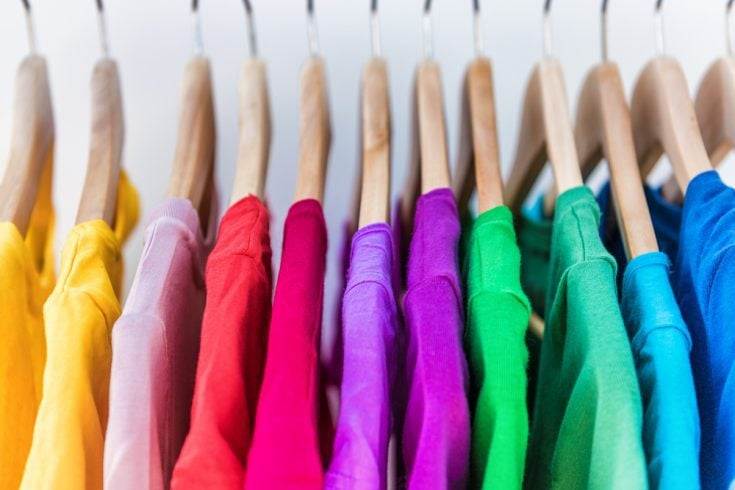 “Clothes: Branded or Unbranded” Should it Matter?