Horror Judgement: A Saudi Boy Sentenced To Beheading And Crucifixion! 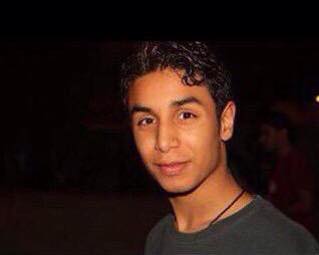 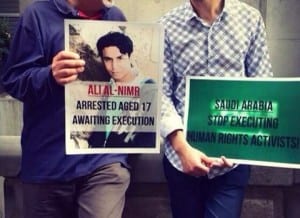 Human Right activists and critics of the Saudi justice system have been aghast by the barbaric decision of a Saudi court to execute a young Saudi boy.

Ali Mohammed al-Nimr, 21, will be executed (by decapitation) in Saudi Arabia. The Saudi justice system has rejected the young man’s terminal appeal.  Nimr will be beheaded and then crucified in full public display. The bestial act has drawn extreme condemnation from around the globe. Social Media has been abuzz with protest posts and campaigns against ruthless judgement. 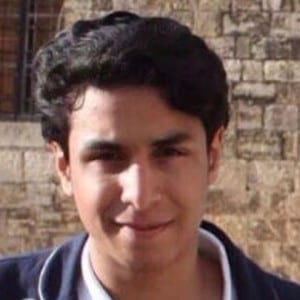 Ali Nimr was arrested in 2012 at the age of 17 in the Shia province of Qatif. He was charged with rioting against the government and for possession of unauthorized firearms. However, Nimr has strongly denied the latter accusations.  There are reports that the authority harrowed him into acknowledging the charges slapped against him. The 21-year-old was kept in juvenile custody and later transferred to a guardhouse. The insubstantial charges and an alleged biased trial led to the sentencing of his death in 2014. There are also reports that he was denied access to lawyers.

Ali Nimr is the nephew of Sheikh Nimr Baqir al-Nimr, a top Shia Cleric well known for his anti-government outlook. Sheikh Nimr was sentenced to death on October 15, 2014, on charges of “sedition”, “disobedience to the ruler”, and “carrying of weapons”. Many consider this judgement as a revenge decision, passed to teach the dissenters a lesson. 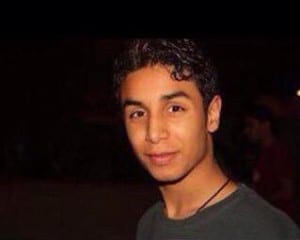 Saudi Arabia is known for its extreme Sharia laws that permit crude punishments like beheading, crucifixion, lashing and stoning. The country’s legal system has repeatedly come under scathing criticism for being unjust, violent, and detrimental.

“Saudi Arabia is one of the countries that executes the most people in the world, often after people have been tortured into confessions or had unfair trials,”- Reprieve press officer Alice Gillham. “It’s pretty shocking that this person was convicted as a juvenile and is now set to be executed.”

The Saudi Government has a frightful execution rate, and the numbers have only increased with King Solomon coming to power in 2015. The government carried out 87 executions in 2014 alone. On 6th May, the country carried out its 79th execution in the year 2015.

“Such a surge in executions in the country makes Saudi Arabia a sad exception in a world where states are increasingly moving away from the death penalty,”- panel of UN human rights experts.

Meanwhile, the United Nations has designated a Saudi ambassador to a high-profile post in its council. The decision has drawn extreme flak, with people pointing to the kingdom’s poor track record on human rights.

“It is scandalous that the UN chose a country that has beheaded more people this year than ISIS to be head of a key human rights panel,”-Hillel Neuer, executive director of UN Watch.

Bill Maher, the host of a popular US Talk Show, went on record urging its viewers to stop anguishing about a 14-year-old who was arrested on charges of building a “clock bomb” and instead show some support for Nimr who is soon to be executed and crucified.

“If you haven’t used up all your heroism hashtagging for the clock kid, maybe do it for this guy”

1 thought on “Horror Judgement: A Saudi Boy Sentenced To Beheading And Crucifixion!”