The Khap Panchayat of Jind Haryana surprised everyone with its landmark ruling on 20th December. According to the new ruling, people should not have a 3rd child after the birth of two girls, and not more than Re. 1 of dowry should be taken by the groom’s family. This is extremely confusing for all as Khap Panchayats are infamous for their absurd rulings regarding Gender and religion. 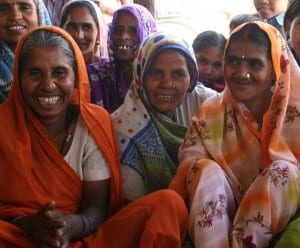 What exactly is Khap Panchayat?

“Khap” is a clan or a group of clans found mainly among the Jats of UP and Haryana. It is an assembly of Khap elders. Khap Panchayat is not affiliated with the formally elected government bodies. It is important to note that Khap Panchayats only represent the interests of their respective Khaps and are different than the local democratic bodies, also termed as Panchayat.

Khap Panchayats do not have formal powers or official authority, but they can exert considerable social influence on the communities they represent. Khap Panchayats have been known for their many questionable and scandalous affairs like– the ‘Manoj-Babli honour killing’ case.

Now, let’s look at some significant aspects of the recent ruling of Jind Khap Panchayat.

The states of Haryana and UP are known for a skewed sex ratio. Many cases of female foeticide, honour killings, sexual violence have been noted in this region.

With this background, it is truly surprising to hear of a progressive decision from the Khap Panchayat. According to this ruling, a couple cannot have a third child after having two girls. This can be good news for people worrying about India’s population explosion. It also signifies a social acceptance of having only daughters. On the other hand, I don’t see how it can help stop female foeticide. If no more than two children are allowed, couples might want to make sure both or, at least, one of them is male. This might even increase the rate of female foeticides.

Social preference for the male child is still strong. Hence, the second part of the ruling becomes important here. The groom’s family can take dowry of only Re. 1. Now, one of the major reasons why boys are preferred over girls is dowry. Indians, in both rural and urban areas, believe in spending an astronomical amount of money on their daughters’ wedding ceremonies. This is supposed to be a matter of social reputation and honour, and as we all know, Indians are very touchy about their honour. Thus, keeping dowry to a minimum is the next best thing to discarding the dowry culture altogether.

Some other aspects of this ruling state that not more than 21 people should be gathered at a baraat, and the mourning period after the death of a family member should be reduced to 7.

This progressive ruling is definitely a positive step for society. Many such steps are needed in future to achieve the goal of a truly developed society.