Living in large urban centers is proving to be a more difficult undertaking with each passing year. It seems that rent prices and overall real estate costs are going up astronomically as time goes on. For this reason, many people are choosing to live in smaller communities where less of their overall budget has to be dedicated to just paying for where they live. While the increased ability to buy a house is occasionally offset by a decreased earning potential in these smaller areas, certain professions command a respectable wage regardless of location. 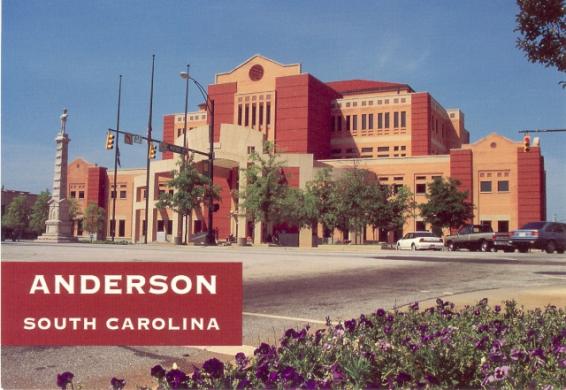 If someone is willing to commute, they can still enjoy a big city lifestyle, but live somewhere a little less in demand.

Anderson in South Carolina is one of such small towns in America that breathes the All-American feel of a tightly-knit community. This is where life is simple yet satisfying. Many people are choosing to move to Anderson, allowing many Anderson-based home buyers to sell their houses for a more desirable property somewhere in the city.

Why are people choosing South Carolina, and more specifically, Anderson, as a place to settle down? Well, Anderson has structured itself to be very accommodating to a wide variety of professions. This allows people from the blue-collar to white-collar backgrounds to reside comfortably inside the city limits.

The city has a very robust manufacturing sector. The town is primarily a manufacturing town, specifically for the auto industry. As the seat of Anderson County, over two hundred manufacturers have a plant in the Anderson area. The automotive industry makes up the bulk of the manufacturing needs in the region, with many of BMW’s supply needs being fulfilled by local manufacturing plants. The second most important industry for the area would be the plastic industry. This often works in tandem with the auto supply industry, the total number of plants for both automotive and plastics being about the same in the area.

Because of all of the diverse job opportunities in Anderson, the service industry is also thriving to fit the needs of the well-off people who live and work within county limits. Of the ten most northwestern counties in South Carolina, Anderson is the top shopping destination within that 10-country region, which is affectionately referred to as The Upstate.

All of these factors should be drawing a rich picture as to how Anderson can fulfill the many needs of people in the area. There are thriving manufacturing, healthcare, and service industries, which fit both to employ the population and to keep them healthy and satisfied. Atlanta is the closest major American city to Anderson, making it a fairly close destination for people who need either a big city getaway, or one of the few things you can’t track down locally.

If that kind of lifestyle sounds appealing to you, Anderson won’t disappoint.

Guruvayur: In the Womb of God’s Own Abode

10 Bookstore San Francisco Has That You Should Visit!