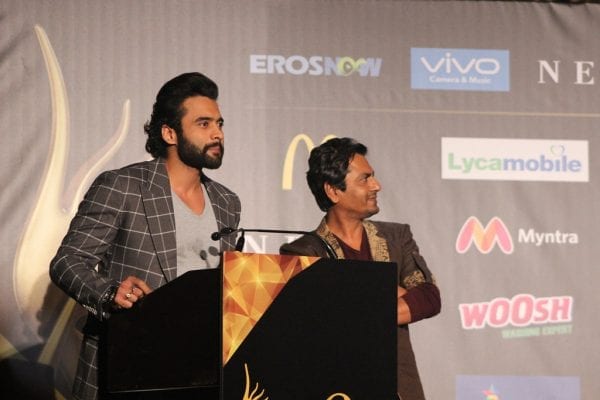 This year marks the 20th anniversary of Nawazuddin Siddiqui’s career in Bollywood. After securing a small role in Sarfarosh, starring Aamir Khan, Siddiqui went from strength to strength, culminating in his breakthrough role in 2007’s Black Friday. It was a film that would claim the Grand Jury Prize at the Indian Film Festival of Los Angeles and receive a nomination for the Best Film award at the Locarno International Film Festival.

If you’re unfamiliar with the qualities of Siddiqui on the big screen — Where have you been? — let’s take a look at some of his biggest performances thus far in Hindi cinema, cementing him as one of the most popular actors in Bollywood.

Siddiqui won Best Actor at the 12th annual New York Indian Film Festival for his role in Dekh Indian Circus. The story depicts the battle that Indians in rural areas face achieving success for their children. Siddiqui plays a father of two children, Ghumroo and Panni, and despite being a loving, caring father and husband, suffers the constrained nature of rural Indian life in silence before trying to find a way out for his family.

The overall response from critics was quite positive. They hailed the movie for bringing third-world issues to light, with director Mangesh Hadawale courting significant praise. Both Siddiqui and his on-screen wife Tannishtha Chatterjee scooped the Best Actor and Best Actress awards at the New York Indian Film Festival.

Although Siddiqui only had a supporting role in Talaash: The Answer Lies Within, it was another breakthrough moment for him, being part of one of the highest-grossing Indian films of the year. Globally, it took in $24 million at the box office, which is mightily impressive when you consider its budget was less than a fifth of that. Siddiqui played the role of Tehmur, the friend of a pimp named Shashi who attempts to blackmail a man into confessing to the murder of Shashi. Thugs employed by the same man who killed Shashi kill Tehmur, but his death was not in vain, as the police caught one of the thugs, who revealed Sanjay was the mastermind behind all the killings.

Siddiqui bagged the Best Supporting Actor award at both the 2013 Filmfare Awards and the 2013 Star Guild Awards for his role in The Lunchbox. It screened at the International Critics’ Week at the 2013 Cannes Film Festival, too, enhancing Siddiqui’s exposure further.

The Lunchbox grossed ₹71 million within the first weekend of its release in India. Film review aggregator Rotten Tomatoes, where it’s notoriously difficult to achieve high ratings, gave the film a score of 96 percent based on its “warm” and “affectionate” Indian love story.

Away from the big screen, Siddiqui has become something of a big fish in the poker world. He is part of an exclusive Nawaz promotion offered to India-based online poker buffs where players can win tournament money and cool gadgets on the PokerStars platform. The promotion celebrates Siddiqui’s appointment as PokerStars India’s newest ambassador.

Just over a year ago, Siddiqui sought to publish his memoirs titled “An Ordinary Life,” which documented his journey from the streets of Budhana to a shining star in Hindi cinema. Siddiqui narrated his personal relationships along the way, including an encounter with Niharika Singh, who co-starred with him in Miss Lovely. However, the inclusion led to the book being canned, following intervention via the National Commission for Women (NCW).

Siddiqui is a man who is never far away from the media spotlight, and this charismatic Bollywood star remains one of the most sought-after actors in the Hindi film industry. His next appearance on the big screen will be in September when he stars in Manto, a film designed to bring the story of Indian playwright Saadat Hasan Manto to life.