Sushmita Panda
She is currently doing her graduation in Philosophy Major from Lakshmibai College, University of Delhi. She is a writer and has been writing blogs and articles for various companies and online portals since a long time. She is a theatre artist and aspiring to become a successful journalist. She loves to read and travel. 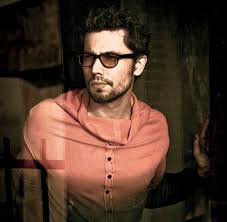 Randeep is one of the most versatile and talented actors in Bollywood. Along with his down to earth nature, he has very well maintained his Jaat attitude. Randeep was born on 20 August 1976 in a small village namely Daseya, in the Rohtak district of Haryana. His mother Asha Hooda is a BJP politician, and his father is a surgeon. He went to Delhi Public School and after that, he went to Australia for higher studies. Because of his Australian accent, he got a chance to debut in the Monsoon Wedding in 2001. Even though the film was well received by the critics, it took 4 years for him to get the next projects.

His casting in Ramgopal Verma’s D (2005) was a turning point in his career. After this film, Randeep Hooda became a household name. After this Randeep Hooda got lead roles in various films like Darna Zaroori Hai, Risk, Ru Ba Ru, Mere Khwabon Mein Jo Aye and Love Khichdi. He also starred in an international production namely Karma and Holi which led to his broad acclamation at an international level. Other than movies he is actively involved in theatre performances and is a part of leading theatre group Motley which was founded by Naseeruddin Shah who is also his guide and mentor.

In 2010, film Once Upon A Time Mumbai in which he played the role of an honest police officer was declared a blockbuster. His performance was appreciated immensely by the critics and the film earned a great commercial success. Following years have been very smooth for him and his achievements are increasing day by day.

His talent and dedication are evident in his movie Sarabjit (2016) which is his most remarkable performance till date. The movie is based on the life of Sarabjit Singh an Indian man who was sentenced to death in Pakistan. Charles Aur Main another biopic on the life of Charles Shobraj in 2015 got a positive response from the critics as well.

He also partakes in various social activism and has worked with various NGOs. He is the only Bollywood actor who participates in equestrian sports like Polo and Show Jumping. He is also inclined towards journalism and writes blogs for leading newspapers like Hindustan Times. Indeed this man is a source of inspiration for a lot of youngsters out there. We wish him all the best for his future endeavors.