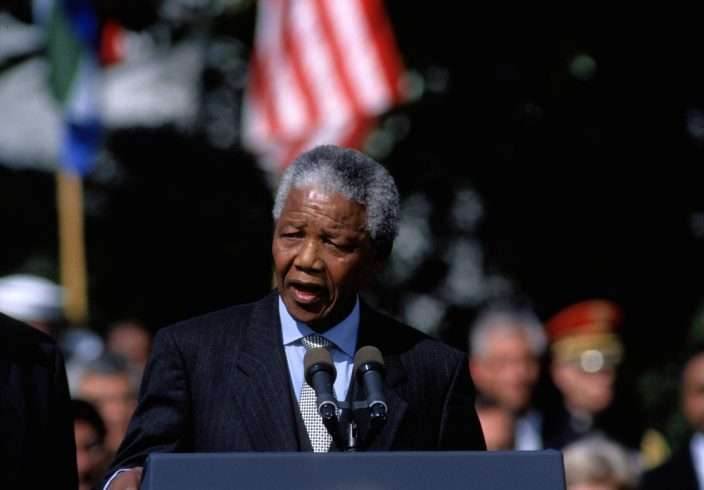 Two years ago, on 5th December 2013, the world grieved the loss of a great politician, humanitarian activist and above all, a revolutionary. Nelson Mandela came into the world on 18th July, 1918 and changed the face of the Earth as we know it. He is known most prominently for his remarkable role in the anti-apartheid movement, an act of such significance that it led him to later become the President of South Africa.

The Politician
Being born in the Royal Family of the Thembu tribe in the village of Mvezo, he was pushed into local politics by the tribe’s high-ranking regent, Jongintaba Dalindyebo. The flair for leadership and a will to change took Mandela to go on to be a member of the African National Congress, starting by heading the Defiance for Unjust Laws Campaign in 1952, which was strikingly similar to India’s Civil Disobedience Movement. Along with Tambo, a colleague, Mandela also founded the first Black law firm, aiming to work for the emancipation of those affected by the injustices inflicted by apartheid.

The Armed Leader
Dismantling the African National Congress, Mandela co-founded the Umkhonto we Sizwe meaning “Spade of the Nation”, in 1961, which went on to execute a guerilla-styled protest against the Government.  In fact, it was while analyzing a guerilla insurgency that he and seven others were given a sentence of life imprisonment. Later, while justifying his position as the head of an armed resistance, Nelson Mandela was quoted saying,

“It would be wrong and unrealistic for African leaders to continue preaching peace and nonviolence at a time when the government met our peaceful demands with force. It was only when all else had failed when all channels of peaceful protest had been barred to us, that decision was made to embark on violent forms of political struggle.”

The Prisoner
Mandela spent most of his “imprisoned” period at the Robben Island prison, being subjected to severe mistreatment as a coloured prisoner. It was during his time in jail that he attained a Bachelor Degree in Law from the University of London and drafted his autobiography “Long Walk to freedom”. He also helped his fellow prisoners become better human beings by preaching nonviolent modes of protest.

After spending 18 years in Robben Island prison, he was taken to Pollsmoor prison from which he was released on 11th February 1990, following the orders of the then President, F.W. de Klerk.

Upon becoming a free man, Mandela pushed for a multiracial form of Government, an initiative for which he and President de Klerk received the Nobel Peace Prize in 1993. Following this, in April 1994, the ANC won the first ever multiracial general elections, declaring Nelson Mandela, affectionately called ‘Madiba’, as the President.
Even after retiring from politics at the end his term as the President, he kept on fighting for a peaceful and socially balanced world. After a series of health issues that continued to weaken his physical existence, Mandela bid farewell to us on 5th December 2013.

The immense contribution made by the man, Nelson Mandela, was acknowledged by the United Nations when in 2009, it declared 18th July as the Nelson Mandela International Day.

Even though we incurred a major loss following his death, we can only do true justice to his enriching existence by forever working for a better, more human, world.

It is only people like ‘Madiba’ that after ceasing to persist tangibly encompass the boundaries of time and space, become an ideology that is immortal and invincible.