Ever since it’s launch in 2012, Tinder has become an essential part of pop culture. For anyone who’s been living under a rock or has been too caught up in Kanye and Kim naming their son Saint West just so that they could prove that there, in fact, a worse name out there than North West, Tinder is an extremely popular dating app. It connects to your Facebook and places you in a ‘stack’ for guys to swipe left (a no) or right (a yes) on you. Don’t worry, you get to do the same too!! It’s an app that allows you to be gloriously shallow and judgemental while you can spice up your love life under the veil anonymity. It can also give you quite the experience maybe even prompt you to write an article called ‘Everyone’s Tinderella’.

And as someone who spent a whole hour on the app as a bet, I can tell you that the shallow+judgmental+anonymous combination is pretty addictive. That’s until you actually have to talk to someone and get creeped out and delete the app. Of course. I mean, I’m not saying I did that, just that someone very, startlingly similar to me did that.

So it’s no surprise that Tinder CEO Matt Cohler realised the massive, unexplored Indian market. Born and brought up in Los Angeles, the Tinder board of directors consists of Sean Rad, founder & CEO of Tinder; Matt Cohler, general partner at Benchmark; Greg Blatt, chairman of Match Group; and Sam Yagan, CEO of Match Group. Citizens of all 196 countries swipe to meet what we could call ‘interesting new people’. This has landed it a spot in the top 10 lifestyle apps in more than 70 countries. In 2015, Tinder launched Tinder Plus, something that made my friends on Tinder VERY excited. It gives users access to premium features, Rewind and Passport, so basically, if you’re so used to swiping left that you swipe left for a cute guy, the ‘rewind’ options gives you another chance to look at him. And you get to swipe people from foreign countries with ‘Passport’– mmmmmm…hot foreigners. Mmmmmm. 26 million matches are made on Tinder each day,  with more than 10 billion matches meeting for dates. That’s a pretty impressive résumé, huh? Not impressive enough however for Tinder’s heads who’ve appointed Taru Kapoor as the head of Tinder India for this very purpose.

Meet Taru Kapoor. Head of the operations of Tinder’s Indian offices, who will be operating from Delhi as she focusses on establishing the brand here and streamlining the app to Indian user needs. She has an MBA from Harvard under her belt and was active in the VC and startup communities of the Ivy League School. She also has experience in business development and financial modelling under her belt having been a part of well-known companies like the Boston Consulting Group and Sequoia India Capital. Looks like Tinder managed to find itself a head with a résumé as impressive as it’s own. Commenting on Tinder, Kapoor said,

“Being part of a young brand like Tinder is both exciting and challenging. Tinder is already the market leader here without significantly focused efforts in the past and the future potential here is astounding. I am thrilled to be given the responsibility to take this brand to India, which we all know is among the largest, most dynamic and vibrant populations in the world.”

She’s not the only one excited, however.

Commenting on the appointment, Tinder CEO Rad said, “We have exciting plans for Tinder in 2016 and having Taru on board is a step towards making India one of our core markets. Taru’s passion for Tinder and understanding of the Indian market makes us, even more, confident in our plans to expand in India.”

So here we have it. A lot of brainpower goes behind something that may actually help people find their soulmates. Or at least, a fun night. Tinder, under Taru Kapoor, seems to be here to stay. 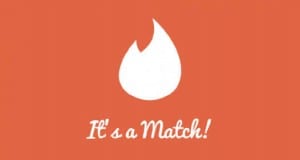 How to Stop Being Codependent – 8 Practical Ways

How to Stop Being Codependent – 8 Practical Ways