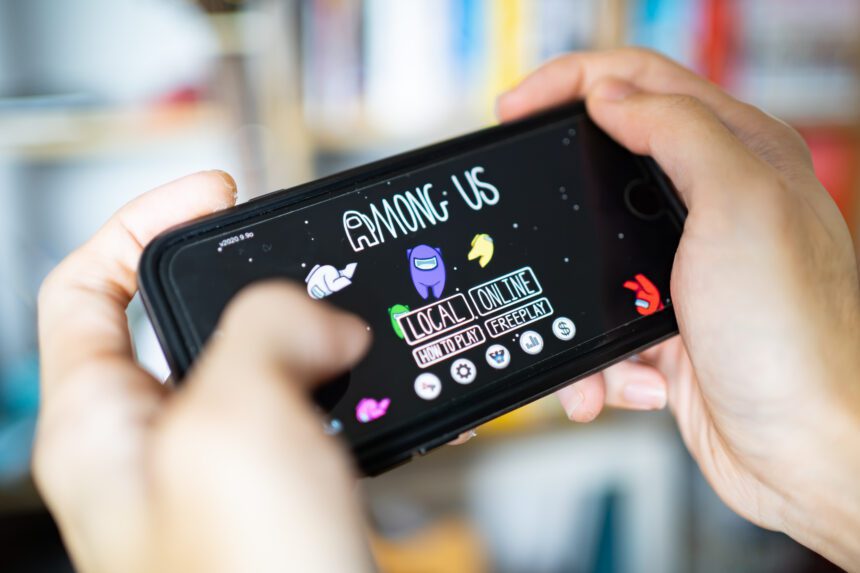 Which iPhone games are the best? Whether you’re an Apple fanatic or just purchased your first gadget, you’ll probably ask yourself that question at some time. You’ve come to the right spot since we’ve assembled a list of the finest 11 gaming experiences you can have on your iPhone.

We’ve included a few different genres to assist you in locating something that uniquely appeals to you, so no matter your tastes, we’ve got you covered here. The Apple Store has something for everyone, from mobile slots to Angry Birds, so it’s safe to say we have covered a lot of ground comprising this list.

2. Diablo Immortal – If you like the Diablo games or anything similar, you’ll adore it. The genius here is that this isn’t some cheap smartphone copy — this is a full-fledged Diablo game, which makes a big difference. Okay, it’s loaded with microtransactions, but if you want to try the game everyone’s raving about, you’ll have to bite the bullet.

3. Genshin Impact – Genshin Impact is a gacha-based open-world RPG in which you play as an interplanetary traveler who, along with their twin, has been stuck on the planet of Teyvat, a realm full of gods and monsters. Form groups of four elementally linked heroes to explore the realm, combat monsters, and solve the mysteries of Teyvat’s past.

4. Meteorfall: Krumit’s Tale – Meteorfall: Krumit’s Tale appears to be the pinnacle of games that blend turn-based strategy, deck building, and RPGs, then compress the resulting playfield into a compact grid. Your goal is to overcome enemies on a three-by-three playfield by strategically using cards. However, instead of being dealt cards, they are bought or discarded from the grid for money.

5. Catchee – Catchee is a cheerful melodic catching game in which Catchables fall from the top of the screen, and you scoop them up in a bowl. In theory, at any rate. But, once it gets going, this type of fast-paced arcade challenge will have your heart pounding when you reach the finish of a song without all of your Catchables ending up a splattered mess on the floor.

6. GeoGuessr – GeoGuessr’s strange gaming loop is fascinating. It is truly unique among the items on this list. First, you are shown a Google Maps image from someplace in the world. Then you have to guess where it originated. The more points you get, the closer you are. It’s straightforward but compelling.

7. Apex Legends Mobile – Apex Legends, flush with success from its console and PC adventures, does many things right in its transfer to mobile. Using Call of Duty Mobile’s trick of combining aiming and shooting with your right thumb, its complexity of other controls must be managed carefully on a touch screen, which is cumbersome but manageable, especially given the lack of cross-platform play. These issues instantaneously vanish when using a Bluetooth controller.

8. Cards of Terra – An extraterrestrial princess has crashed-landed on a world teeming with warring clans and frightening monsters. Fortunately, she’s a magical alien princess, and she rationally decides to set the creatures mentioned above against each other to wipe them out, save her crew, and get off the mudball for good.

9. Retro Bowl – Retro Bowl is a fantastic retro-themed American Football game. You’ll simply need to take control of the offense, and it’s thrilling when you precisely aim a pass or expertly sidestep your way past a crowd of opposing defenders.

10. Stardew Valley – In this game, you must restore, refurbish, care for, and inhabit a rural farm after leaving the city and its dreary 9-to-5 job shifts. You can farm, raise livestock, communicate with other townies, fish, mine, date, cast spells, and do many other things. But, no matter how much you explore in this game, there’s a good possibility you won’t go through it all.

11. Pokémon Go – Pokémon Go, one of the most well-known augmented reality games ever released, couldn’t be left off our list. In this game, you can hunt for and find Pokémon roaming the streets of your city, then capture them by throwing your Poké Ball at them using your smartphone’s GPS and camera.