The 6 Ice Hockey Positions: An All-Inclusive Guide To this Amazing Game!

History of the Game

In 1893, Stanley Cup was awarded to the Canadian Champion of the game for the first time. Later, it was renamed to NHL (National Hockey League) Championship Trophy.

Though the game of ice hockey has always attracted a lot of fans in North America, especially in countries like Canada and the United States of America, ice hockey never gained popularity all over the world like football or basketball.

In the last few years, the game has observed an increase in fan following and popularity, not only in the other parts of North America but also all over Europe. The relatively colder European countries have shown great interest in learning and playing this exciting game. European countries like Russia, Germany, Finland, and Sweden have led the way in Europe for embracing ice hockey and also find themselves among the winners in the recent Olympics.

The captivating, fast-paced action of the game has allured its way into the people’s hearts. Because of being played indoors in the ice rink, even the weather does not affect the game. Other than that, the lively, engrossing environment, the fierce players, and the wicked hockey positions’ tactics make for a great viewing experience for the fans.

Today, ice hockey is one of the most popular sports in the United States of America and has turned out into one of America’s favourite sports.

Ice Hockey is played with two teams, consisting of six players, each with ice skates on an indoor or outdoor ice rink. Both the teams aim to score as many points as they can in the given time.

The players use their wooden sticks to shoot the vulcanized rubber puck into their opponent’s goal net, with the goalie trying to defend the puck.

The game is mostly played for 60 minutes, in three different sets of 20 minutes. There is a 15-minute interval between the first and second set.

With all the high-intensity action of the game, it’s very easy to believe that there are no actual hockey positions for the players except for that of a goalie. Although it seems very difficult to catch with bare eyes for the young fans, in reality, the game comprises extreme tactful hockey positions and formations that work both in pairs and alone to help win the game for their team.

Other than the one goalie, there are five distinct hockey positions for the players in the game – centre, left-wing, right-wing, left defence, and right defence. The centre ice, left-winger, and right-winger are the forwards who play offensively in their formation to score points for their teams.

The two players in the defence positions also play in pairs with great coordination to prevent and block the opponent’s three forwards from scoring.

Let’s learn about the roles of all the hockey positions in detail.

The primary role of a player in the forward position is to assist and score goals for their team. Commonly, the three forwards (one centre and two wingers) stay in a lane, which helps them to form a common offensive strategy known as a triangle.

However, lately, the modern time NHL teams have invented unique strategies of their own to aid to their unpredictability.

The common tactics include the wing forwards passing the puck between themselves and dodging the opposing defencemen to look for scoring opportunities. Also, a team’s forwards boosts the team’s confidence by controlling the offensive play of the game through increased ball possession in the offensive zone.

The three different forward hockey positions are explored below.

The primary responsibility of the players who work on the centre hockey positions is to score goals and control the action in the hockey game. The centre’s role is not just to be involved with the faceoffs but at the same time to create scoring chances for their hockey team. Their hockey IQ makes them the most important position in the hockey game as they predict the movement of the puck at faceoffs and make for a good shot during goal-scoring opportunities.

The most successful NHL teams have some of the all-time greatest Centre players. They are known both for their goal-scoring and chance-creating abilities. Some of the best centres of ice hockey are – Sidney Crosby, Mario Lemieux, and Wayne Gretzky.

The left-winger and the right-winger of the ice hockey team are among the main positions in the game.

Earlier, most teams played both their left-wing and right-wing according to whether they shoot left or right. But with time, the ice hockey teams and coaches have discovered that the right-handed players shooting from the left-wing positioning and vice versa with the left-handed players shooting from the right-wing positioning provides for a better shooting angle and causes problems for the opposing team’s right defenceman and the left defenceman simultaneously.

The left-winger and the right-winger create chances for the centre to goal and contest for the puck possession in the defensive end.

The wings control the play from all the different positions of the game. They are equally good at skating forwards for scoring goals for their team and skating backward to provide support to the last line of the defensive zone to block the other team from scoring goals.

The wings position is held by the most ardent players of the game. They aid their team to gain possession of the puck to control the play, create chances for the forwards to score by passing lanes, and also help in blocking puck shots by the opposing team’s forwards.

Some of the best players to play at the left and right-wing hockey positions are – Maurice ‘Rocket’ Richard, Jaromir Jagr, and Dave Andreychuk.

The primary job of a team’s defencemen is stopping pucks in their side of the ice and blocking the opposing team from scoring goals. The two defencemen try to position themselves along the blue line to keep the puck in the defensive zone, away from the offensive zone of the play.

A team mostly plays with two defencemen (left defenceman and right defenceman), who are assigned to intercept and block the puck passes of the other team. But, during exceptions like penalties, the defencemen are needed in the offensive zone and expected to execute accurate passes and offensive slap shots from the blue line.

Some of the most famous defencemen to work on the left and right sides in defence hockey positions are Nicklas Lidstrom, Bobby Orr, and Ray Borque.

The goalie position is one of the most difficult hockey positions in all of sports history. The goalie’s job is the simplest to understand in ice hockey: to keep the puck from crossing the goal line, giving the opposing team a point.

Other than blocking the puck shots of the opposing players, the goalie also needs to work on the rebounds of their saves, and bounce back up in no time, to be ready for the next play. The goalie should always be aware of the game and freeze the puck to stop the offensive momentum of the other team whenever needed. The goalie should always look out to pass the puck to a close-by teammate to initiate the offensive counterattack.

The goalie has to singlehandedly defend the puck fired by all three forwards – centre, left-winger, and right-winger, from all the different sides and angles of the ice to prevent a point. This makes the goalie one of the most difficult hockey positions to master.

A goalie also needs to be emotionally sound and strong to focus on the game and not let the previous goals affect his performance. This makes a goalie one of the mentally strongest hockey positions.

Some of the most famous players to excel in goalie hockey positions are – Dominic Hasek, Jacques Plante, and Patrick Roy.

The fast-paced action studded game of ice hockey takes all the attention from your heart and mind. It may look like an absolute circus of a game for first-time watchers, but not anymore for you. Learning about the basic positions in hockey will bring your interest to this beautiful game and aid in your ice hockey watching sessions in the next major seasons.

Be it blocking shots like a world-class goalie, playing on the right side as a winger to create chances for your team, intercepting the opposition team’s forwards as a defenceman, or dodging the tackles and winning the match for your ice hockey team; all these are equally important hockey positions for an ice hockey team to be successful and known worldwide.

After learning about the roles of all the different hockey positions of the game, do tell us about your favourite position that you would like to excel in someday! 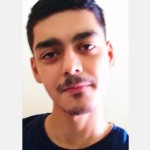