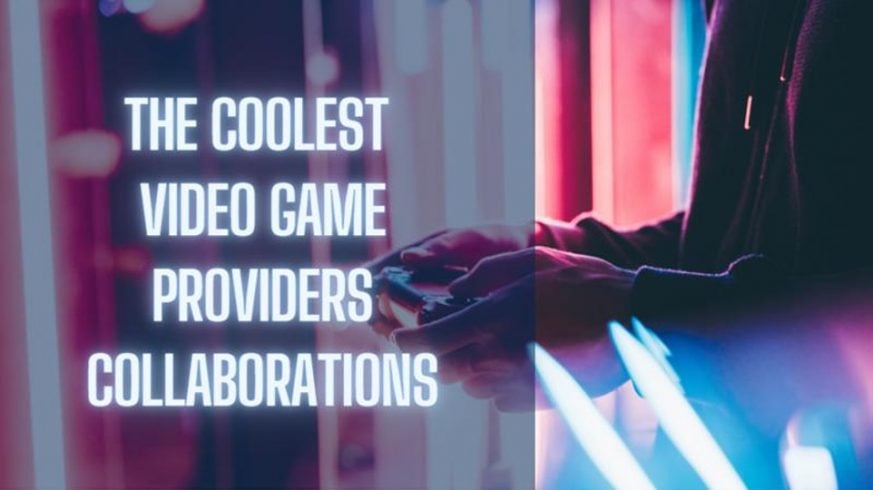 Rivalry is a large part of many industries as all companies want to be the best. The gaming industry was no different as secrecy shrouded the development of each new game or piece of gaming equipment. Recently the gaming industry has realized that partnership can be just as effective. So, there have been some major names both in and out of the gaming industry working together. For the tech giants, it is much harder to create a successful collab, unlike other game creators and casino providers for slots, such as Mega Moolah slot free play.

Sony and Microsoft were the first companies to announce that they would be working together. The project that they were going to work on was around the Microsoft Cloud Azure. Following that, Activision Blizzard and Google announced their collaboration. Activision Blizzard was going to use Google Cloud and YouTube. This was a major coming together of companies as YouTube would exclusively broadcast e-sports Hearthstone and Call of Duty.  Taking things a stage further are the gaming companies that are partnering outside their industry.Take-Two Interactive McGill University scientists Puma, and Tetris among others, have seen gaming and fashion come together, while music has seen Monstercat and Rocket League joining up.

The Software Companies Involved in Collaborations

Here are the most interesting grand collabs so far:

As both companies are in the gaming industry, the rivalry will not completely go away. Three main areas are being covered.

It is clear what both companies want to achieve and that they believe the other can help. The way forward for the gaming industry has been said to be streaming, and Microsoft is now beta testing their version called Project xCloud. Both companies see that they will gain from the collaboration. Sony will get access to the global Azure data centers allowing more of their gamers to have an improved streaming service. For their part, Microsoft will avoid problems previously faced thanks to the experience Sony has in streaming.

Google Cloud will now host online games produced by Activision Blizzard. Except in China, esports will be hosted by YouTube. They will also take advantage of the AI to further improve the gaming experience.  AI is getting better and better, until it is indistinguishable from a human voice.

It has taken a few years to get to this position, and Google is pleased that they are helping to further the work done by Activision Blizzard. We are going to see e-sports become mainstream, and the new platform will see the range increased. Figures show that 50 billion hours of content were watched by over 200 million gamers last year.

Borderlands Science is a minigame produced by Take-Two Interactive. There are benefits for several people. Gamers can earn rewards, and scientists get details of the microbes found in the gut. It may not have been most people’s idea of the best way to advance science, but there have been some good results. In the game, colored tiles need to be lined up, and each one represents a section of microbe DNA. This is going to help scientists at McGill University learn more about microbes. Due to the success, more scientists will likely look to work with the gaming industry as it is clear that there is a chance to advance AI.

The Endgame movie has moved on, and players are given help in their quest to run Thanos. There is now the chance to use items, such as Iron Man’s gloves and the shield of Captain America. It is not the first time that this has happened, as there has already been a successful collaboration involving Infinity War. There have been some new skins produced, including Star-Lord. He is also a part of the Star-Lord emote is the Dance off. This appeared in the film and has transferred to the game. These came on top of the Black Widow skins that were introduced a short time beforehand.

Monstercat and Rocket League. There have been a couple of musical collaborations with video gaming organizations. There has been an ongoing connection between the two as Rocket League has used Monstercat for the music that appears in the game. There has since been a change of scope, and the companies are having a joint vinyl produced. It covers a lot of the tracks that appear throughout the game.

Video games are big business, and it is understandable that when they enter into collaboration, it is going to be with well-known brands. In some cases, there will be an advancement of technology in general, and that will be when it is 2 electronic companies that work together. There is a clear advantage for both sides of the collaboration to work with the other. It will be bringing its product to a new audience, and while it must be accepted, there may not be an ongoing customer base formed; it will be profitable while it lasts. Due to the success of the collaborations that have happened, there are bound to be more.