The battle line between good and evil runs through every man

Nothing is black and white in this world. Pure evil does not exist in the human world. Everything is made out of shades of grey. Although some of them happen to be more on the dark side than others, that does not mean that they don’t have other colours inside of them.

Here are 5 of the world’s most vicious dictators and their soft side that you never knew about.

He is one of the few people in the world who requires no introduction. He is considered to be the evilest man in modern history who rose to power in 1930s Germany. Responsible for the greatest atrocities in human history, he had ordered systematic racially based murder of about 11 million people. That’s dictatorship being taken to a whole new level.

Although the world can never forgive him for what he did, there’s no doubt that he also had another side to his personality. He was a painter but was rejected from art school. He didn’t drink and largely avoided eating meat. An animal lover at heart, he disproved of cosmetics that contained animal by-products. He was against smoking and had promoted various anti-smoking campaigns across Germany.

He was the dictator of Union of Soviet Socialist Republic (USSR) from 1929 to 1953. During his reign, USSR was transformed from a peasant society into an industrial and military superpower. Considered to be one of the evilest men of the 20th century, millions of his citizens died during his rule. Terror dominated his rule among people.

Even though he is regarded as a narcissistic and a paranoid mass murderer, he was a true cinephile. He considered himself to be a true movie expert and Russia’s premier film critic. Moreover, he had a poetic soul and had written romantic poems when he was young.

Also known as ‘Butcher of Uganda’, approximately half a million Ugandans were killed and tortured at his hand. He had expelled all Asians from Uganda, leading the country into a serious political and economic turmoil.

Despite the fact that he almost enjoyed killing people, he had an enjoyable social life. He was a great fan of football. He enjoyed rides in open roof vehicles driving around town, all by himself, chatting with people on the street. He also loved partying. It is quite tough to imagine how he could be such a party boy on one side and the person who killed millions on the other.

Being a communist leader of Cambodia, he had envisioned a country that would be equal by any means. He thought of sending people from the cities to the farms and the people from farms to the city to achieve this. He did not get the results he expected. As a result, he resorted to punishment and deprived people of their right to education, medication and nutrition. About 2.5 million people were executed who did not follow his ideals.

However, before becoming a ruler, Pol Pot taught at a university and was beloved by his students. They thought of him as a kind man. In those days, he spoke about kindness, and in respect of revolution, he believed that one needed to put himself in the shoes of the poor people to be successful. But along the way, he himself became the monster that he sought to destroy.

The Late Colonel Muammar Gaddafi ruled Libya for 42 years. According to critics, the Libyan people lived in a climate of fear under Gaddafi’s administration, due to his government’s pervasive surveillance of civilians. Western commentators typically described Gaddafi’s Libya as a police state. Opponents were critical of Libya’s human rights abuses; according to Human Rights Watch (HRW) and others, hundreds of arrested political opponents often failed to receive a fair trial and were sometimes subjected to torture or extrajudicial execution.

Gaddafi was a family man. He loved his wife and his 10 children out of which 8 were biological, and 2 were adopted. He did introduce a lot of reforms in his country. Some of them include free electricity, low petrol price (around 0.14$ per litre).

It should be noted that our objective is not to defend these people but to show that every person has two sides-sometimes, one more prominent than the other. 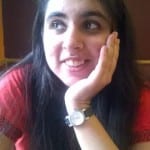 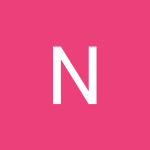 The Story of Carl, The Circle