The Paradox Of Gaming: A Boringly Fun Experience 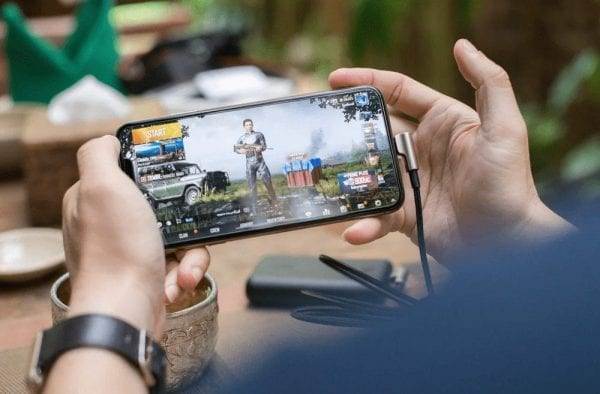 If at some point in your life, you’ve been really hyped about a video game release only to find yourself dreadfully bored of it within two weeks, don’t worry for we’ve all been there, done that. Becoming uninterested or feeling indifferent towards gaming is not an uncommon occurrence. It can happen to anyone without reason, even to the most passionate of gamers.

While video games are excellent forms of entertainment, they’re not immune to recycled ideas and cross-similarities. If a game bears strong similarities to another or is simplistic and slow-paced, we can’t fault gamers for becoming bored with it quickly. Hence, if you find yourself falling into this category of ‘apathetic gamers’, here are some key tips and tricks in helping you revitalize your gaming experience back to normal or beyond.

Why Are Your Games Boring You?

Ever since the very first video game ‘Ping Pong’ was invented in October 1958, it comes as no surprise that the video game industry has developed and flourished tremendously over the decades. New consoles and games are constantly being churned out year after year in this multi-billion dollar industry — it just never slows down. Besides that, gaming equipment is ever-evolving, with things like the best business gaming laptop and mouse easily found and loved by gamers of all ages.

Consequently, it’s also unsurprising how inundated each video game genre is; meaning to say, it’s become exponentially hard to be creative or innovative in this highly competitive environment. It seems as if every single coding formula has been thought of, level design becomes a regurgitation of another, and story and pacing become lackluster and uninspiring. With such difficulties to face, it’s tough not to fall victim to the menaces which are repetition and unoriginality.

While there’s nothing wrong with emulating or adapting from games you’re inspired by fundamentally, the true conundrum therein lies with forsaking production value for productivity. As a simple economic concept explains: every firm seeks profit-maximization. Thus, valuing profit margins in favor of cutting costs and undercutting quality is a sound strategy — as long as the company is willing to face the consequences.

Essentially making a carbon copy of another game with a few minor tweaks for ‘differentiation’ purposes is a cheap blow to both the integrity of video game creators and fans of the franchise. The effort to engage and stimulate gamers with fresh content is negligent, directly capitalizing on fans’ loyalty for monetary gains.

This is often observed in the act of franchise ‘milking’ with unpolished installments released year after year. Hence, you can’t blame gamers for becoming quickly disappointed and bored with their once-beloved franchise.

I Can See It From A Mile Away

Along the same vein of repetition comes predictability in games. Repetition breeds pattern trends and if they occur frequently enough, nothing comes as a surprise anymore. Hence, to keep gamers engaged, game designers have the important role of keeping content fresh and innovative. They have to both embody the creative vision of the hallmarks of a good video game whilst simultaneously digesting it from a gamer’s perspective.

How To Make Video Games Un-boring:

Props should be given when due in the event of well-executed and well-timed surprises that game designers sneak into their games. Good plot twists like a heart-wrenching death of a fan favorite or a satisfying victory over the enemy are all great ways to keep gamers on their toes; however, a PSA to all game designers out there: play your plot cards wisely to ensure your fans like the developments, and not actually hate them. If not, there might not be a fanbase left by the end of it.

These plot developments should encompass intuitive gameplay design and immersive storytelling to really sell the game. If all these elements are well-balanced, gamers will be at the edge of their seats for the entirety of the game. You’ll grow and sustain a solid fanbase in no time.

Understanding your demographic is key to game production. If you’re uncertain of who this game is even being made for, how else will you know what best satisfies their preferences and interests in a game?

Take level difficulty for example. If your target audience is children, there’s no point in designing overly-complicated puzzles or ridiculously tough boss fights. Most children won’t be able to grasp the difficulty in these challenges and would give up as soon as they started.

Thus, throughout the game production process, it’s imperative to consistently release community updates and pre-releases in alpha and beta versions to track your game development progress and remain accountable to people supporting you. In return, you’ll also get valuable, targeted feedback to improve on your game accordingly, rather than blindly stumbling in the dark with no clue whatsoever.

A Second Go at Gaming:

You’re Allowed to Have More Than One Hobby

Your identity shouldn’t be restricted to just gaming. You’re a multifaceted human being with multifaceted interests and desires; don’t restrict yourself to one hobby alone. There are so many other activities in the world to try. For example, picking up a new sport or learning a new language.

By redirecting your sluggish energy into doing new things, your focus and attention get both stimulated and renewed by a simple change in the environment. By being productive in new ways, your mind and soul will get the rejuvenation that they sorely needed. Best of all, you can just as easily return to the world of gaming as you left it initially whenever you’re ready.

While there’s nothing inherently wrong with having a niche gaming genre, more often than not it imposes labels on people as ‘only being good at’ one specific genre. It inhibits gamers from enjoying their gaming experience to the fullest by impeding their exposure to multiple genres.

Just because you like RPG or FPS doesn’t mean you’re not entitled to enjoying platformers or strategy games either. Don’t pigeon-hole yourself and limit your world to just a few types of games. Doing so will only give in to boredom in a matter of time.

To wrap things up, maintaining interest in gaming is two sides of the same coin: action is necessary on both the game developer’s and gamer’s part. While good game design is what sets the baseline for engaging an audience and growing it, gamers are also responsible for keeping the franchise alive by providing feedback and suggestions to game developers to spur it on to greater heights while also praising it where credit is due.