What is bad and what is good is relative. Often, they are encoded in religious texts and values. On a large scale, I assume that they will all be the same – that is what a secularist believes; only the levels will vary based on geography, history, and point of view. Anyway, one thing that we all have in common is that – we are all expected to be good. At the same time, we are good at a few bad things.

Most of the time, we are aware of their badness. Then why do we still do them? Because it’s funnier, it’s easier, and it’s Megamind-ier!

Well, this is obvious. The best part is we can actually do the bad things. After all, who doesn’t want a little mischief and fun as long as nobody is hurt?

We all carry a burden of expectations imposed on us by our ‘well-wishers.’ Being bad and not meeting the expectations hurt them very much at the beginning, and then, not so much. Though they will be upset, they give up on you, freeing you from the pressure of expectations.

Once you get tagged as the ‘bad guy,’ it does not surprise people when they find out that you were involved in a mishap. Gradually, they learn to get along with you and find a way to not get in your way as much as possible. And boy! That gives you so much space!

No matter what myth you believe in, you have characters you feel wowed by. Many Greek Gods weren’t really good.

We also have characters on television and comics who aren’t exactly good. It’s why we have the Joker. Or a movie like Suicide Squad.

If you were good and then did a tiny little bad or just stopped doing good, you are done! Critics will soon surround you. But for the bad, even if you stop being bad and actually do good, your fame does not go away. It makes me wonder, are bad people more loyal, more grateful?

6. It’s A Little Easier to be Sexier

7. You Can Throw Dirt on Others 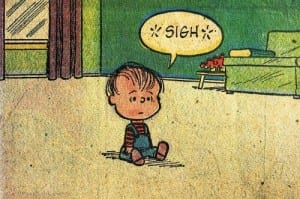 Share
Facebook
Previous articleFind the Best Term Plan For Your Family By Doing This
Next articleWhy Are We Different? The Story Of My College Friends