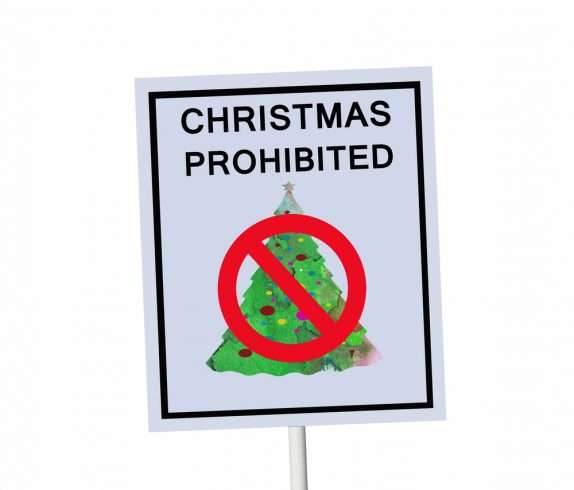 Are we still in the Christmas mood, or have we had enough of cakes? How would I know? It’s an article, not a Skype chat.

Moving on, I hope you all are having a great time over this Christmas and the following long weekend. The winters are always a vacation in themselves. But guess which Christians aren’t having a good time? The ones in Brunei.

Now I know you’re all going to need a geography lesson, and it might be boring, but I’ll be quick. Brunei is a South Asian country that is the size of a pea but is the fourth-largest producer of oil in the world. It also has a king (you all pretend to be one, but he knows his way around the country). Also, its official religion is Islam (the Sunni kind).

Coming back to the point, the Brunei king says that the Christians over there cannot ‘publicly’ celebrate Christmas. They can celebrate it privately, without much hullabaloo, after ‘informing’ the authorities about it. There’s more to it. If anyone’s found celebrating the festival, quote, ‘excessively and openly,’ they’ll have to suffer up to 5 years in prison or pay a fine of $20,000 or both. The Ministry of Religious Affairs officials reportedly frequent the shops at this time of the year to make sure nobody is selling the decorations, including Santa hats and the cards with Christmas greetings.

You might be wondering what the fuss is about a festival as simple as Christmas. It’s for the kids. A cute old fat guy comes down the chimney, puts down some gifts under the tree, has cookies and milk, making sad lives better for a day, and bellies happier for a whole season!  Then why is the government of Brunei so weird about this? Well, as you must have guessed by now, the reason is definitely the most stupid of all. You see, 65 percent of Brunei’s population consists of Muslims. They fear that celebrating the festival might lead its Muslim population astray. They also consist of about 10% Christians, but why would they care about that. No one gives a shit about minorities, except for our country, where they only give a shit about minorities! (That burns, though.)

The local Islamic leaders are really happy about this ban because a few interpretations of Islam prohibits the imitation of any other religion, and celebrating Christmas is tantamount, really.

Now, who can go against stupidity like that? The answer is nobody. Nobody except the loveliest peeps on social media. They have come up with an online campaign with the #MyTreedom, which encourages Christians and others in countries like Saudi Arabia and Iran to post images of themselves celebrating Christmas. It includes several contributions from Brunei residents as well.

On that angry note, I’d love to sign off because I got a cake to finish.