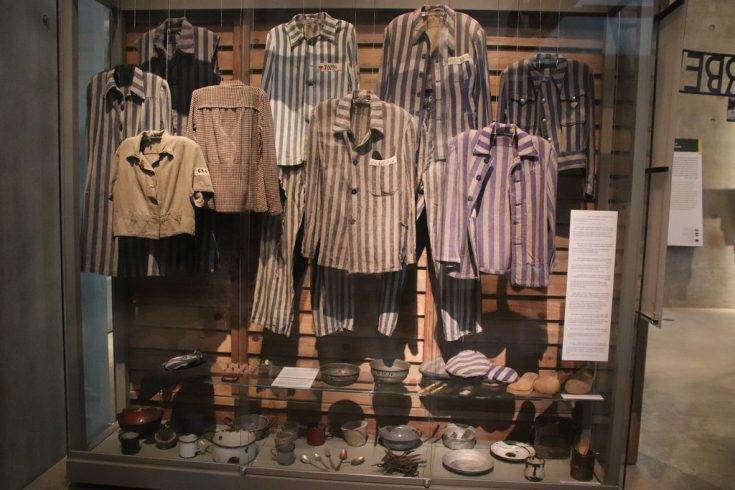 A museum with a dinosaur skeleton is common, but ever imagined visiting a camp where millions were tortured and killed? A Holocaust museum is a rare gem that still holds on to the past and preserves it as a warning for future generations.

You have heard of the holocaust, but how much do you know about it? What happened in the concentration camps? Meet the Holocaust survivors, read the letters of people dying, and know all you need to know about it in these museums.

Here are the best holocaust museums from different countries across the world.

The holocaust is one of the unspeakable acts of violence in history, which has bowed many heads in shame and tears. Hitler’s intentional mass killing (Final Solution) to wipe out the entire Jewish community during WWII (1941-1945) led to the death of 6 million Jews across Europe.

This museum transports you back to the Nazi regime. It conducts several human rights programs, events on International Holocaust Remembrance Day, a permanent exhibition- ‘the holocaust’ and two annual exhibitions. It is home to 85000 photographs, millions of archives, around 12500 artifacts, nearly 1 lakh resources in the library, and 9000 testimonies.

The victims’ memory has a hexagonal ‘hall of remembrance’ where you can light candles and pray before the eternal flame. The heart-wrenching tower of faces is crowded with over 1500 faces destroyed by the massacre in Jewish communities.

The Nazi and prisoners’ uniforms, albums of prisoners, Nazi machinery, models of the camps and transport, art, books, maps, and tools used to murder are only a speck of what’s displayed in this extensive museum.

2. Memorial to the Murdered Jews of Europe

This memorial to the holocaust was built 17 years. It is rightly located in a city once inhabited by Jews in Berlin. During the war, this area was one of Hitler’s favorite genocide sites. Peter Eisenman and Buro Happolds designed this enormous but simple memorial.

It has rows of concrete slabs set in a grid-like pattern across 11 acres of uneven ground. The ‘stelae’ vary in height as you move towards the center, from low bench-like structures to tall, intimidating blocks. This creates a surreal atmosphere. The 800 sq.m museum lies beneath the east side of this structure.

What Does It Have?

The underground information center exhibits personal objects like letters in four rooms. You can listen to lectures, documentaries and read related books. The center for visitors captures the important memories of the holocaust and crime sites. There is a room dedicated to the memory of 15 Jewish families. You can also check out the names of nearly 4 million victims of the holocaust obtained from Yad Vashem.

Israel is the home of Jews. The 45 acre Yad Vashem, meaning a memorial and a name, is the second popular tourist place in Israel.

The rebuilt holocaust museum includes a visitor’s center, a new history museum, a memorial to the victims, art museum, a holocaust educational center, and a synagogue. The new, beautiful, prism-shaped underground history museum with skylights and the children’s memorial was designed by Moshe Safdie.

The Holocaust history museum has thousands of personal objects, artifacts, 600 photographs, and 2.2 million pages of testimony collected since 1950 in the hall of names. The children’s memorial has a mirror room with lighted candles reflecting the 1.5 million victims with recordings of their names and details.

The art museum built in 2005 displays over 11000 artworks, the largest holocaust art collection in the world! It includes artworks by Jewish artists who perished in the holocaust and others by eyewitnesses and survivors.

This world heritage site, Auschwitz, was the deadliest of all the concentration camps, where almost 1.1 million jews died during World War II. The Polish government turned Auschwitz I and the remains of Auschwitz II into a museum, including a research center to preserve their memory.

Auschwitz I hosts the main exhibition. You find portraits of the prisoners, heart-breaking remains of victims’ hair, shoes, bags, and the tools used to torture. Witness for yourself the fate of the Jews sent to these camps directly from this authentic site.

Beth Shalom, house of peace, is the only museum solely engaged with the holocaust in England. It is also called the national holocaust center and museum. James and Stephen Smith established it after being inspired by Yad Vashem in Israel.

The memorial museum in the center takes you through the history of Jewish life in Europe before, during, and after the Nazi rule and their challenges through exhibitions and galleries. You get detailed information on concentration camps and their evolution.

There are white rose gardens and pebble piles where each rose and pebble stands for a victim. You also find stained glass windows and sculptures by survivors here. Meet holocaust survivors and listen to their first-person accounts in person.

The remains of a single Jew family are as traumatic as the entire collection at the National Holocaust Museum. The Anne Frank house museum helps you understand what it was to be a hunted Jew in those times. This is the third popular museum in the Netherlands.

You get an audio guide with the tickets. It exhibits Anne Frank’s personal life in hiding and social times. There’s also an exhibition on forms of discrimination. Much of the secret annex, along with its contents, is preserved in its original state.

So are the personal possessions of Anne and her family, including posters, bookcases, drawings, notes, diary, family portraits, and historical footage in some rooms. The visit is tragic and heart-touching, especially if you have read her diary.

Related: Take a digital to peek at the secret annex here.

Australia is home to a large number of Holocaust survivors. Naturally, they wanted a museum to preserve their story, which resulted in the Sydney Jewish Museum.

Its slogan, where history has a voice, echoes the main aim of this museum- to learn from the past. It was recently renovated and had a modern and scientifically advanced atmosphere.

It possesses an extensive exhibition, temporary feature exhibition, and a rich library. Exhibits on 3 floors include films, testaments, artifacts, digital recreations, the evolution of the Jews from their accounts in the bible to their life and service in Australia.

It explores Jewish life in its entirety, from the beginning to the present day, and addresses today’s human rights issues via new technologies. The library has a diverse collection of over 6000 audio, video and volumes, and 2500 testimonies.

Why holocaust in Africa? The Nazi rule and its abuse of power were one of the driving forces of Apartheid. So the museum helps to study the past within the African context. Unlike the other museums, it studies all cases of genocide.

It provides informative exhibitions, workshops, educational programs, and events. You have detailed data in various forms mounted on three galleries focusing on drawing parallels between the holocaust and other forms of discrimination such as apartheid, Nazi Germany, and ghettos.

Related: Find out more about this museum here

A huge number of Jews took refuge in Montreal after the final solution. It is the first Holocaust museum in Canada. Don’t be misled by the size of the museum. It is a storehouse of knowledge led by Stephen Cummings.

It offers two floors of the chronological exhibition of the birth, life during the world war, and relocation of the jews after the holocaust and their later settlement in Montreal. It uses maps, nearly 13000 interesting artifacts notable among them obtained from Auschwitz, films, and many local survivors’ stories. You also have a reading room and research resources.

The museum sits on what was once a “storehouse” of Jews to be deported to the death camps in Poland- the Dossin barracks. This distressing yet impressive white museum was designed by the celebrated architect Bob Van Reeth.

This museum narrates the history of the holocaust, from the rise of Hitler’s authoritarian regime and its occupation of Belgium to the resistance movements by the Belgium Jews and their deportation to the camps using audio-visual aids.

You get an idea of the evolution of antisemitism and genocides too. Although the present-day issues are missing, it does not rule out the rest of the experience. The aspect of what happened during their stay and transfer to the death camps is unique to this museum.

Watch the video: Holocaust, Genocides and Mass murder of WWI

Visit these stunning holocaust museums and go back home with loads of information and goosebumps. What they teach in common are the horrors that humans are capable of committing and promote genocide prevention.

They remind you that such gory acts are not so far away even today. While many people even refuse to believe that such a thing happened, every holocaust museum gives each victim a face and a voice. 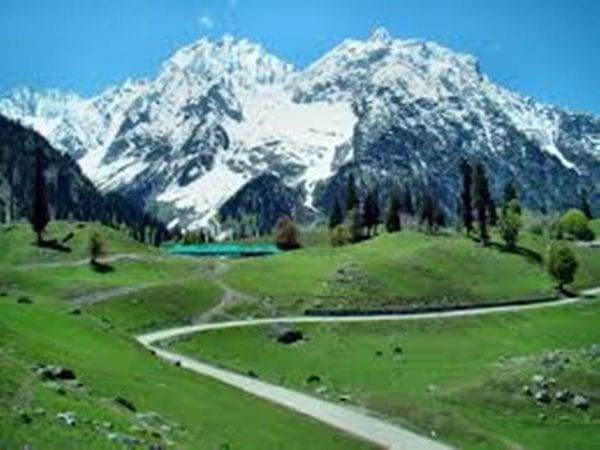 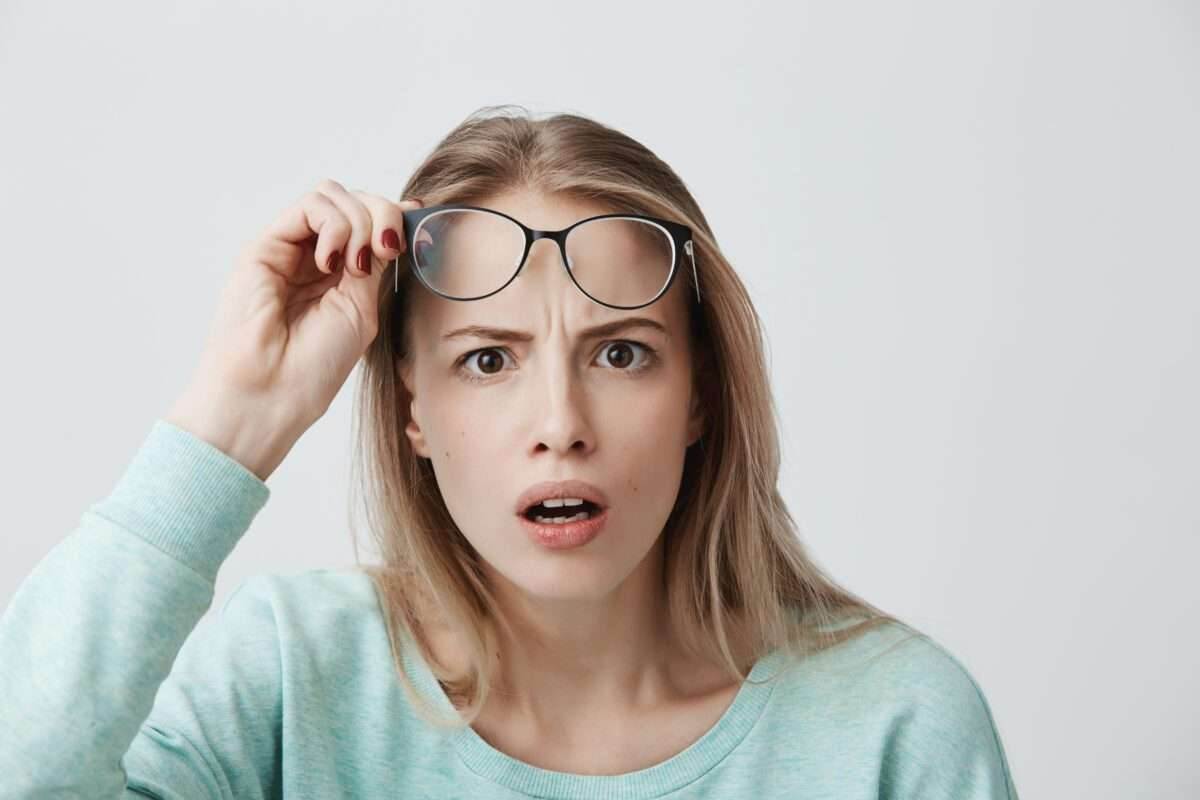 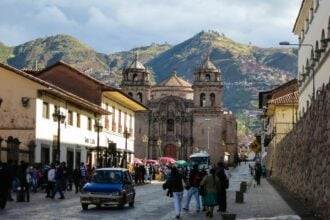 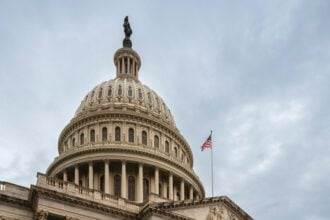