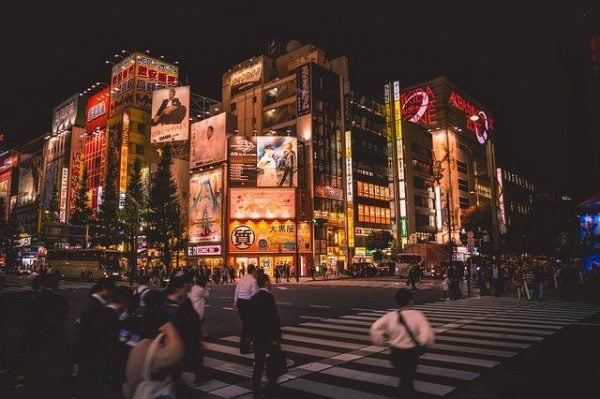 If you have ever explored the cities of Japan, you are sure to have come across pachinko parlors. But if you have never been to the Land of the Rising Sun, you have probably never heard of the game of pachinko. It is traditionally a mechanical game that now includes electronic elements. Pachinko machines were first built in the 1920s in Japan as a children’s toy called the Corinth Game. Around 1930, in Nagoya, the pastime started to become a popular adult pastime, and its popularity soon spread around the country. Initially, the game was purely recreational, but it became a popular gambling game as time went on. Pachinko parlors started popping up all over Japan in the 1930s, and except for being closed down during World War II, the parlors have remained popular ever since.

Pachinko Parlors Are the Primary Gambling Establishments in Japan

Most forms of gambling in Japan are illegal, but there are some exceptions, including some motorsports and horse racing. And although Japanese people can play casino games like roulette and blackjack at offshore online casinos like Casumo, there are currently no land-based casinos in Japan. However, that is about to change as the Japanese government gave permission in 2018 for three casino resorts to be built in Tokyo, Yokohama, and Osaka. Pachinko parlors are the closest Japanese people can get to casinos in the country at present. However, the gambling laws of the country do make winning at pachinko rather complex. But more of that later. Let us first look at how pachinko is played.

How do you play pachinko?

The game of pachinko consists of shooting small steel balls into a vertical playing field by gripping the machine’s knob. When a ball enters the “start” hole in the center, it activates a drum, similar to a slot machine’s drum. Until recently, almost all pachinko machines had rolling drums. But just like video slot machines have become popular in the west, most pachinko machines now have animated screens.

When you match two symbols on the drum or screen, you stand a chance of winning. But your aim is to match three symbols. When you win, thousands of steel balls flood into a well at the base of the pachinko machine. During the win, the lamp on top of the machine begins flashing, and a song plays to congratulate you.

As you will have noticed, pachinko machines do not payout coins. Instead, they pay out small balls. Because of Japan’s strict gambling laws, this is where things get a little complicated. Under Japanese law, the balls won cannot be exchanged for money inside the parlor. Neither are the balls allowed to be removed from the premises. Because of that law, pachinko parlors use a common loophole method of exchanging the balls into cash. You can legally trade your balls inside the parlor for special prize tokens. You can then sell those tokens for cash off-premises. Most pachinko parlors have small sheds nearby where you can make the exchange. The buyers of the tokens then sell them back to the pachinko parlor for the same price plus a small commission. Under that routine, no laws are actually broken.

Just how popular is pachinko in Japan?

What Does Stink Mean in a Relationship: Everything You Need to Know About the Word ‘Stink’ and Why It Isn’t Always Negative in 4 Points