More
Home Living Life What Does a Guy Think after a Breakup?
Facebook

Break-ups are a tough time. Knowing that you wouldn’t receive a good-morning text from your bae, and every second after that seems so long. People say that the female partners have a very rough time during and after a break-up and that male partners feel, umm, nothing!

Being a male symbolizes strength and power, masculinity; why will a break-up affect them? It wouldn’t affect them even a bit. Let me prove you wrong.

Males are secretive. They hide their feelings. You never know what they really are. Only when you have been with a guy closely you would feel the blood flowing through his body, know the thoughts that run in his mind, feel him, only then would you know that even though he might say he’s fine, he’s okay, he’s strong; he’s really not!

Even if he pretends that the breakup hasn’t made him any lesser, weaker and that he’s enjoying every bit of his life, abort this illusion. He feels horrible, and it’s hard to get through it. Pretending something isn’t hurting hurts even more.

2.He has friends, family but not you.

He may hang out with his friends, stay with his family and meet people. Even though surrounded by people, he would still feel alone. Because the only person he needs, the only person who could make him feel better, is the person, he can’t have anymore. From the outside, ” Yeah, It’s so much fun with you guys “from inside.

3.Who cares if a guy is broken?
Yeah! So a guy is strong, he can handle himself, why would he need anyone? A man is never broken; after all, he’s a man. Isn’t he a human being? When a guy is broken, he hides it because he feels that no one would give a damn to a broken guy; some or the other day, he’ll get back.
4.Aggressive, even when they don’t mean to.
When guys over-care more than they are supposed to, they get mad. It just happens. Why? I don’t know. If, after a breakup, a guy gets aggressive over things related to his love-life, it’s not because he hates it, maybe he misses it so much, and because he can’t cry, he shouts.
5.He doesn’t want to look at you?
He doesn’t look at you because he has stopped caring for you? You have turned ugly? He’s moved on and probably dating someone else? And what not a girl would have thought over this action of his. Maybe it’s just that it hurts. That face, which he looked at all the time, and all those memories he ever had, flashes right in front of him and maybe looking away for once is the only option left.
6.Men don’t cry.
They do! Not in front of anyone. When they reach the point of break-down, moments when they can’t hold anymore, they cry. Because they have been strong for so long, they can’t anymore. They lock themselves, cry out, and come out as nothing happened. It hurts, but they do.

The world’s not perfect. Men cry. Men get weak. They hurt themselves too. Break-up is as disastrous to them as it is to girls, or maybe even more. 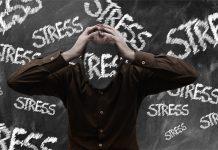 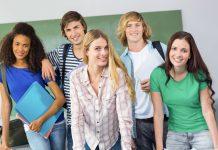