Why Can Pessimism Be Positive for Self-Development?

We generally think that the world is divided between two different personality types – optimists, and pessimists – with a small group of people who like to hedge their bets in the middle (realists). Optimists, we know, think that the world is a basically decent and forgiving place, and that things will turn out okay. Pessimists, on the other hand, view the world as a dark and scary place which is doing its best to hurt you, and that things will decidedly not be okay.

One theory suggests that our personalities are set in an optimistic\pessimistic mode in childhood, and that our worldview depends on how our childhood turns out. Children with a stable childhood end up with a trusting and happy personality which tends to the view that everything will turn out okay. Children with an unstable childhood, however, will end up having a hard time trusting that anything good will happen, or that people will have good intentions. Another theory suggests that optimism is the default setting for children, with pessimism acting as the default setting for adults, as they can see the way the world is. This has unfortunately given optimism a slightly bad name in society at large. 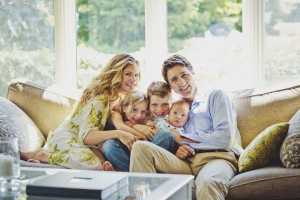 Why is pessimism seen as good for self-development?

If we go by the second theory given above, it is because it represents becoming an adult and taking on adult responsibilities. Being pessimistic and still managing to go through life seems to mean that you have the ability to cope with tough life changes. Pessimism is something which is needed in everyday life, since much of life is disappointing and unfulfilling in many ways.

However, being pessimistic sometimes means being skeptical about your power; thus, it can lead students to automatically use such services as essayzoo.org for their work, rather than making an attempt to do the work themselves. Pessimism, you can argue, is a way of defending yourself from being hurt too much by everything around you, including all the people in the world.

Pessimism can ensure that people don’t even bother to try, but it can push others to new heights. Pessimism is something which can encourage people to set the bar high by showing them that they need to work as hard as they possibly can to succeed. The way they see the world encourages pessimistic people to really push themselves, because anything less than that won’t do the job. This may or may not be true (and to an extent it depends on what is happening at the time), but the end result is someone who has gone above and beyond to give the best work they can, no matter the reason why.

Being pessimistic is maybe not the best way of bringing your a-game to the task at hand, but it does work, as shown above. Everyone appreciates good work, and setting the bar high means that you will be noticed.

You are Prepared for the Worst Case Scenario

Everyone is encouraged to plan for when things don’t go as they should, or as we would hope, but optimists are sometimes still surprised when it happens. Pessimists find it much easier to handle the worst case scenario when it happens because they have been expecting it from the get-go.

Being optimistic is a useful trait, and it can help to keep people going throughout their lives, especially when things seem grim. However, pessimism should not be overlooked in its potential to help people through difficulties, for the reasons stated in this article and much more. Pessimism is something which is often seen as a dead-end, or something which has nothing beyond it. Optimism is most often the worldview which is seen as bringing people to greatness. Pessimism, on the other hand, is often the personality type which is truly prepared for the hard slog which is most of life, and definitely makes up much of a job. Pessimism allows people to keep on trucking as much as optimism does, except in a different way – pessimists see what can go wrong, and therefore work hard to negate these things, while optimists don’t see what can go wrong and so go ahead.

Share
Facebook
Previous articleMeet Afroz Shah, The Man Who Started Cleaning The Garbage Filled Versova Beach
Next article5 Places In North India That You Should Include On Your Itinerary