Why Did the Battle of Stirling Bridge Happen? 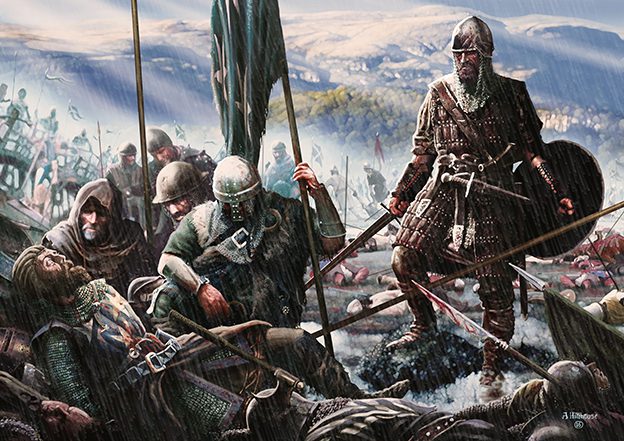 The Battle of Stirling Bridge was a pivotal battle between Britain and Scotland, its independence. This was a relatively small yet significant battle in history, which resulted in a Scottish victory. This article covers the reasons why and then how this battle culminated.

Europe has a very long and rich history. Countless wars and battles have been fought on this land, and the sheer number is staggering. Among these is the battle of Stirling Bridge. The Battle of Stirling Bridge was a part of the bigger war being fought for Scotland’s independence. This battle turned out to be important because it was the Scots’ first major victory against the British.

Why Did the Battle of Stirling Bridge Happen?

The tale of The Battle of Stirling Bridge is ancient. As old as the 1200s. It is a tale of succession, treachery, and war- the cocktail of medieval conflicts. In this article, we will discuss the war, why it happened, how it developed, and what important role the Battle of Stirling bridge played in this war.

The Background of the War

All this begins with Alexander the Third, the King of Scotland’s death in 1286. Having no sons, his infant daughter Margaret was the only heir to the Scottish throne. However, the baby girl died an untimely death in 1290. As the throne now no longer had any bloodline left, several contestants lay claim to it. The conflict was increasing by the day when Edward the First (the then king of England) was asked to mediate and help settle the matter of succession to the Scottish throne.

However, King Edward took the opportunity to take the throne for himself and swiftly brought Scotland under control. Initially, he took control of the castles and the forts. He had a huge advantage as the state of Scotland was in disarray and near-anarchy. No strong response could have been mounted that swiftly. Later, Edward, the First decided to appoint someone he hoped would later pledge fealty to the English throne and become his vassal – John Balliol as the King of Scotland. That decision would later come back to bite him.

John Balliol was loyal to his country and, just 5 years later, in 1295, rebelled against the crown of Britain. He planned an invasion into Britain, which turned out to be a very unwise move on his part. The British force was way stronger than its Scottish counterpart and quickly mounted an offense, effortlessly taking the town of Berwick-upon-Tweed and then defeated the Scottish army in the Battle of Dunbar (1296). The King of Scotland then sued for peace in the same year.

However, Balliol’s efforts proved to be futile. In the next year, the King of Britain, Edward the First, went to war against the French. With most of England’s forces engaged in the French war, the Scotts decided to rebel once again. This time, the rebellion was led by Scottish knights Sir William Wallace and Sir Andrew Morray. This attempt of rebellion was way more successful than the last and commenced the First War of Scottish Independence. 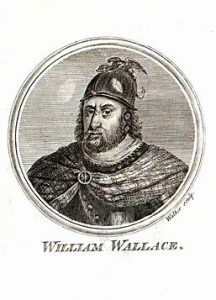 The Battle of Stirling Bridge

Now you have a basic understanding of the war. Let us move on to the highlight of this article – The Battle of Stirling Bridge.

With the Scots having defeated most English authority in northern Scotland and having left Dundee as the sole standing outpost in northern Scotland, King Edward the First sent the Governer and the Earl of Surrey, John De Warenne to quell this rebellion. The Earl mustered a sizable force and planned to march into northern Scotland via the Stirling Bridge on the River Forth.

The Stirling Bridge was guarded by the Stirling Castle, and it housed a small English garrison. The Scottish forces besieged it. The main aim of the approaching English forces was to take control of the bridge (the only point of entry to northern Scotland), relieve the garrison held up at the castle, and destroy any Scottish resistance in the way.

Let us talk about the numbers in each army. While the counts vary from various records, the English force was undoubtedly the larger. The size of the Scottish force was about 6000-6500 troops, including only a couple hundred cavalry troops. Despite the French war, the Earl of Surrey managed to muster a strong force of 7000-9000 troops, including a sizable force of heavy cavalry and some archers. It consisted of English and Welsh troops. The English force was equipped with better gear and resources than the Scots.

The Earl marched north with a firm assumption that the Scots would submit to the larger, more able force. He reached the Stirling bridge but delayed the attack for several days in attempts to negotiate. He was too sure of his assumption. However, after getting no headway, he decided to attack the Scots on 11th September 1297 finally. He opted for a direct assault across the bridge. He sent the heavy cavalry and the mounted men-at-arms across the narrow wooden bridge as his frontline. The notable Hugh de Cressingham led the frontline. The Scottish side of the bridge was higher, and hence, the Scottish forces could enjoy hurling spears and other projectiles on the approaching army, heavily damaging them.

Sir William Wallace waited for some part of the enemy army to cross the river; he allowed around two thousand enemy forces to cross before launching a strong spearman charge in schiltron formation that could repulse the enemy line. The formation proved to be death incarnate for the English forces. The formation successfully decimated enemy cavalry, which had no space to form and make a speedy cavalry charge.

The Earl could have destroyed the formation only if he had more archers as this troop formation is very vulnerable to arrows. The English forces could not even retreat as the narrow bridge only allowed two men to walk abreast. They were trapped with a very deadly wall of spears approaching. Most of the English army on the Scottish side was massacred, while some managed to escape by jumping and swimming across the bridge despite the heavy armor. One such knight was Marmaduke Tweng. With the strong schiltron line, the Scots had successfully taken the bridge and routed the English forces.

The Earl still had the majority of his forces intact and could have launched a counter-attack. But he had lost confidence. He had marched up with the idea of a certain victory, but the initial developments in the battle had crushed his and his troop’s morale. As a last desperate attempt to stop the Scottish army, John Warenne ordered the immediate destruction of the bridge. Seeing as the bridge was very narrow and made of wood, the order was easily carried out. 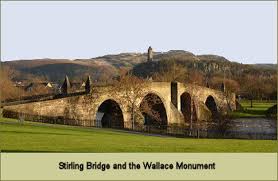 The Aftermath of the Battle of Stirling Bridge

This was the one battle that boosted the Scottish morale sky-high. Sir Murray died a soldier’s death in this battle, leaving Sir Wallace as the rebellion’s sole leader. This great feat made Sir Wallace a part of the legends, and his troops followed him firmly and strongly. He was hailed as the “Guardian of Scotland.”

With a stronger base and a boosted morale, the rebellion went on the offensive with massive success. As the Earl retreated to lick his wounds, he left all other remaining English garrisons in Scotland isolated and without aid. Most surrendered, while some chose to starve, and some were taken by force. In a short while, Sir Wallace had brought most of Scotland under his control. His rebellion has succeeded. As a daring move, Wallace attacked Berwick-upon-Tweed, where the Earl has chosen to make a home. Although the fort stood strong, the Guardian of Scotland sacked the town.

However, all of this proved to be futile once again. The very next year, in 1298, Edward the First, having ended the French war, attacked Scotland with all of England’s might. This time, the brave knight stood no chance. The two forces met at the Battle of Falkirk, 1298, where the English defeated and severely hit the Scottish rebellion.

As for the rebellion leader, he was caught at a later date on August 5, 1305. He was charged with treachery and was brutally executed. He was beheaded, and his body was cut into four pieces, which were sent to the 4 cardinal points of England. His head was dipped in tar and was stuck on a pike on the London Bridge publically for everyone to see. Yet, Sir Wallace remains one of the most revered and respected heroes of Scotland. He is a symbol of Scottish freedom and resilience. As for Scotland itself, it got independence 23 years after the Guardian’s death.

The Battle of Stirling Bridge is the most important battle of this war. It was a tipping point, a battle that turned the tide of the war and brought the mighty English to their knees. That single victory is what made the First War of Scottish independence. If the Scotts had lost that war, it would just have been a minor revolution crushed by England.