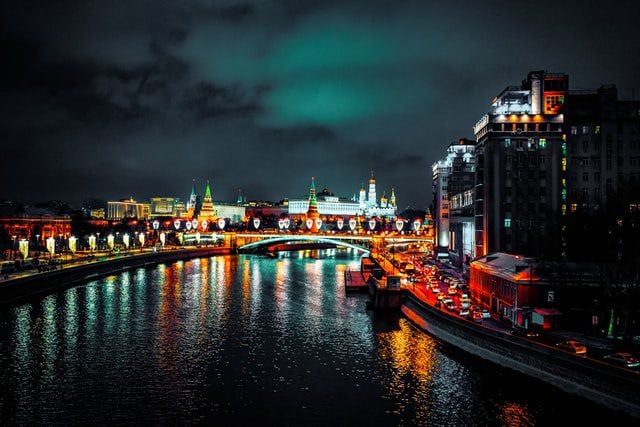 Russia’s creation of its own version of Las Vegas continues to gather pace, albeit slowly, with the aim of building an attraction that can draw tourists from all over the world.

Gambling has had an interesting history in Russia but it seems as though the country is becoming more open to the practice, with its Vegas centred on the Far Eastern Federal District.

Betting was previously entirely banned in Russia, however like many countries in the world its rules and regulations surrounding gambling have gradually become looser over recent years.

Famously, the heralded Russian novelist Fyodor Dostoevsky developed an addiction to gambling during his travels around Europe. Betting took Dostoevsky – who wrote critically acclaimed books including Crime and Punishment and The Idiot – to the brink of financial ruin.

President Vladimir Putin was previously strongly against gambling but the decision to give the green light for facilities such as casinos in certain parts of the country indicates a change of heart. For many countries, legalizing gambling is seen as a way to raise much-needed revenue.

While Russia is pushing forward on its plans to create a new Vegas, it remains to be seen whether such a project will prove a success. Will people flock to Russia’s own Las Vegas?

Vegas seen as a once-in-a-lifetime experience

One of the key issues for Russia’s new Vegas is going to be battling against the elite reputation of Sin City itself, which for many people around the world is a bucket list destination.

Vegas often markets itself as a once-in-a-lifetime experience, with the city providing the backtrack for a holiday that will provide unforgettable experiences.

It is easy to forget that the history of Vegas does not go back very far. Indeed, it is only in the last 50 or so years that Vegas has become seen as a family-friendly destination.

But the last few decades has seen Vegas develop into one of the must-visit places on the planet for many, with its proximity to the Grand Canyon giving people more reasons to book a trip.

Russia’s version of Vegas has none of the same history to trade off with the country instead trying to build a similar resort from scratch. There are likely to be serious challenges with this, though the opening of a second casino at the site indicates progress is now being made.

The second casino to open in Russia’s version of Vegas is Casino Shambhala, which follows in the footsteps of Tigre de Cristal, a casino that recently marked five years since its opening.

Casino Shambhala has a massive gaming floor at 56,000 square feet, while there are three restaurants at the site as well as a theater. That does not compare favorably to even the smaller casinos in Vegas, however, which often have shopping malls, bars and even nightclubs inside.

The casino games will be the same, but will there be the same vibe? One of the most important reasons for the success of Vegas is how condensed it is.

Most of the important landmarks in Sin City are within walking distance, despite the often stifling heat of the Nevada desert.

Being able to visit a number of casinos in the same night, perhaps checking out their bars and clubs, is a central part of the experience of a trip to Vegas.

A party town at its heart, the Vegas experience was summed up in the phenomenally popular smash hit comedy film The Hangover.

Vegas is also home to all sorts of events such as music festivals and industry conferences, helping to build a wide range of appeal.

Casino Shambhala, meanwhile, is in a fairly remote part of Russia that is not currently particularly popular even with domestic tourists, let alone those from further afield.

Some $200 million is being spent on an expansion project at Tigre de Cristal and from 2022 there will be similar work carried out at Casino Shambhala.

It is proposed that Casino Shambhala will eventually become home to an amusement park, a golf course and several hotels, but this work is likely to take many years to complete.

The future of Russia’s Las Vegas

The hope is that Russia’s version of Vegas grows enough that it does attract tourists from across Europe, but this vision appears to be a long way from becoming a reality.

It is estimated that Russia’s version of Vegas could eventually be home to around a dozen casinos, with the Asian billionaire Chen Lip Keong among those betting on its success.

It is reported he has committed some $300 million on taking his successful NagaWorld brand to Russia by creating a new integrated casino resort.

Heavy investment is therefore being made in Russia’s Vegas, but only time will tell if it works.

Icytales gaming team tried to play with cryptocurrency. When trying games on the web as we every-week we stumbled upon rockepot.io Normally as our readers know we like to play and review Indian games or the lottery. We tried the bitcoin casinogames offered on the site. It was a new and cool experience for us and we will try them again when they add Teen Patti to the crypto gaming community.

Bitcoin founded by Satoshi Nakamoto is a remarkable story and casino sites are one of the first industries which adapt it into their business model, time will tell how long time it will take before the rest starts as well. Bitcoin is here to stay.