In the wake of the Coronavirus pandemic and its steady recovery, there are rumours that travel barriers could be lowering in many countries. More notably, there have been recent developments on the forefront in Latin America. Many companies, such as the IATA, have been calling on government intervention, asking for more testing for the virus, reducing the taxes these add on the economy and lifting travel bans. Aviation trade groups, especially, require more accessibility due to the increased need for their service after the Christmas and new year holidays. However, more barriers may be put in place as the situation develops.

IATA is just one of the many airline brands that will want to focus on reducing travel barriers. They were able to reach some success since the 14th of November. Airline travel was finally being accessed more often, despite some countries continuing with these barriers. These have ultimately affected the more widespread services that airline travel can accomplish, limiting the options available to be travelled to. The barriers themselves are not necessarily restrictions on airflight. There are some countries that are focusing on using methods to discourage flight travel altogether.

Countries such as the Caribbean nations and Argentina have experienced significant tax increases. Travel taxes went up as much as 35%. Thus, actively discouraging potential travellers who were already wary of coming aboard, whether it be due to the fears of the pandemic or their wariness of the company itself. The organisation itself had already almost completely shut down in the past few months. Many holidays or business trips have been cancelled due to the sheer pressure of the situation. While there are advantages to the recent restrictions and understanding of why they are needed, the potential losses, in the long run, are what worries companies like the IATA.

Peter Cerda, the Vice-President of IATA for the Latin American district, has issued these concerns publicly. They have stated that while they completely understand that financial losses need to be recovered, the demands need to be met. Cerda voices his concerns that the industry will suffer tremendously if the restrictions and costs remain in place. The travel season happens during the holidays and continues up until March. With everyone hoping to travel for the holidays, restrictions will significantly affect these coming months since many people will be hoping to travel to warmer climates.

The country of Argentina has already been experiencing economic hardship. Restrictions on travel and increased taxation are feared to put a stop to the market altogether. They first stopped all travel when the pandemic began, for a few months. They have only opened their borders recently, granting access to neighbouring countries in the first steps. Flights began back in October, and plans for more than 650 flights continued in the next months afterwards. In addition, they introduced a 45min spacing guideline for aircrafts arriving in the Ezeiza international airport in Buenos Aires. IATA is requesting that the rule be reduced to 30 instead so that they can allow more aircrafts to come through.

Mexico has been one of the more fortunate countries to get back on track. Almost 100% of the flights have been authorised, according to Cerda from IATA. This is largely due to the non-existent travel bans, something they didn’t impose even during the peak of the pandemic. Other countries sealed their borders while Mexico flourished with full travel. Data showed that countries like Mexico, the ones that have the least restrictions, see the most profit. Cerda addresses that restrictions in specific countries will only hinder economic recovery. All countries should work together to have aviation once again play its intended role.

With the pandemic aside, Latin American airlines have always been a dominant part of the market. Recently, there has been a growth in many of the airlines being considered a “low-cost airline”. Southwest Airlines was considered the first low-cost airline in the world thanks to their budget savings. This is due to having fewer passenger services, and the cost of travel is significantly lower. This trend started in the 1970s and quickly expanded to Latin America only 40 years later. Many recognised brands in this area have been considered low-cost airlines, Easy Fly, Flybondi, JetSMART, Volaris and many more.

Being low-cost airlines means that with enough barriers reduced, they can quickly dominate their field again and recover. They have been known to be easier to trade with than the likes of Sub-Saharan Africa, South Asia and Central Asia. There are three areas that Latin America travel has grown considerably in the past few years – Formalities, Transparency and Paperless Trade. These areas are what makes them trustworthy in the eyes of their travellers, being honest with their pricing, focusing on more payment options and being professional.

Despite their incredible progress, the results have varied. The countries with the highest scores in the market are Mexico, Costa Rica and the Dominican Republic. The Central American countries, such as the Caribbean, have the lowest scores. As mentioned before, the reduction and prevention of travel barriers have helped Mexico’s market flourish. However, due to the restrictions increased in other parts of their neighbouring sector, the overall progress has ultimately stalled. The way these travel barriers can be introduced to places like Central America is through integration agreements in the region, banding together to discuss new routes for them to take, taking in the recent global pandemic and finding new trade routes that can be opened.

With many parts of the world still suffering more cases of the pandemic, it is too soon to tell whether the travel barriers will fully lift. Other markets have been helping economies grow, such as the introduction to online gambling. This is thanks to the rise for zeus slot machine free, helping each other recover from the losses they have encountered. 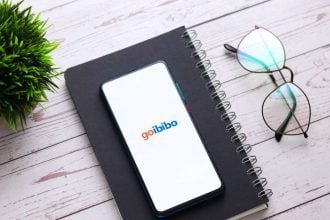