You know it, you saw it, and many of you probably loved it (and many still do). It is the world of modern-day gladiators fighting and showing off in style. It has an insanely large fan following, and people madly compete for the live show tickets for just one chance (okay, it may not be everywhere, but they do). Yes, we are talking about the World Wrestling Entertainment or, in short, the WWE.

As you may have guessed, this article will shed some light on some of the moves which are nice to see but not so impressive in inflicting pain. Now, those of you who say it’s all fake, yes, I know. Still, I would rather say it’s scripted reality than being totally fake like a movie or something and believe me, people do get hurt, they do retire out of injuries, and they do go through pain (although everyone tries to keep each other safe), but things go wrong sometimes.

Very well then, let’s start and let me tell you that this is an opinion-based list, and it is okay if some of you may not agree (it’s okay).

Alright, don’t hate me when I say this, but this move got to hurt stone’s ass more than the person taking it. I mean, I like stone-cold otherwise (and this move is a treat to watch) but seriously, what is he doing with this!

Booyaka Booyaka Ray Mysterio….yeah fine. But when a 5’6″ person hopes to knock out someone with a…umm round kick between the ropes or whatever, what can you expect? And well, many of the wrestlers don’t get knocked out, and when you talk about the Undertaker, *giggles* every time I saw Ray performing this move on him, he will get up (and mostly powerbomb the upcoming flying Ray).

He is like the official comedian of WWE. And the cobra! The only way I believe you would probably go down with a pinfall after taking this would not be because of the impact but the exhaustion due to laughing. And yet, it’s not so bad to watch (not really).

As catchy as the name sounds, the move’s actual delivery makes it very difficult and beautiful to watch. Still, when you actually scale it on the degree of effectiveness, Jo Mo’s body mostly never touches his opponent that well. It’s like you kind of know it didn’t hurt but still love it. Overall a good sell for the WWE universe but just showy.

Cena, as a diehard fan of yours, people expect more (which I am not, but I have to let him know). More than just a slam out of a fireman’s carry hold (that’s the move, actually) as a finisher. Although your strength and ability to perform this on anybody makes it quite interesting (and to be honest, to the very heavy wrestlers, this will hurt, and this is the part which makes it look good) but still like the face of WWE, you should probably think of something better (or more exciting).

This is not an exhaustive list and can never be. But I am sure some of you will agree to this.

Have a nice day, and don’t try these at home (but I assume, if you are really a fan, you already have experience in various moves and arenas, so never mind).

TAGGED: fans, injury, John Cena, moves, WWE
Nehit Singh November 21, 2015
Share this Article
Facebook TwitterEmail Print
Posted by Nehit Singh
Hello there! I am someone who likes to read, write, analyse and find humor in the life. I also hold interest in music and psychology! but then you know..who am i!
Leave a comment Leave a comment 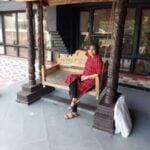