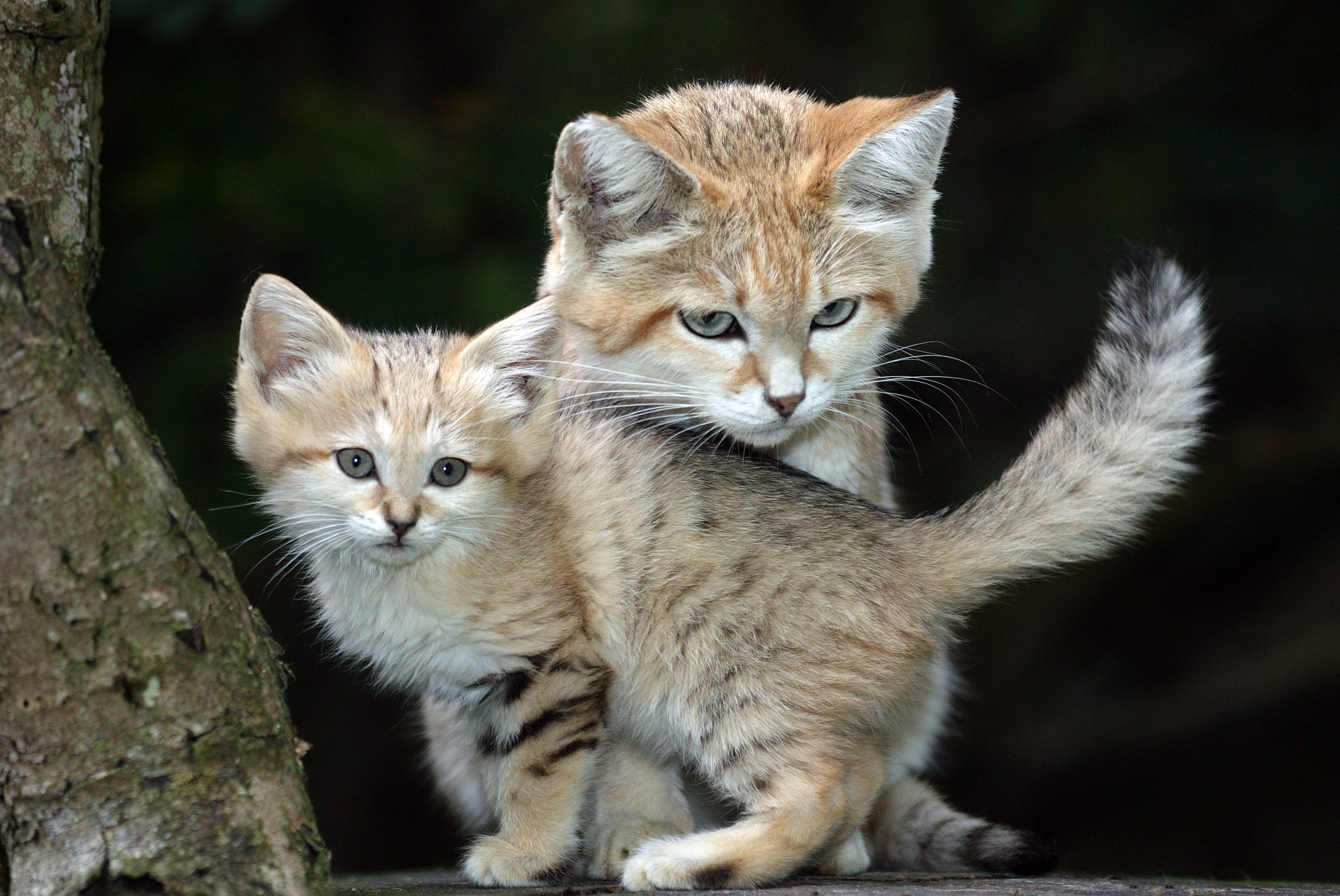 We learned about various animals in our school days, such as elephants, horses, dinosaurs, peacocks, etc. We can recognize each of those animals even when we do not see most of them.

We don’t know many other incredible animals, many animals that even scientists do not know about.

You will be thrilled to find out that despite all the things we learned about animals, there still are so many animals whose names we have probably never heard. Animals are yet to be discovered and named by scientists. It is a vast world, and we can never know it all. We have created a list of 18 Incredible Animals You Didn’t Know About. Happy learning to you!!

A glass frog is a unique frog. They are known for their translucent skin that enables you to see internal organs through them, such as their heart, liver, and gastrointestinal tract. They are only of these found in parts of Central and South America. Fourteen types of Glass frogs are found in Costa Rica. Glass frogs are small creatures.

They grow from 3 to 7.5 centimeters in length. They are usually bright green or olive green in color, also known as arboreal animals. These frogs live near streams during their breeding season.

The tadpoles of this creature have low fins and muscular tails and are perfectly eligible for fast-flowing water. They are generally active during the night. Glass frogs use their body as camouflage. Over the leaves, we can only recognize their eyes and a tiny portion of their head at night time.

The Rhinoceros hornbill is the most unusual-looking and the largest hornbill species found in the mountain rainforests of Singapore and southern Thailand, Borneo, Sumatra, and Java. They live in dense lowland evergreen forests.

Their large yellow-orange casque makes it clear why they are associated with rhinoceros. They grow up to 43-47 inches, weighing about 4.6-6.6 pounds, with wing length from 59-70 inches, and their life span is 35-50 years.

It isn’t easy to differentiate between a male and female rhinoceros hornbill, except males have brownish-red eyes and females have blueish-white. They mainly eat fruits, especially figs. Other than that, bird eggs, frogs, and small reptiles.

Aye- aye is a primate only found on the island of Madagascar. They spend their lives in between rain forests. They are either dark brown or black. Their bushy tails are longer than their body and shaped like a squirrel. They have large eyes, sensitive ears, rodent-like teeth, and long, bony, witch-like fingers, which they use to pry insects. The aye-aye has pointed claws.

They are nocturnal animals, and they spend their daytime resting on branches curled up with leaves. Native people of Madagascar believe aye-aye is an omen of bad luck. Therefore, there was a hunting period that allowed people to kill them. However, they are protected by laws now.

Maned wolves are the tallest canid found in South America. They weigh anywhere between 20 and 30 kilograms. Their weight makes them look like large dogs with orange-reddish furs. But their dark, long and thin legs make them easily recognizable with their fox-like attributes.

They are similar to the fox and are not like the other wolves. They have long and large ears and whitethroats. Maned wolves are omnivorous. Their diet includes fruits, sugarcane, and plants. They eat small mammals like wild guinea pigs, rabbits, young viscachas, insects, birds, and reptiles.

Buffy tufted marmosets are also known as white-eared marmosets. They are classified as endangered in the Brazilian Red list of Fauna. It is one of the World’s 25 most endangered species. Their head is densely furred and black, while the crown on their head is creamy white. In addition, the tail is yellowish-grey, and the rest of their body is dark blackish brown.

Buffy tufted marmosets are arboreal creatures in nature, as they spend most of their lives in trees. They are diurnal in the heart, as they are most active during the daylight hours. They are omnivorous but primarily insectivorous. They eat ants, termites, larvae, caterpillars, insect galls, and large-winged insects. They eat cacti, frogs, nectar, snails, lizards, and spiders.

The Jesus lizard is also known as Basilisk lizards and Jesus Christ lizards. They are known for their incredible ability to run on the water’s surface. They have long toes on their back feet and can run incredibly fast with a speed of five feet per second. They live in the rain forests of South America and Central America.

They have a very long tail which they hold up while running on the water. They are omnivorous, and they usually feed on insects like beetles or dragonflies and flowers and small vertebrates like snakes, bird eggs, fish, etc. Legends say they can turn a man into a stone by just looking at him. I don’t know whether it is a fact or a myth, but it sure is believed by many people.

The word Gerenuk in the Somali language means “giraffe-necked.” They are also known as Waller’s Gazelle and giraffe-necked antelope. They weigh around 29-58 kilograms, and their general life span is up to 13 years in captivity and 12 years in the wilderness.

Gerenuk is always ahead of the other leaf-eaters because they stand like this to nibble the leaves. Their long neck and hind legs help them reach high and feed on leaves. They use their front legs to pull down the higher branches. They can live their entire life without drinking water and use their long necks and strong legs to eat.

They are nocturnal creatures. They mainly eat fruits. Their general life span is 6-8 years, but they can live up to 12 years under human care.

Emperor Tamarin is also known as Brockway monkey. You can find them in the southwest Amazon Basin, east Peru, and Bolivia in the north. They have a long white mustache that extends to both sides. They love to be petted by their human caretakers.

Well, then I will love to adopt one!

The Quokka are the happiest and one of the most jovial-looking animals. The super cute Quokka are some of the smallest members of the macropod family. They are found in small coastal islands of Western Australia.

Their legs and tail are much shorter than other Wallaby species. Besides this, Quokkas have small and rounded ears and round bodies. They are herbivorous and generally nocturnal animals.

12. The Kermode Bear was also known as the spirit bear – Incredible Animals

The spirit bear is a rare color morph of a sub-species of black bears. They are also known as the Kermode Bear and are found in the Great Bear Rainforest in British Columbia, Canada. Most of them have entirely white-colored fur due to recessive gene traits. They are mostly omnivorous. The male bears can weigh up to 225 kilograms or more, whereas females weigh around 135 kilograms.

The Bat-eared Fox are foxes with bat-like ears found in the grasslands of southern Africa and Eastern Africa. Their average body length is up to 55 cm, with their ears 13 cm in length. Their teeth are much smaller. The food they eat includes insects, birds and lizards, reptiles, and desert truffles.

They are also known as Delalande’s foxes. They have very sharp and pointed teeth, enabling them to chew their meal quickly. They rarely drink water, as they get most of the moisture they need from their food.

The male foxes take parental care, and the females take care of the food, which helps their milk production. They usually have darker hair around their tails and legs.

The sandy cat is a small cat with short legs and a long tail. The blackish bars on the limbs and claws are fast and very sharp. They are, in general, lovers of solitude, except during the mating season and when the partner has kittens.

The slow loris is also known as Kaadupaapa, which means forest baby, found in Southern and South-Eastern Asia. They weigh from 103-2100 g. They have round heads and eyes, small ears hidden behind their fur, and big bright eyes. They are arboreal and nocturnal animals.

They get sexually active after 18 months from the time of their birth. There is another creature that is their nearest cousin that is the “African bush babies.” They are the only animals in the loris family that has venom. Their tongue is longer than their body’s size, and they consume fruits, small reptiles, small birds, and eggs. Aren’t they adorable?

The fossa is one of the most prominent members of the Mongoose family. Their scientific name, Cryptoprocta, means ‘hidden anus.’ They are carnivorous mammals found in Madagascar’s forests and have a combined look of three animals: cat-like claws and teeth, monkey-like tails, and weasel-like ears. Their tail provides them balance when they move through the trees.

They are temporarily masculine. They communicate through their scent glands and are agile climbers. They have semi-retractable claws and flexible ankles, which help them jump from tree to tree. They have a very different mating procedure. The female fossa will climb up a tree under which the male fossa will fight for her.

Cephalophus Zebra is also known as the zebra duiker, banded duiker, and stripped-back duiker and is found in Ivory Coast, Liberia, Guinea, and other parts of Africa. An adult cephalophus zebra can grow up to 90 cm in length and 45 cm in height and weigh around 20 kilograms.

Their body color is either light gold or reddish-brown. They have dark brown or black stripes like zebras and a pair of rounded and short horns. They are shy and rarely seen as wild. Female zebras are more significant than male ones.

The Patagonian mara is the fourth largest rodent in the World. They are also known as Patagonian hare and Patagonian cavies and are only found in parts of Argentina. If you view them closely, you will notice that their legs are like kangaroos. Their average body length is 69-75 cm, and their tail extends up to 5 cm. The weight is from 8-16 kg.

Have you ever imagined what an offspring of a horse and a rabbit will look like? Well, nor did I, but I have brought a close enough answer for you all.