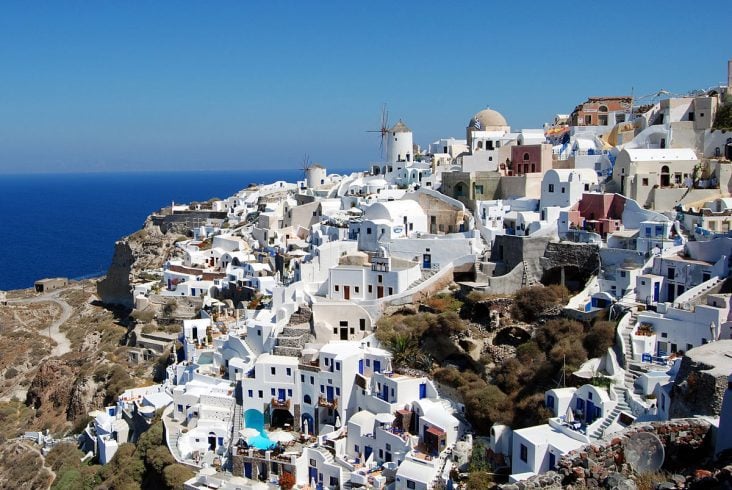 Greece is situated in southeastern Europe and thousands of islands all over the Aegean and Ionian seas. Visitors should keep in mind that from 365 days, there are two of the best time to visit Greece in spring (April to June) and autumn (September to October).

It’s a perfect holiday destination for tourists to explore the beauty of this illuminating country with lots of white-blue in it. 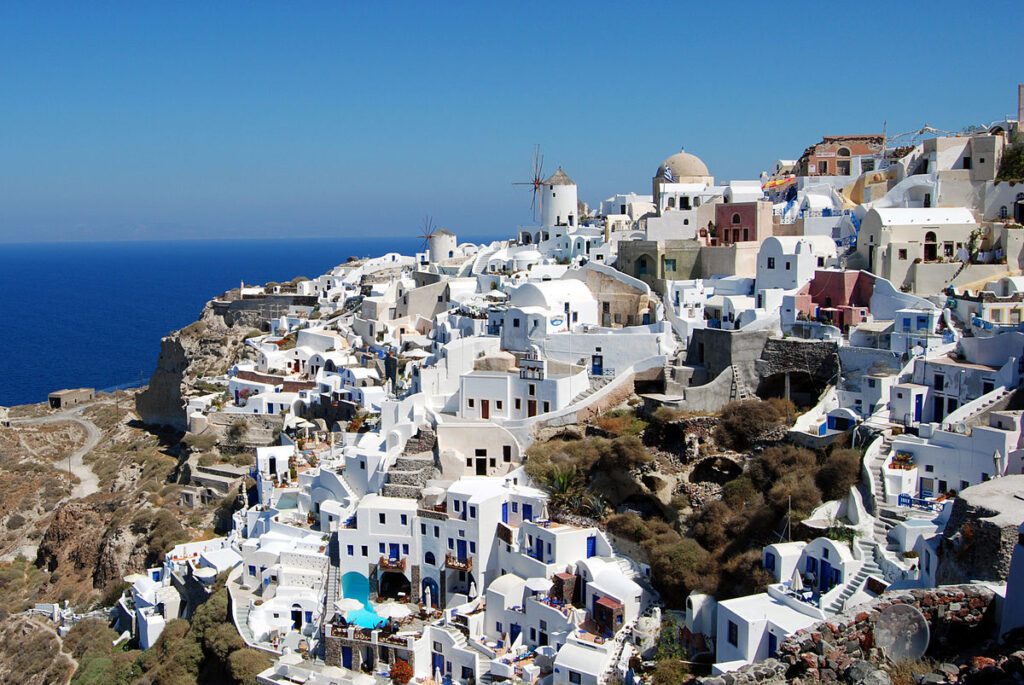 1) Greece is known for its beauty and enriched history and Greek mythologies. Athens is not only the capital city of Greece but is the oldest European capital. Its 3400 or more years old, making it the oldest capital in the European region.

2) Fun fact number two is the city’s misapprehension because ancient Greece was highly popular for architecture, art, and philosophy. Nonetheless, it was the classical age (480-323 B.C). Archaic Greece is famous or known for the growth in arts, poetry, and technology.

3) One of the unknown facts about the ancient greek period is that it was during that period city-state was commenced.

4) Democracy was adopted as the ruling mechanism in Athens in around 500 bc. This democratic system allows citizens to vote directly.

7) Majority of Greece population lives in the capital Athens approximately one-third of the population.

8) There are 18 UNESCO Heritage museums in this European region. Which includes Acropolis, Mount Athos, the Old town of Corfu, and none other than the Medieval city of Rhodes. 14 sites are under consideration for becoming UNESCO world heritage sites.

9) The Acropolis is considered the most popular tourist attraction in the country.

10) Myths are still popular but not as popular as the ones in Greece people there still believe in Greek mythology.

11)Son of Zeus the Hercules is, although not a Greek God but is still famous for his heroism in Greek Mythology.

12) Poseidon was defeated by Athena; hereafter, she became the caretaker or patron of Athens. Both of them gave the city a gift, the Olive tree was given by Athena, and Poseidon offer water in spring.

13)  There are three types of columns used to build Greek structures and temples, and they are symbolic in Greek architecture. Those three symbolic columns are Doric, Ionic, and Corinthian.

15)Greece is one of the most mountainous as well as sunniest places in the world. The country has 300 days of sunshine every year.

16) Too many houses in the Greek isles are colored with blue doors and white roofs to keep the evil eye at bay.

Greece and When to Explore its Beauty

Facts about Greece are fascinating, and as I have mentioned earlier, the best time to visit Greece is around spring and autumn, but there are some other factors, like when to visit mainland Greece when to visit beaches, etc.

Let us start from the best time to visit Greece for pleasant weather; the season in Greece is sunnier, warm enough for swimming, and enjoys a warm breeze from May to October.

On the other hand, July and August is the hottest month so avoid this time of year to travel Greece.

Are you parsimonious? Don’t worry about people who love saving money and traveling. Best Time Visit Greece could be the month of March, April, May, October, and November when the hotel’s charge is low?

Want to explore Mainland Greece but not sure what is the best time to visit Greece? Well, the mainland is at its best from June to September.

Are you a beach person or mountain person? The best time to visit Greece is obviously the summer season for beach lovers, from the last week of May to early October.

Naxos is considered the best island in Greece to spend qualities of time to spend with families. Therefore, late May and October is the best time to visit Greece for a family outing.

Covered under the Beaming light colors like white and blue is the beauty of Santorini island; the best time to visit Santorini for expedition could be in March till June and at the onset of fall from September to November.

Summer months are perfect for exploring the region. Henceforth if you want to visit Athens, then book a ticket in April to mid-May for long walks in Athens.

Peak season in the Greek Islands starts from the fourth week of June to early September; on the contrary, August is expensive.

The best time to visit Greece for people who love skiing is from December till April depending on the weather.

Mykonos is the other most popular cosmopolitan island in the Aegean sea; the best time to experience its nightlife is from July to early September.

In winter, Greece is quiet to visit and experience serenity in winters because it is the off-season in the region, and you will not bump into any tourists during winters.

January is known for its peak in the winter season in Greece, so those who love cold air and chilled season do visit in winters.

The bonus point of visiting Greece in cold weather is that you can wander around the whole region without worrying about heat and humidity but keep one thing in mind that most hotels and restaurants may not be open.

Greece is well known for its cuisine in the European region; one can devour clean and healthy seafood.

Summer typically from mid-June till August is reckoned as busiest and filled with tourists from basically everywhere in the world. Famous tourist destination like Rhode, Mykonos, and Santorini Island is packed with visitors and tourist.

Sunny Mediterranean getaway enthusiasts Greece is like paradise for them during summers. The best time to visit Greece for lively art festivals is no other than the warm season every year; this festival is held during summer. 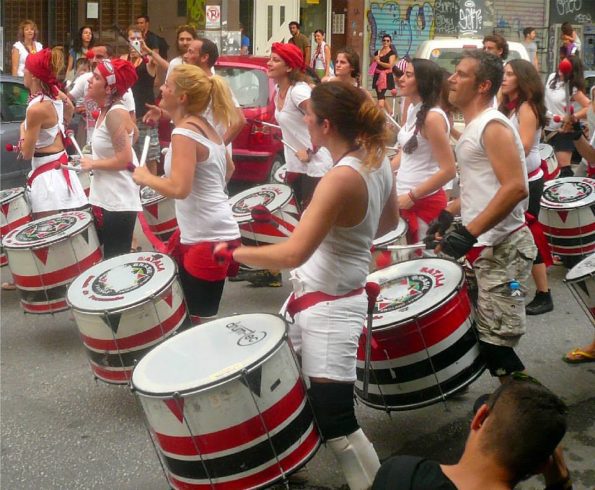 Music festivals, international film festivals, cultural and traditional local feasts are the activities that should be on your bucket list for sure.

Since summer is peak season, every festival and popular tourist attraction operates in full swing. If you don’t want to miss out on anything, then book your flight to Greece in the summer.

Things to keep in mind before visiting Greece in summer, you can beat the heat by visiting the region’s coastal area, always keep sunscreen and a water bottle with yourself its beneficial.

Spring (April- June) and Autumn (September- October) are the best time to visit Greece for peaceful expeditions. Long days and mild weather is the perfect combination to travel in this country. Swimmer and non-swimmer too can enjoy the beach during Autumn when the temperature is neither too hot nor too cold.

Spring easter celebration should be on your bucket list of to-do lists in Greece; this festival is celebrated for four days. People who love art. The best time to visit Greece is in May because 18 May is conferred as International Museums Day, and a museum visit is free of cost throughout Greece.

Even though Greece till September is scorching (you may spot rain in some area), it is appropriate for people who loathe crowds. Less crowd and pleasant weather are suitable to travel at your own pace.

In October, Ohi Day is celebrated in Greece with scrumptious foods and parades.

If you are willing to attend some cultural festivals and fests, please book tickets in advance.

With spring and autumn comes the cool breeze, so pack some heavy sweaters, and an umbrella and hiking boots for trekkers come in handy.

Winter (November- March) is the off-season of the sunny country. At the same time, islands like Crete, Rhode, and Corfu are open for the whole year for visitors and travelers. The small islands are closed during winter. People who love winter visit the country for a chilled getaway.

Winter sees low tourist and heavy rainfall, snow, and snow for those who love snow to visit the northern plains of Thessaloniki.

Apokries is another festival, but it is three weeks long fun-packed big street party. In winter majority of restaurants and hotels are closed, so your options will be limited.

Pack your luggage with woolen clothes, and don’t think about hiking in winter. It will take you days or even weeks to complete the hike if you are an amateur hiker if you are faint of heart.

On the contrary, professional hikers can hike in winters as well.

Greece is a paradise for people keenly involved in art, festivals, culture, and seafood because the country is enriched in Archaeological sites, Ruins, and cultural festivals. One of the famous festivals in Greece is Orthodox easter.

Posted by @shafiashaan
A DU graduate who is working on her writing, capturing, and researching skills. I can read up to 30 books (if its's fiction) in a year. According to me, art in any form is an exquisite way to express itself.
Leave a comment Leave a comment 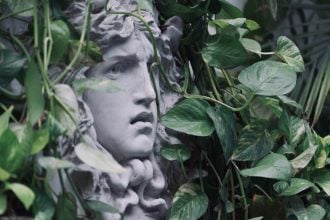