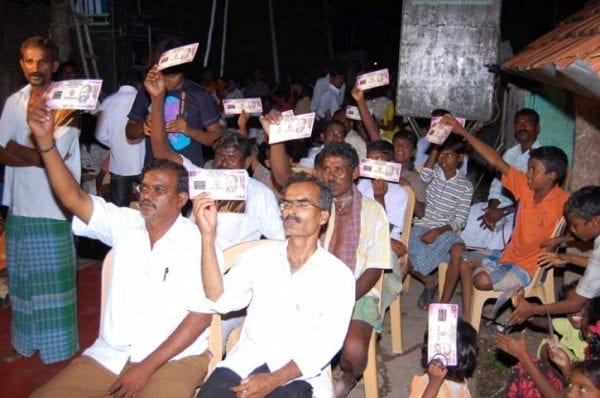 India is suffering from a disease that is preventing her from growing. The disease is curable, but the countrymen do not want to cure it. So the people most affected by this disease found a way to eradicate the disease slowly and in a smart way. Want to know what the disease is?

The ones benefiting from it do not want to get it eradicated that is the government officials. The middle class and the poor being affected by it negatively have been fighting for a long time now. Now and then before elections, a “Neta” comes up and promises to make India a corruption free nation. But wait? It’s a white lie everyone knows it.

So Vijay Anand, founder of the NGO called 5th Pillar,2006, took it upon himself to fight corruption at the ground level. Vijay Anand realised how much more he could achieve when he didn’t have to deal with corrupt officials, when he moved to the US from India to start his own software company. He found a brilliant plan- The Zero Rupee Note.

Beyond the four pillars of democracy (legislature, executive, judiciary and press), the 5th Pillar was formed for the citizens hoping and working towards a better society and a corruption-free governance system. This note is to be given to the person who asks for the bribe. The idea is to empower the common man and make them fearless in asking for what is their right.

Over 3 million of these notes have been distributed across the country. It’s the perfect non-violent weapon of non-cooperation, the perfect way to make the corrupt self-introspect. Empowering the voiceless and the powerless of the country. Printed on the note in English and Tamil is the message: “Eliminate Corruption at all levels” and “I promise to neither accept nor give a bribe”. On the back of the note are the goals, contact details and the website address of 5th Pillar.

Corruption is something that the common man has to fight against together. This Zero Rupee note idea is superb. Let us spread this idea so as to help overcome corruption in every nook and corner of the country. You can get a print out of the Zero Rupee Note from 5th Pillar’s website.