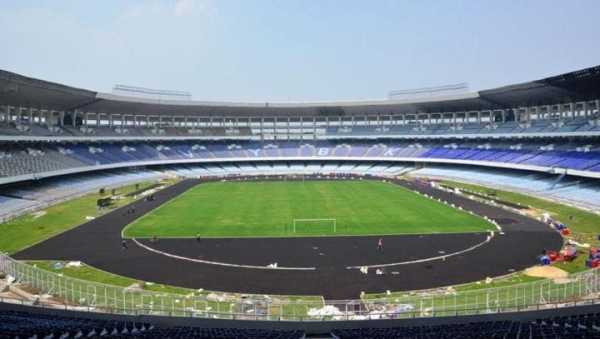 Kolkata’s Salt Lake Stadium will host the final of 2017 FIFA which will be held in India from 6 October to 28 October 2017. The decision was taken after the 6 days long inspection by the FIFA Delegation. The delegation even rated the stadium ten on ten.

After the announcement of venues, the FIFA Head of Tournaments Jaime Yarza said ” The FIFA U-17 World Cup is an exciting milestone for the growth of football in India and now it has reached a very important stage. The schedule of the match has been created keeping in mind the players’ health, the format of competition, movements of the team, weather, local festivals and various other factors. Each venue will host about eight matches and while allotting the venues we preferred infrastructure and local enthusiasm both.”

TAGGED: FIFA, Fifa U-17, india, Kolkata
Sushmita Panda September 24, 2017
Share this Article
Facebook TwitterEmail Print
What do you think?
Love0
Sad0
Happy0
Sleepy0
Angry0
Dead0
Wink0
Posted by Sushmita Panda
Follow:
She is currently doing her graduation in Philosophy Major from Lakshmibai College, University of Delhi. She is a writer and has been writing blogs and articles for various companies and online portals since a long time. She is a theatre artist and aspiring to become a successful journalist. She loves to read and travel.
Leave a comment Leave a comment