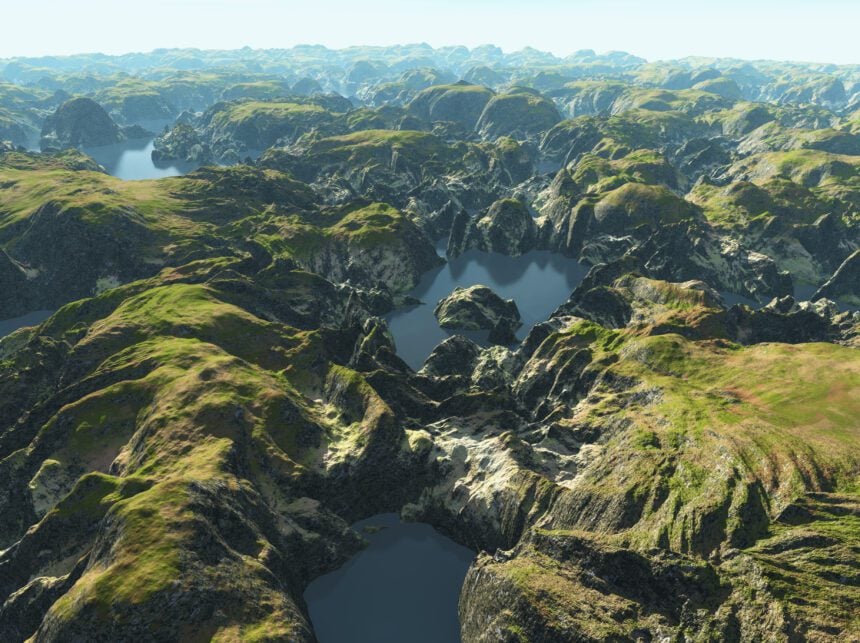 Which is the longest river in the world? The answer is not a one-liner, so what’s the solution? Let’s know through the article.

A river is a natural, free-flowing body of water, typically consisting of freshwater, that flows into the sea, an ocean, a lake, or into another river. There are several instances in which a river disappears into the ground and runs out of water before it reaches another body of water that flows at the end of its route.

Rivers are a part of the cycle of water. Most of the water in a river comes from rain, surface runoff, and other sources like groundwater recharge, springs, and the melting of ice and snowpacks that have been holding water.

Rivers are often seen as important parts of a landscape, but they only cover about 0.1% of the Earth’s land. They are more noticeable and important to people because many cities and civilizations are built around rivers and streams that supply fresh water.

Most of the world’s biggest cities are built along rivers because they are or were used as a source of water, a way to get food, to get around, to keep people out, to power machines, a border, a place to bathe, and a way to get rid of the trash. Before the Industrial Revolution, moving people, goods, and armies across larger rivers was hard.

Towns grew up at the few places where rivers could be crossed. Many big cities, like London, are at the lowest point where a river can be crossed.

Rivers that have water throughout the year are called perennial rivers. These are also known as permanent rivers.

Rivers that flow sometimes are also called intermittent rivers. These rivers don’t flow all year but only at certain times.

Episodic rivers don’t flow until a certain event happens. These are heavy rain, early snow melt, and wider channels for river runoff. They can be either perennial or periodic rivers, meaning they don’t get their water from a stable source like groundwater and depend greatly on the weather.

Exotic rivers flow through dry places with little or no fresh water.

Tributary rivers are also called affluent rivers. They don’t flow into oceans or seas. Instead, they flow into lakes or other rivers. Many of the world’s largest rivers start as parts of other rivers.

Underground rivers are also called subterranean rivers. These rivers have banks and beds below the surface of the Earth. They usually start in a river above ground and travel a long way underground through caves.

Aqueducts are man-made rivers that carry freshwater from a source to wherever it is needed. They are built to water large farmlands or bring drinking water to cities.

Even though they aren’t very common, pipeline rivers are man-made structures that move fresh water over long distances.

Rapids, also called “whitewater,” are parts of rivers where the riverbed slopes steeply and the water flows much faster than in other parts. They are made when water flows over rocks in the riverbed and makes bubbles, which turn the water white.

2) Longest Rivers in the World Based on Length

Amazon river is the world’s longest river at 6993 km in length. With a total size of nearly seven million square kilometres, the Amazon basin holds the title of the world’s largest drainage basin opening its mouth in the Atlantic ocean. The Amazon accounts for twenty percent of the total discharge of most rivers into oceans worldwide.

The Amazon River system in South America is the world’s largest river in terms of the volume of water it discharges into the ocean. The Nile River in Africa is considered the longest river in the world. The Amazon has only one-fifth of its flow when it finally empties into the Atlantic Ocean. However, it already has more flow at this point than any other river.

The lower Amazon looks like it used to be a gulf of the Atlantic Ocean, and the waters of that gulf used to wash the cliffs near Obidos. At the end of the river where it meets the Atlantic Ocean is Belém, the biggest city and port that meets it. The Mantaro river is one of the sources of the amazon river.

Its river length is about 6840 km. White and Blue are two of the most important rivers flowing into the Nile. In most accounts, the White Nile is said to be the river that flows into the Blue Nile, beginning from lake Victoria. However, the Blue river is where most of the Nile’s water comes from, accounting for eighty percent of the river’s total volume of water and sediment.

The White Nile is more extensive than the Black Nile counterpart and originates in the Great Lakes region. It travels through Uganda and South Sudan on its way from Lake Victoria, where it originates. Lake Tana in Ethiopia is the source of the Blue Nile, which enters Sudan via the southeast corner of that country. The capital of Sudan, Khartoum, is located at the junction of the two rivers.

The Yangtze river is the sixth largest river in the world regarding the volume of discharge it produces. Its drainage basin encompasses one-fifth of the total land area in Northeast China and is home to one-third of the country’s total population. The mighty Yangtze river, getting water from many smaller lakes and rivers, finally flows into the East China Sea in Shanghai.

The Mississippi River is the main river of North America’s second-largest drainage system, which is only surpassed in size by the drainage area system that finally drains water from Hudson Bay.

The Yenisey River drains a significant portion of central Siberia. It is a dividing line between the Central Siberian Plateau to the east and the Western Siberian Plain to the west, where it meets the Angara river.

It is the most significant of the three major rivers in Siberia that empty into the Arctic Ocean (the other two being the Ob and the Lena).

At an estimated length of 5,464 km, the Yellow River, also known as the Huang He, is China’s second-longest river after the Yangtze River. It is the sixth-longest river system among all other longest rivers. The Yellow River basin spans approximately 1,900 km from east to west and around 1,100 km from north to south (680 mi). Yellow river drains an area of roughly 795,000 square km.

The Ob Irtysh river is one of Russia’s largest rivers. It is in Western Siberia, and with the Irtysh, it makes up the seventh-longest river system in the world, at 5,410 km. Ob Irtysh river begins where the Biya and Katun rivers meet. Both of these rivers start in the Altai Mountains.

Ob river is the most western of the three big river systems that flow into the Arctic Ocean from Siberia (the other two being the Yenisei and the Lena). It flows northwest, north, and back and forth like this for a long way.

The Paraná River is in south-central South America. It flows for about 4,880 km through Brazil, Paraguay, and Argentina. Only the Amazon River is longer than it is among South American rivers.

It joins with the Paraguay River and then the Uruguay River further downstream to form the Ro de la Plata, which flows into the Atlantic Ocean.

The Congo River, which used to be called the Zaire River, is the second longest river in Africa, the Democratic Republic of Congo, after the Nile. It is also the second largest river in the world, after the Amazon, regarding how much water it moves.

It is also the deepest river ever measured, with depths of about 219.5 m. The whole length of the Congo River system is 4,700 km, which makes it the ninth-longest river in the world.

The Congo basin is completely surrounded by high land, except for its long, narrow exit valley past Kinshasa, which has waterfalls around Manyang.

The Amur is the world’s tenth-longest river and forms the border between the Russian Far East and Northeastern China (Inner Manchuria). The Amur river proper is 2,824 km long and drains an area of 1,855,000 km2 in size. It is 4,440 km long, including its source river, the Argun. The Kaluga, which can grow up to 5.6 meters long, is the biggest fish in the Amur river.

This river is also known as the “Black dragon river.”

3) Some Other Important Rivers and Lakes in the World

Most people say that the Nile is the longest river in the world, at about 6,650 km, and that the Amazon is the second longest, at least 6,400 km. In 2007 and 2008, some scientists said that the Amazon was longer than the Nile because it was 6,992 km long and the Nile was only 6,853 km long. This means that scientists are still trying to figure out which river is the longest in the world. If you know anything about these rivers, please tell us in the comments.