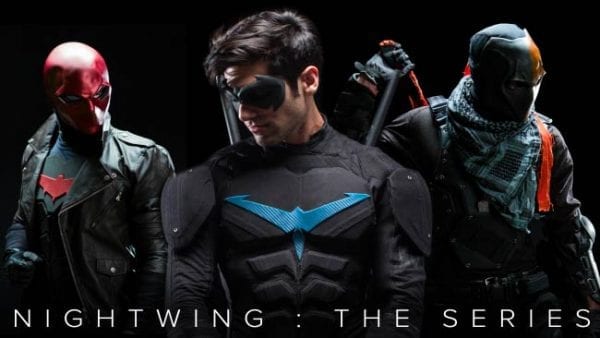 If you are one of those people who criticize fan-made series, then you must take a look at Nightwing: The Series. It is a non-profitable fan web series which throws light on the story of Dick Grayson, who was Batman’s partner Robin. The story revolves around how Robin uses the code name Nightwing after splitting up with Bruce Wayne due to their different fighting ideologies. He begins his new phase of vigilante career in the city of Bludhaven. But he realizes that he cannot escape from his legendary mentor.

This well-crafted series is created by Danny Shepherd and Jeremy Le for Ismahauk Production. Even though the series is fan-made it is so wonderfully directed that it looks as if it belongs on television alongside shows like Gotham and Arrow. The story is accessible not only to Batman fans but also to those who are unfamiliar with the comic book.

The series consists of very talented and capable actors including few from the industry itself. It is directed by Adam Zielinski which gives the entire web series a vibrant energy. All the fight sequences are well choreographed. And most importantly, it is filmed in HD using a red camera rig which provides a cinematic look.

The series pulls from few popular stories throughout Batman, present before us a compelling story of Nightwing in the city of Bludhaven along with his first threat- Deathstroke. Danny plays the role of Nightwing and justifies with it really well.The series comprises of five episodes and the total run time is 50 minutes with each episode ranging from 7- 15 minutes. It is short but it is insanely sweet. Even though it is short it briefly captures the adventure and laid down the foundation for follow up series. It also leaves you with a cliffhanger in the last episode and you end up pondering what will happen next. In one of the fight scenes either all the knocked down guys are just backing up or there are way too many guys in that place. Whatever it may be, you get to see Deathstroke destroying a bunch of dudes. The introduction of the back story throws light on why Robin became Nightwing. The reason is introduced as Batman putting a lot of pressure and stress on Robin and Robin was quite disturbed with the fact that Batman ignored a recently occurred death.

Interestingly, Oracle also makes a debut in this series and she has a corny line about how she “ kinda likes” the name Oracle.

To sum it up, Nightwing: The Series is a story that grabs pieces from everywhere in the batman universe and put it together with an admirable twist and turns stitching into a wonderful story. It keeps you with for the entire runtime. The acting is really appreciable, keeping aside the cheesy lines.But this can be compensated by exciting fighting sequences and dope story plot. So, what are you waiting for? Go and watch it now!