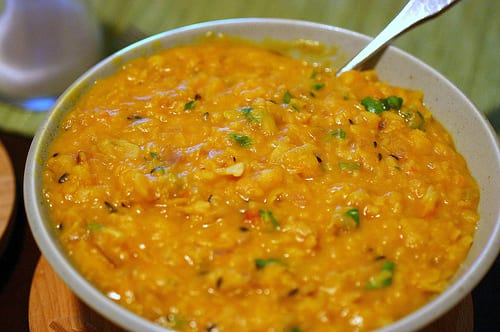 PULSES: ONCE A NECESSITY, NOW A LUXURY:

There was a time when our mothers used to say us “Ghar ki Murgi Daal Barabar”, she used to say this in a different sense but this phrase has become a reality now. The on-going prices of pulses have reached the sky and it is truly beating the prices of all other eatables including chicken. No wonder the recent clamoring caused by the people of this country due to the startling hike in prices is attracting lots of eyes these days and the reason why this issue can be pondered upon is because of the fact that our own country is the largest producer of pulses in the world, still it is unable to meet the demands of its own citizens. Let me make aware all of you with some facts and data related to the production of pulses in our country.

Despite being the largest producer, India is also considered to be the largest importer of pulse. The annual production of pulses in our country ranges from 17-19 million tonnes grown in around 24-26 million hectares of area accounting for over one third of the total world area. With the rapidly increasing population, the production of pulses have also grown significantly from 10.63 million tonnes in 1980-81 to 18.34 million tonnes in 2012-13.Even after all these statistics, the truth is that the pulse production has recorded less than 1% annual growth during the past 40 years which is less than half of the growth rate in Indian human population. This has led to a decline in per-capita production thereby declining the availability of it. Most of the pulses are grown under rain-fed conditions and due to the persistent fluctuations (in climatic and other conditions) and prices, farmers resist from taking pulse cultivation even though the whole sale prices are very high.

The present scenario should not be surprising for the government as these facts and data are well known to them. The major reason behind this two-year high price is partly due to the unseasonable rainfall in the North India and unfavorable climatic conditions and partly because of the failure and ignorance of our government to look upon this issue beforehand. The excess demand and shortage of supply has led to the increase in price of Toor Dal (Arhar Dal) up to Rs.200/kg and Urad Dal up to Rs 170/kg in the retail market. Some actions have been taken by the government in order to stabilize the market such as, importing 2000 tonnes of pulses in addition to the earlier 5000 tonnes of import, invoking Rs.500 crore as a price stabilization fund to stabilize the disequilibrium between the demand and supply. As a relief measure to the common man, the government has also started selling imported dal at subsidized rate in Delhi and in some other parts of the country like Andhra Pradesh and Tamil Nadu.The government has also intensified the anti-hoarding operations and it’s keeping a check on black marketing and profiteering by traders.

Recently, two trucks got caught red handed while stealing quintals of pulses worth Rs.25 lakhs and this was just a single case of a single area which came into picture, it is hard to imagine the overall reality behind such black-marketing cases and how the government will grapple this issue! Although the government is striving hard to control the turbulent situation, it is disheartening and tragic to see that the government acts only after the situation has already gotten worse. The Indian Meteorological Department had already warned the Centre that there would be scanty rainfall in June and hence there would be shortage of pulses, but the concerned authorities didn’t pay any heed to it. Had the government taken some earlier preventive measures, the situation would have been somehow different. Whatever be the case, the common men have to face the consequences of such hardships every now and then. They caste their precious votes in the hope of getting a better future for themselves and their family as well but end up regretting their decision always.

Amidst the increasing prices of pulses and other vegetables including onion and the on-going futile battle against the consumption of beef, I wonder how the common man will fill up their empty stomach. And it is shockingly surprising that, we are living in a time where even a basic Daal-Roti has become an out-of pocket edible for  the middle -income group. God knows how the people Below Poverty Line will survive.