Restaurant Review – Krustys: To Go, Or Not To Go? 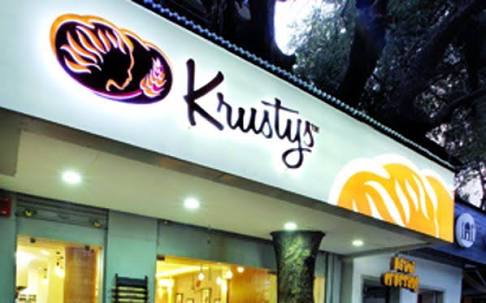 They say you should eat to live. In my opinion, ‘live to eat’ is a far more enjoyable motto! I am a die-hard fan of eating out and trying new restaurants. I am particularly partial to non-vegetarian cuisine, and frequently badger my parents to take me out for a meal. While they prefer to dine at home, I finally managed to convince my mother to accompany my sister and me to Krustys, a modern European restaurant. Of the two branches, we paid a visit to the closer of the two – the Kothrud branch.

The interior of the restaurant appealed to my tastes the moment we stepped in. The restaurant was well-lit and airy. The seating area is roughly in the shape of an ‘L’ mirror-image, with the tables forming a line. It was rather reminiscent of the pantry car of certain trains. The yellow-tinted lighting did make food photography bit of a trial, but the overall effect was quite mellow and soothing.

Upbeat yet classy are the words that come to mind. The restaurant has a theme of shades of yellow, along with whites and chocolate-brown. The table-tops are the bright yellow of a ripe lemon, paired with curved, wide white chairs. Although I certainly wouldn’t recommend the chairs for their comfort, they are aesthetically pleasing. The paintings and photo-frames aren’t anything of note, but blend in well with the rest of the decor. The dessert display is particularly eye-catching, with its piles of colourful macaroons, its creamy slabs of cheesecakes and other sweet bakery goods that look deliciously appetizing. It draws you like a moth to a flame and compels you to sample something right away. We ended up having a white-chocolate and Oreo macaroon, which turned out to be a good choice. 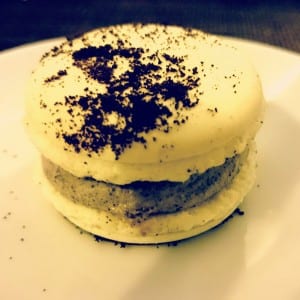 This parameter is one that particularly confused me, as I had two separate experiences. On one hand, the food took an unnecessarily long time to arrive. Each dish materialized after a seemingly unending wait that was especially unbearable in the beginning to us, with our growling stomachs. The staff member who cleared our table after each course seemed to be in a strange sort of hurry, barely letting us finish our food before rushing to clear the table. On the other hand, the gentleman who took our order and attended to us was very courteous indeed. He was attentive, polite, and advised us well on what dishes to order. I am happy to say his recommendations were satisfactory, and his explanations regarding the contents of certain items on the menu were accurate to a fault.

Last but far from the least, comes the true test of a restaurant. The belle of the ball, the showstopper of the event – the food! To get the cons out of the way before moving on to the pros, everything on the menu is quite pricey, and some choices are definitely over-priced. A three-course dinner costs around 700-800 rupees per head. However, the helpings are quite large, so going is two’s or three’s is a smart option. 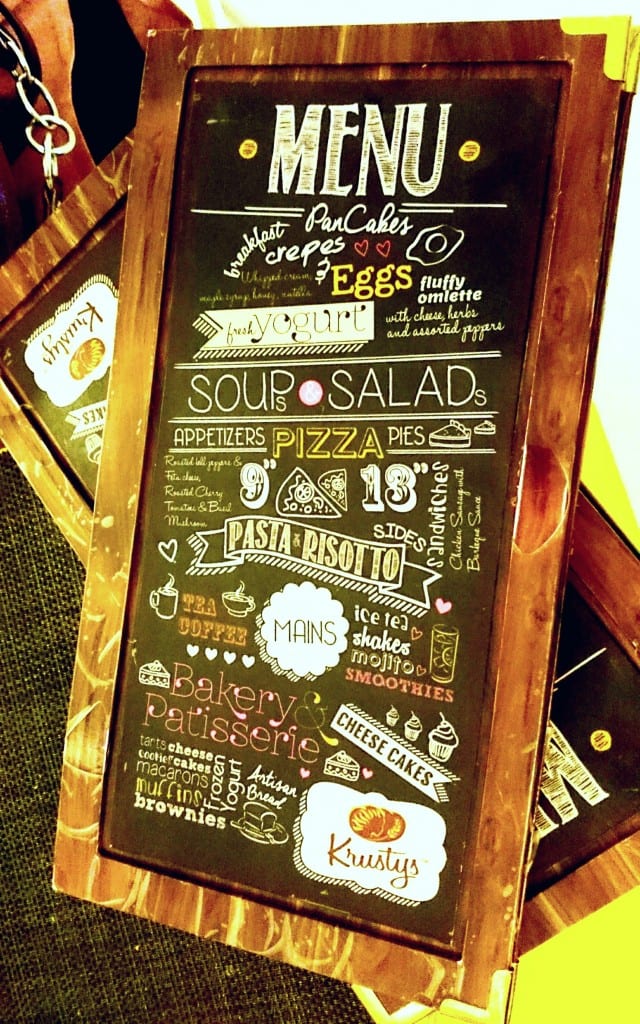 Something of note – their menu card is uniquely pretty.

The food, once it finally arrived, was delectable; each new serving was just as good as the last. We started off with Panko crusted prawns. These were genuinely some of the best prawns I’ve had, whole and fleshy and succulent. The slightly spicy taste of the crunchy outer crust permeated throughout, but managed to retain the original flavour of the seafood. It was supplemented with a lemon cream-cheese dip, whose tangy creaminess set off the flavours of the prawn to perfection.

Our next order was another starter, the smoked chicken with cream cheese and arugula pizza. The crust was thin, light and crispy. The toppings weren’t anything special on their own, but the taste of them in concert was enjoyable. 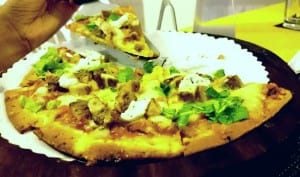 The pizza was followed by the main course – pan-seared chicken in an herb and mustard reduction. It was accompanied by beans and crispy-on-the-outside potatoes. The garlic bread with cheese we ordered as a side was kind of dull on its own, but tasted good when used to mop up the gravy. The chicken was tender and nicely cooked, and the heat of the mustard went well with the grilled flavour. The beans were satisfyingly crunchy and dripping with butter, and the potatoes wrapped up the entire thing agreeably.

For dessert, we went with their special that day – the Earl grey pannacotta. As pannacottas go, it certainly wasn’t the best. The biscuit base was a tad too tough and hard to break, and the pannacotta itself was slightly dense. However, the flavour was interesting and different from the generic dessert aromas. The texture of the pannacotta felt nice in my mouth, and the fresh, creamy, minty seasoning made it a lovely dish to end the meal on.

On the whole, I’d certainly recommend this restaurant to everyone with a lot of spare time on a weekend night and fairly deep pockets. So go try this place out for yourself, and let us know about your experience in the comments!