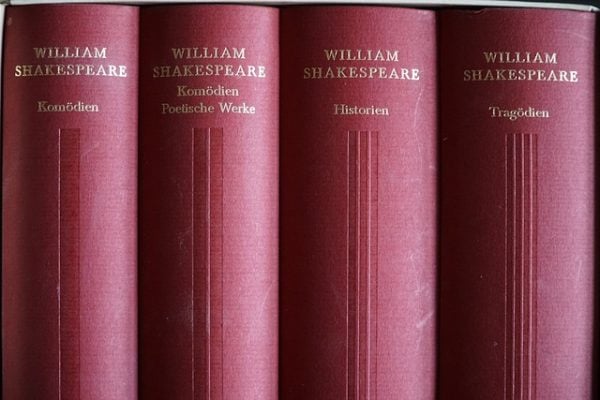 Shakespearean language has developed a reputation for being archaic, strange, and ridiculously difficult to understand. If you have ever had to study one of Shakespeare’s plays, then you know just how different the words and phrases are from modern English. It makes you wonder, how did we get here?

The evolution of the English language is a fascinating topic. Linguists spend their entire careers trying to solve the mystery of language and its history. To simplify this complex topic, keep reading ‘Shakespearean Language and The Evolution of Modern English.‘

What Is the Shakespearean Language?

Before we can understand why Shakespeare wrote in such strange ways, we need to look at what Shakespearean Language is.

Shakespearean English is actually modern English, believe it or not. The language sometimes referred to as Elizabethan English, marked the end of ‘Middle English’ and the beginning of a new era.

Middle English is thought to have ended around 1500, and Shakespeare lived between 1564 and 1616, so Shakespeare was not writing in Middle English. He was nowhere near the ‘Old English’ period of history that people incorrectly associate him with.

While it is true that Shakespeare began writing after the ‘end’ of Middle English, it is naive to assume the older style of English did not influence him. Languages rarely have a crisp, definite end. Instead, languages fade and evolve over centuries. Thus, the Shakespearean language existed in a sort of transition period.

So, if you struggle to understand what Shakespeare was saying in his plays, you have nothing to worry about! Even though the Shakespearean language is technically Modern English, his writing style was extremely different from today’s language.

Why Is It Called Shakespearean Language?

Now that we know a little more about Middle and Modern English, you may wonder why it is called ‘Shakespearean English.’ There were many other writers (and average people) using the language during Shakespeare’s day.

Scholars and academics usually use the term ‘Elizabethan English’ as it more accurately describes the language. Shakespeare’s English was just the way most writers spoke during Queen Elizabeth the First’s reign. However, the average person will always associate that style of language with William Shakespeare.

The reasons for this are complicated, but, generally speaking, Shakespeare is the best-known writer from the time and is widely regarded as the best English language writer of all time. Naturally, people would associate the language with Shakespeare’s work. 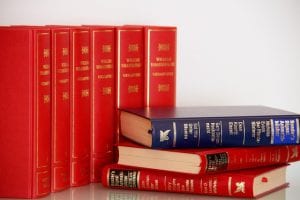 However, his popularity is not the only reason that Early Modern English is associated with William Shakespeare. A lot of the words and phrases we use today were invented by Shakespeare. The writer single-handedly changed the course of the evolution of the English language.

If you have ever used the phrases ‘heart of gold’, ‘wolf on sheep’s clothing’ or ‘wild goose chase’ then you have Shakespeare to thank. Not only did he come up with popular idioms, but he also invented everyday words and phrases like ‘upstairs’ and ‘downstairs’!

Therefore, it is vital for us to acknowledge this writer’s magnificent contributions to Modern English by calling the English ‘Shakespearean Language’ style.

People tend to assume that the only difference between Shakespeare’s English and today’s English is the peculiar way in which it was written. For some reason, the general public tends to believe that Elizabethan English simply used a few archaic phrases like ‘thy,’ ‘thou’ and ‘wherefore.’ In reality, though, Shakespearean Language sounded very different from the language we speak today!

If you had a time machine and you traveled to Shakespeare’s day, you would not hear anything that remotely sounded like English! Shakespeare used the same letters as us, but the way he pronounced those letters was nowhere near the pronunciations we are used to. 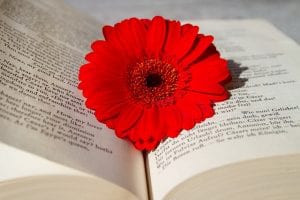 Some have theorized that websites like Sparknotes’ Shakespeare Translator have popularised the misconception that Elizabethans spoke like us. The translator provides modern language versions of Shakespeare’s plays, which makes it seem like the only difference between Early Modern English and today’s English is the writing style or vocabulary.

The closest approximations to Shakespearean Language we have now are the Gaelic languages of Ireland and Scotland. Most scholars agree that reading Shakespeare’s works in a Scottish, Northern Irish, or Welsh accent makes it sound better.

These accents mimic what Shakespeare intended the words to sound like, which usually reveals hidden rhymes and rhythm. So, the next time you want to watch a production of ‘Hamlet,’ try flying to the United Kingdom!

How Did the English Language Evolve?

The Beginning of English

English most likely started out as a proto-germanic language in the fifth century A.D. This does not mean that English comes from the German language. ‘Germanic’ is a term used to refer to people from a certain part of Western Europe. So, while English did not evolve from german, the two languages do have a common ancestor.

One fun fact is that the English language likely began with just three germanic tribes invading the island of Great Britain. The Angles, the Saxons, and the Jutes had no idea that their search for new territory would lead to a language that would soon take over the world.

Before these tribes invaded, the British mainland was populated by Celtic people with their own language. When the Germanic people arrived, they pushed the Celts into what is now Scotland, Wales, and Ireland.

Remnants of the Celtic language can still be found in the Gaelic languages spoken in those countries (although even these languages are at risk of extinction).

The main language spoken in Britain during this time was the dialect of the Angles. In fact, the name ‘England’ comes from ‘The Land of The Angles’, which was eventually shortened to ‘Angles Land.’ 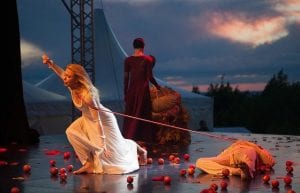 Over time, the germanic and Celtic languages started to mix. By 450 A.D, these pagan languages had transformed into ‘Old English.’ Old English looked and sounded astonishingly disparate to today’s English. The characters in the Old English alphabet resemble Greek and Latin letters and even Ancient Egyptian Hieroglyphics!

Some of the sounds in Old English simply do not exist in the vernaculars of native English speakers today. It is likely that an English speaking adult from the present would not be able to produce the sounds necessary to speak ‘Old English.’

This raises the question, why do we refer to that language as ‘Old English’ when it is so clearly unlike the way we speak today? The answer to this question is simple.

Old English may have been wildly different from our language, but around fifty percent of Modern English has its roots in this archaic dialect. Words like ‘be’ and ‘water’ originate from Old English.

Old English was spoken from around 450 A.D to 1100 A.D. Some notable literary works from this time include Beowulf, the Peterborough Chronicle, and the Anglo-Saxon Chronicle. Caedmon’s Hymn is widely regarded as the oldest known work of English Literature, and it was written in the ‘Old English’ era.

After the Old English era came ‘Middle English.’ Middle English was spoken from around 1100 A.D to 1500 A.D. The change was set into motion after William The Conqueror, the Duke of Normandy, invaded England. William and his Norman army brought the French language (or an early version of it) to the British mainland. 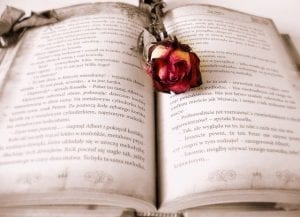 This invasion causes a severe class distinction in England. Like the kings, queens, and lords, the ruling classes all spoke French, but the peasants spoke Old English. That is why we have multiple versions of the same word today.

For example, ‘pork’ in French and ‘pig’ in English, ‘strange’ in French, and ‘weird’ in English, and so on. All the words we consider to be ‘fancy’ came from the Normans and their French speech.

However, the line between social classes has never been impermeable. There is and always will be some grey area between social strata of any kind. As a result, the French language slowly infused into Old English.

So, by the time English reasserted its status as the dominant language in Great Britain, it had already accepted many French words as its own. By the 14th century, Middle English was in full swing.

You might have heard of the great English poet Chaucer. His language would still be nearly impossible for us to understand today as the vowels and letters were quite different! Letters like ‘thorn’ and ‘ash’ were still around in the 14th century, but you would be hard-pressed to try and find them in any modern alphabet song!

Finally, we reach Shakespearean Language. Shakespeare English arrived just after the middle English period, so just a few sounds from that period can be heard in Shakespeare’s writing. Generally, though, the English language went through a period of change called ‘The Great Vowel Shift.’ This shift was basically just the phenomenon of people pronouncing vowels shorter and shorter.

This was an exponential change, and it is still taking place today! Phrases like ‘I am going to’ have been shortened in the modern vernacular to just ‘Imma’ ( as in ‘Imma go to the store).

It was around this time that the Renaissance, or rebirth, was starting to gain traction. Writers, artists, and musicians all returned to the ‘classical’ learnings of Ancient Greece and Ancient Rome. This led to many Latin, French, and Greek words entering the English lexicon.

The printing press was also invented during this period, which led to the standardization of English spellings. Before this time, people would spell words whichever way they wanted, which often led to confusion!

Shakespeare was also a notable figure from the Early Modern period of English. Hamlet, Romeo and Juliet, and A Midsummer Night’s Dream are iconic works of literature that will be cherished for centuries to come.

Colonization, on the other hand, is where the British got their new words and phrases. The names of certain ethnic items like coffee, sugar, and banana were introduced to the English language. Words for people and places like veranda and Sultan also got integrated into English. Overall, this led to a rapid change in the English language as we know it.

The Future of the English Language

English has already gone through so many changes in such a brief period of time. The last 400 years, however, are where most of the changes have taken place. As technology improves, so does the English language.

The shift from Shakespearean Language to modern-day English happened in what feels like the blink of an eye compared to how long it took to go from Old English to Middle English! 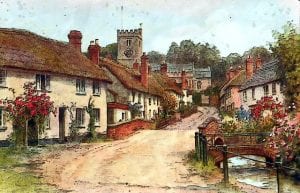 At the rate that the world is currently evolving, who knows how the English language will change in the future? We have already seen how slang and memes spread across the globe in mere minutes. Viral phrases like ‘fleek,’ ‘simp’ and ‘lit’ took the world by storm in a matter of hours and faded away just as quickly.

Who knows, there may even be a second Renaissance, and we all may end up speaking the Shakespearean Language again! Either way, the English language will continue to evolve so long as people are speaking it. All we can do is sit back and watch the transformations unfold.