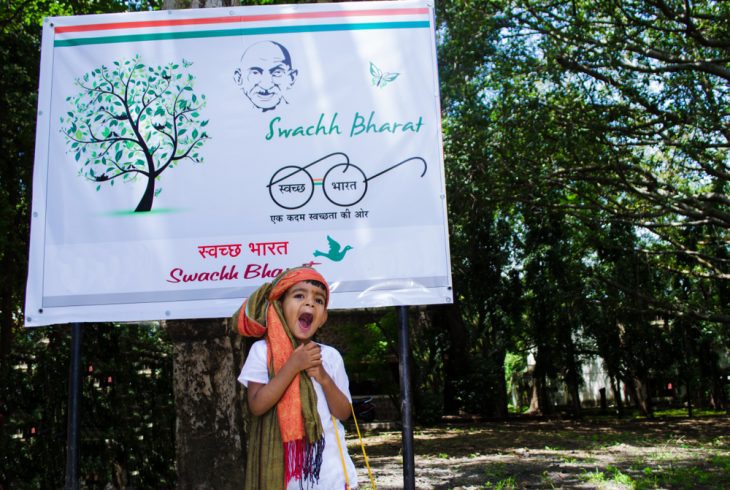 ‘Swachh Bharat Abhiyan‘ was initiated initially on April 1st, 1999, as the ‘Total Sanitation Campaign’ by the then government of India for maintaining a clean environment and proper sanitation, especially in villages. It was then transformed to ‘Nirmal Bharat Abhiyan‘ in 2012. Later, on 2nd October 2014, Mr. Modi relaunched this campaign under ‘Swachh Bharat Abhiyan’ to pay tribute to Mahatma Gandhi’s vision of a Clean India.

With massive support from India, this campaign was highly promoted by the govt. Of India. Many famous Bollywood and sports personalities such as Amitabh Bachchan, Amir Khan, Sachin Tendulkar, and many more came forward to make the citizens aware of the importance of cleanliness and this campaign itself. The role of the media was also subservient.

What started as a significant movement with intensive support from society doesn’t seem to have much impact these days. Undoubtedly, people have become more aware of cleanliness and its positive effects through social media and other platforms.

But there is still a chunk of masses unaware of the side effects of filth and dirt even after Swachh Bharat Abhiyan. Most rural India still defecates in the open and doesn’t know any waste management. Waste disposal management is in a deplorable condition in our country; people don’t heed the disastrous effect of their negligence.

Despite many warnings from environmental activists, the waste disposal on the riverbed of Yamuna is increasing at an alarming rate. Uncontrolled development and skewed planning have worsened the situation, and it’s not limited to the Yamuna River only.

When launching Swachh Bharat Abhiyan, Mr. Modi vowed to clean the sacred river Ganga, but only after three months did the Supreme Court review the situation and remark that Ganga would not be cleaned even in 200 years with this approach.

The sewage infrastructure is in bad shape, and the treatment technology is not up to the mark to clean the water adequately. Such failures put a big question mark on the success of ‘Swachh Bharat Abhiyan,’ which was relaunched with great expectations and many big promises.

The govt. has proposed many laws under which municipalities can punish those found spitting, urinating, and throwing garbage at public places. Setting up town vending committees in each local authority was also proposed. On the one hand, the government is trying hard to create an impression of working hard on this issue, but on the other hand, some politicians were seen putting dirt on the streets and then cleaning that dirt themselves.

This campaign is not more than just a political gimmick for some politicians. The efforts of the government are seen on paper only. For any such campaign which includes the masses of society, it becomes essential that there should be voluntary participation from them, too; as long as their mentality towards such an important issue is not changed, it will keep placing a hurdle on the success of this campaign.

The government is proposing laws and providing funds, but nobody knows how long is it going to take for such proposed laws to come into action; along with that, it is necessary to create more awareness programs, especially on grass root levels, so that the people of this country also feel responsible towards this and don’t rely upon the government only to work in favor of them.

Every individual must act responsibly, and the state government, as well as the local authorities, should work efficiently and effectively to make this campaign a successful one.